For the first time ever, I’m about to spend a laidback and truly enjoyable weekend in Lake Havasu City, Ariz. Allow me to explain.

Every year, OK, almost every year as I had a schedule conflict this year and another a few years back, I travel there to cover the Desert Storm Poker Run. It’s a great event—the West’s grandest go-fast powerboat happening—but it’s also a crazy-busy event, at least if you’re there to cover it. Free time to enjoy the lake is nonexistent, as is time to hang out with industry and consumer friends.

That’s about to change—at least for a weekend—as I’m heading to the DCB Performance Boats Regatta tomorrow. My biggest concern is being on time for the Friday evening welcome party at the London Bridge Resort, the host venue for the annual gathering of the DCB faithful, which is entering its 21st year. (As I take these party punctuality quite seriously, I have a 6 a.m. flight out of Sacramento to Las Vegas tomorrow.) 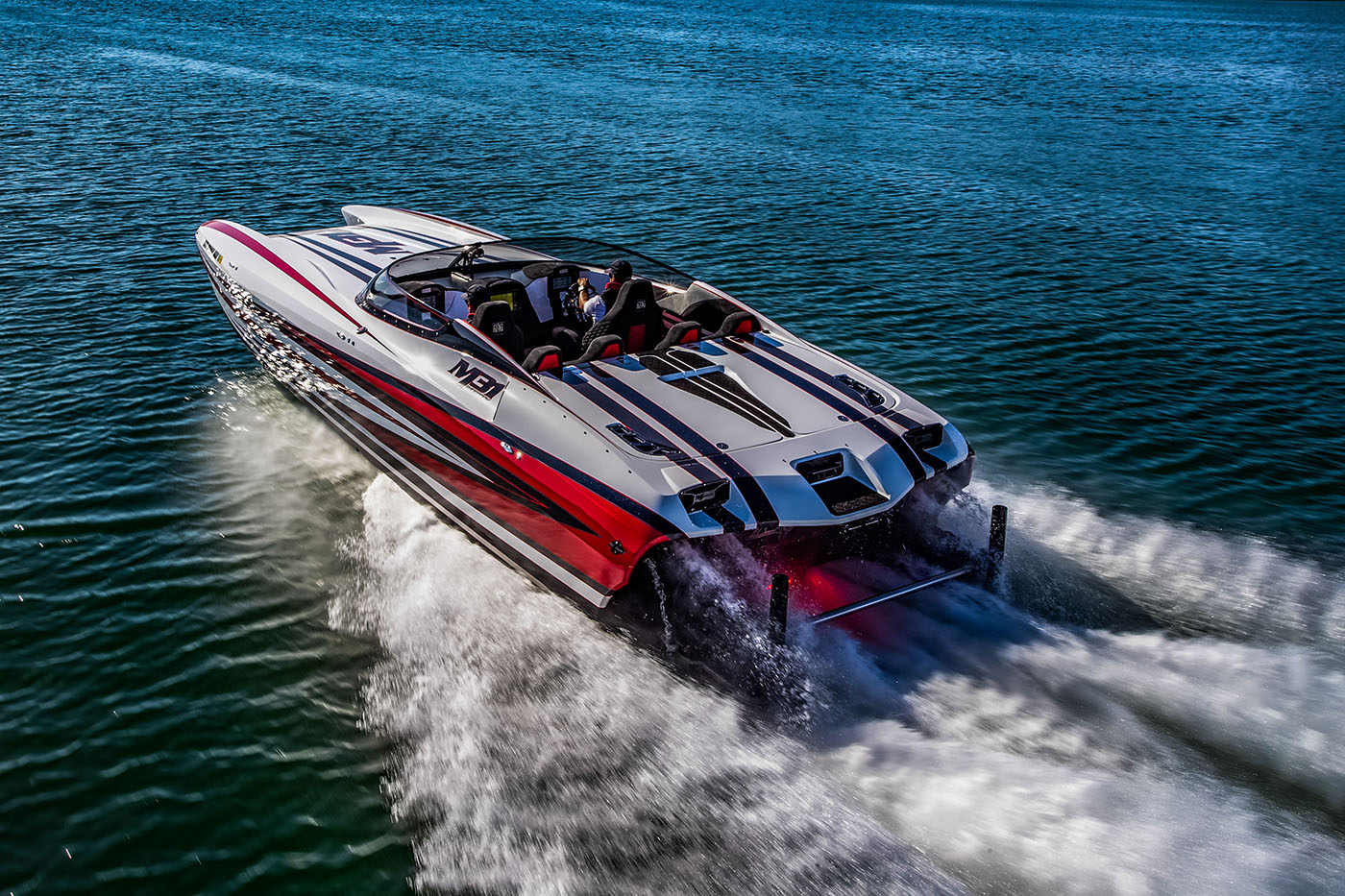 This stunning M35 Widebody catamaran was delivered to its owners during the 2018 DCB Regatta. Photo by Todd Taylor/Todd Taylor Images.

The next day, we have a crack-of-11:30 a.m. photo shoot followed by an uber-casual, four-stop poker run and a dinner celebration that evening. Participation in the poker run, or any event during the weekend, isn’t mandatory. DCB encourages attendees to do what they want.

My job? Soak it all in, spend time with a slew of DCB customers I’ve interviewed over the phone and written about on speedonthewater.com (we report every new DCB delivery) during the years, but never met in person. Kick back with my longtime friends and DCB company owners Jeff Johnston, Tony Chiaramonte and Paul Miller. Then write about all of it.

Duty doesn’t get any lighter.

Johnston said he is expecting 60 to 70 DCB models to be there this weekend, and that should be spectacular. The annual DCB display at Super Cat Fest at the Camden On The Lake Resort in Central Missouri is breathtaking—and that’s just 12 to 15 boats. To see four-plus times that many DCB creations in one place at the same time will be delightful sensory overload.

Plus, a few DCB customers have offered me rides in their boats. Among them is Greg Timmons of Long Beach, Calif., who just took delivery of the first DCB M33R Widebody catamaran to be powered by Mercury Racing 450R outboard engines.

Last summer, I ran an M33R powered by Mercury Racing 400Rs outboards with veteran offshore racer Grant Bruggemann during the Speed On The Water Sport Catamaran Roundup on the Lake of the Ozarks, that boat had plenty of punch. I can’t wait to see what it does with the 450R offerings. (Chiaramonte ran the boat to 125 mph in its first test session.)

But what I love most about covering brand-specific gatherings—and I’ve covered a bunch of them during the years—is the atmosphere among attendees. That they all own boats from the same builder, in this case detail-obsessed DCB, bonds them as an extended family.  Camaraderie on that level is a pleasure and a privilege to be around. And with tomorrow’s delivery of a new M31 Widebody catamaran, another customer is about to join the DCB family.

Bring on the DCB Owners Regatta. I’m ready to head to Lake Havasu—and relax. As I said, duty doesn’t get any lighter.