Growing up in a sleepy Southern California beach town, my friends and I had a Thanksgiving day ritual. If the weather was good—and it usually was—we headed to the strand for a friendly game of touch football. More often than not, “touch” turned to “tackle” on the first play. Visits to the emergency room, always a hoot during the holidays, were not unheard of.

We all have our Thanksgiving rituals, right? Mine has morphed into a morning mountain bike ride, weather allowing, followed by a full day of eating, drinking and watching football on TV with family and friends.

Ryan Beckley, a veteran offshore racer and a good friend, of Sarasota, Fla., and his family, have a ritual of their own. They head for Key West. 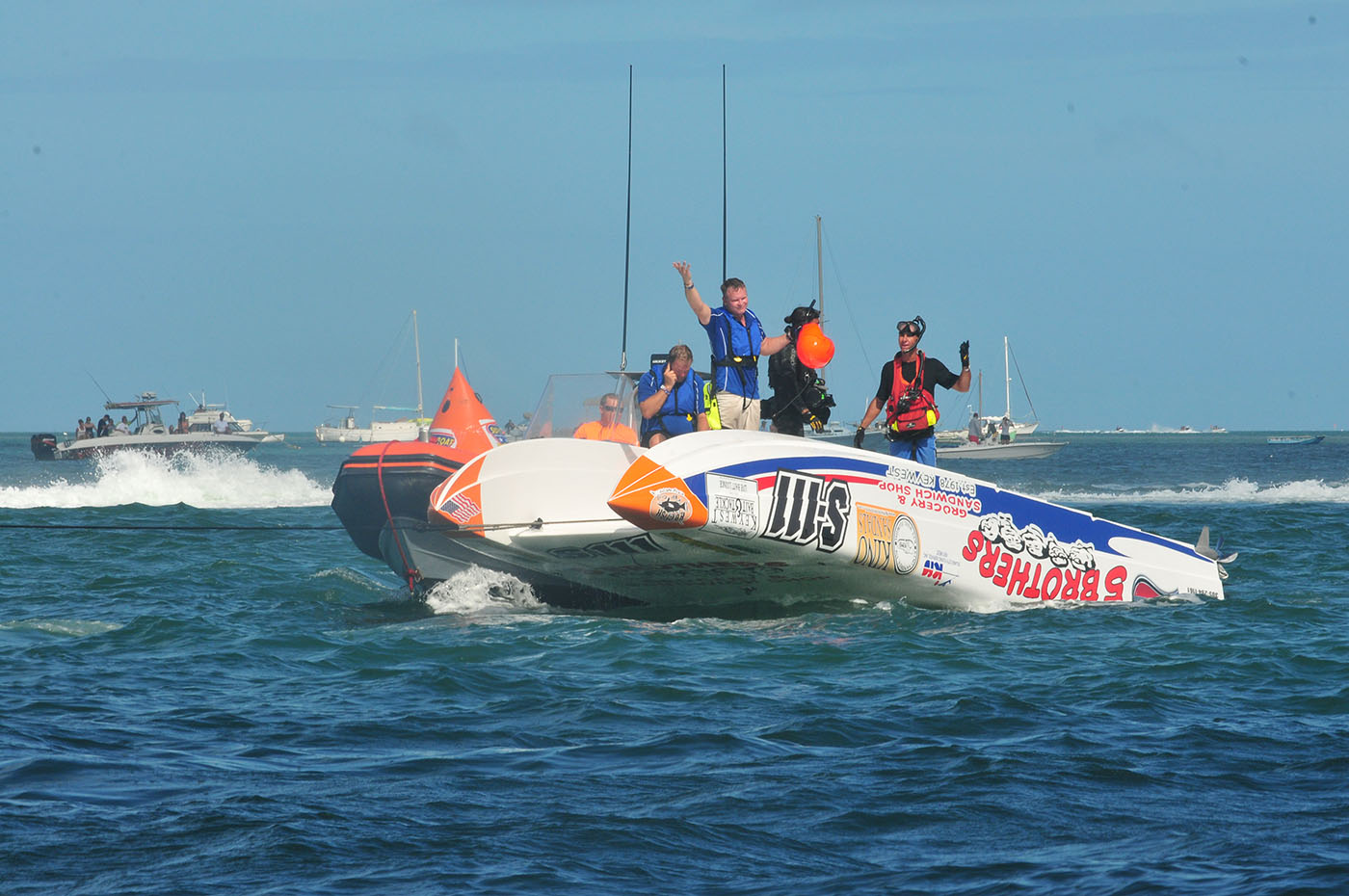 Beckley has had his up and downs in Key West, but it will always be his home. Photo by Pete Boden/Shoot 2 Thrill Pix.

The tradition started in 2011, the year that saw three racers—Joey Gratton, Bob Morgan and JT Tillman—die following accidents to during the Super Boat International Key West Offshore World Championships. Though Gratton and Beckley were longtime friends and Beckley went on to build a New Year’s Day fun run in his honor, all three deaths hit him hard.

“After a miserable week in Key West, we needed to go back for a good, enjoyable time,” said Beckley, a former Key West local who graduated high school there in 1993. “Key West will always be my home. I cannot explain the connection or draw but we love it there.”

This year, Beckley, his wife, Debbie, and their six-year-old son, Connor, will be by joined by Debbie’s parents and brother. Per tradition, they’ll stick with a classic Thanksgiving dinner rather than opting for stone crab, conch or something with fins and gills.

“We normally go to Geiger Key Marina for full Thanksgiving dinner,” he said. 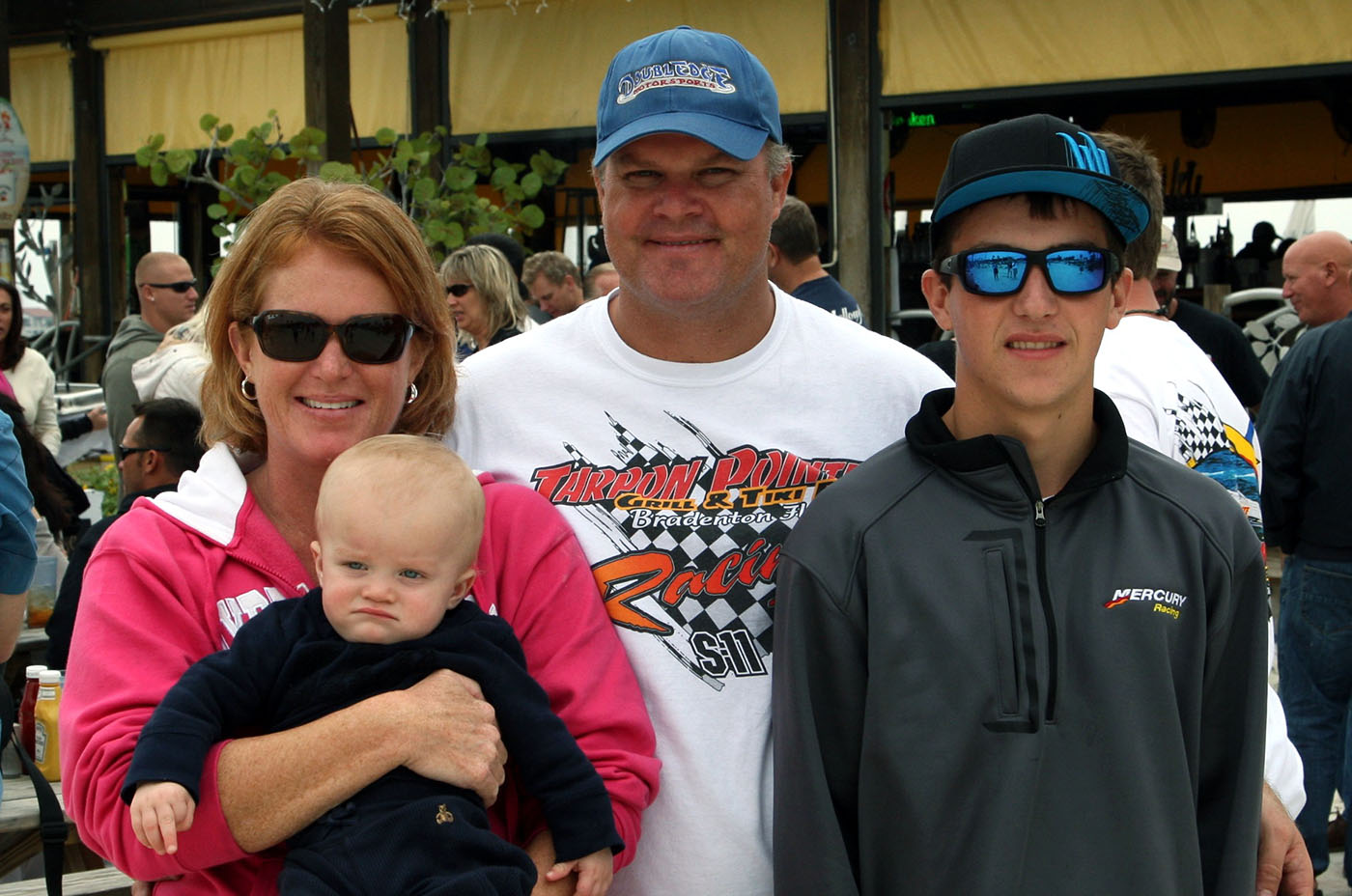 The Beckley family has celebrated Thanksgiving in Key West since 2011.

Beckley said he hopes the tradition never ends, but it may have to—or at least be put on pause—in the near future as his son become an avid BMX racer.

“If he continues his BMX climb, the Grand National Championships are on Thanksgiving weekend,” he said, then paused for a moment in disbelief for what he was about to say. “In Tulsa, Oklahoma.”

As it happens, Beckley has something to be particularly thankful for today. Last weekend, he added a 2019 Offshore Powerboat Association Super Stock Class World Championship to his racing resume.

“It easily made up for a pretty terrible last 18 months since my heart problems last year—a year of breaking down this season after crashing the boat in Englewood Beach last year,” he said. “It felt so good. I cried after the race.”

Happy Thanksgiving to all. And Ryan Beckley?

Say hello to the city at the end of the road for us this week.