You are at:Home»Advice»Boat Documentation Made Easier

Nicole Lee, the owner of Infinite Concepts in Arizona, said she didn’t intend on getting into the marine vessel registration and documentation business, but she’s happy that she did. And it’s not like she was unhappy where she was, which was working amongst the family friend confines of DCB Performance Boats in El Cajon, Calif. The opportunity arose at the right time and she jumped in with little hesitation.

Little did I know Nicole, the charming woman, who I met while joining DCB general manager Paul Miller—her longtime friend from well before she started working for the company—for the 2018 Desert Storm Poker Run in the new DCB M33R Widebody catamaran powered by twin Mercury Racing Verado 400R engines, would reach out a year and a half later to tell me about her new business venture.

And I’m glad she did—not just because I got a story out of it but also because I learned some things about boat registration, which sparked several conversations at various poker runs I attended throughout the summer.

I understand the business of putting some numbers on the side of your boat is far from glamorous, but it’s necessary and there are actually different ways of going about it, which is why Lee is offering her services to performance boaters across the country. She also handles fishing boats, yachts and more, but thanks to her former ties with DCB go-fast boats are her specialty.

Take Southern California performance boaters Dave and Buffie Megugorac, who own Bananas and Bananas XL, a DCB M35 Widebody and a DCB M44 Widebody. She helped the Megugoracs with all of their registration—and she’s helped several DCB customers as of late, including Mauricio Vivanco, Brad Benson and many others. 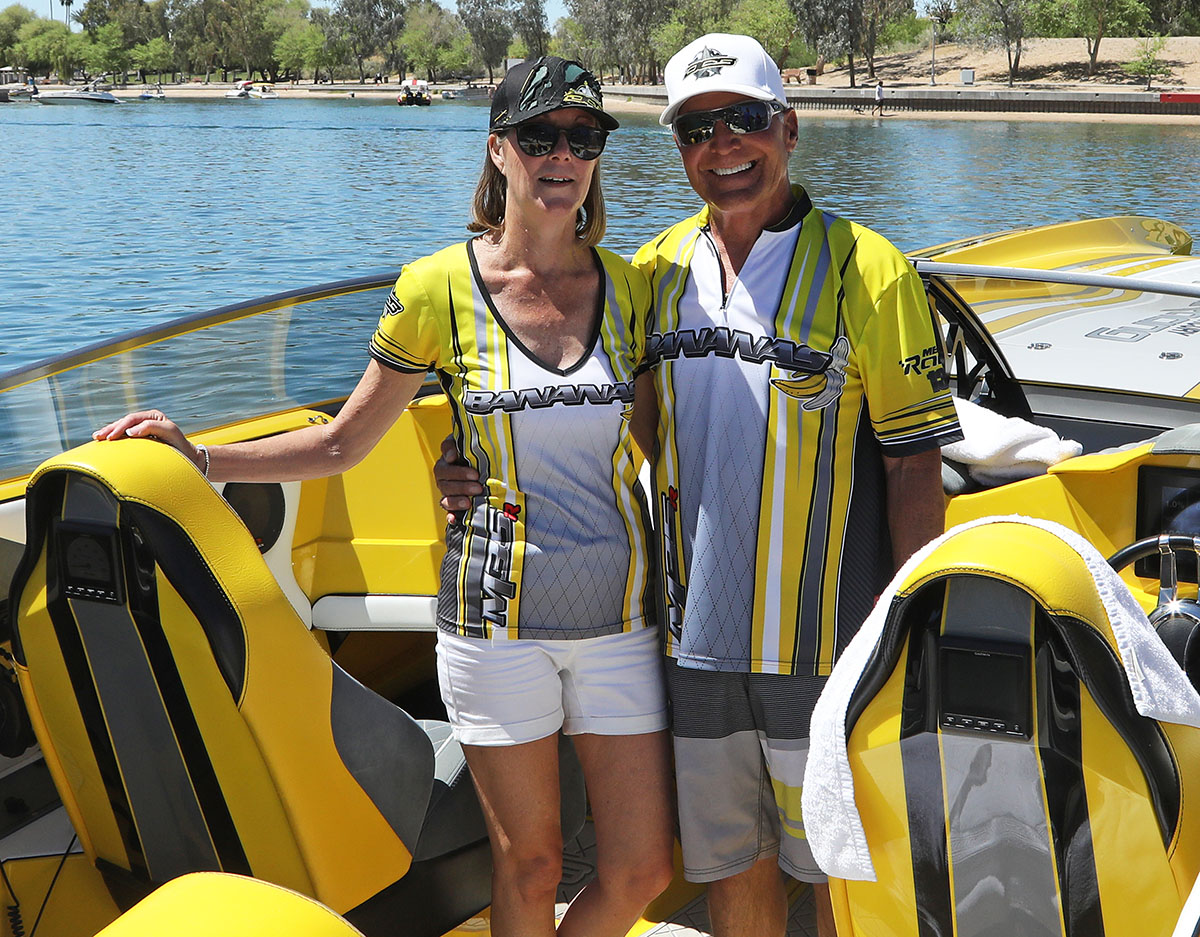 Nicole Lee has assisted Dave and Buffie Megugorac with documentation for their DCB catamarans. Photo by Jeff Helmkamp

“We definitely refer our customers to Nicole—she knows what she’s doing and she’s willing to take the time to research anything she doesn’t know,” said DCB president Jeff Johnston. “For us, it’s nice to have a third party who handles this kind of stuff. We didn’t want to lose Nicole, but she had a great opportunity, and she’s still part of the DCB family.”

“It was sad to leave everyone at DCB, but I was at a point in my life where I needed to work some things out and do what was best for my family,” Lee said. “I feel like a lot of people don’t know what options for documenting their boats so I’m here to present what’s available. I learned a lot at DCB—the experience was invaluable.”

Along with state registration, Lee said she’s been handling a lot of U.S. Coast Guard documentation, which allows a boat owner with a vessel longer than 30 feet with a certain net weight to register it so they can boat on any waterway in the country as well as Canada and Mexico. She’s also starting to assist people with foreign documentation so they can boat internationally with ease. 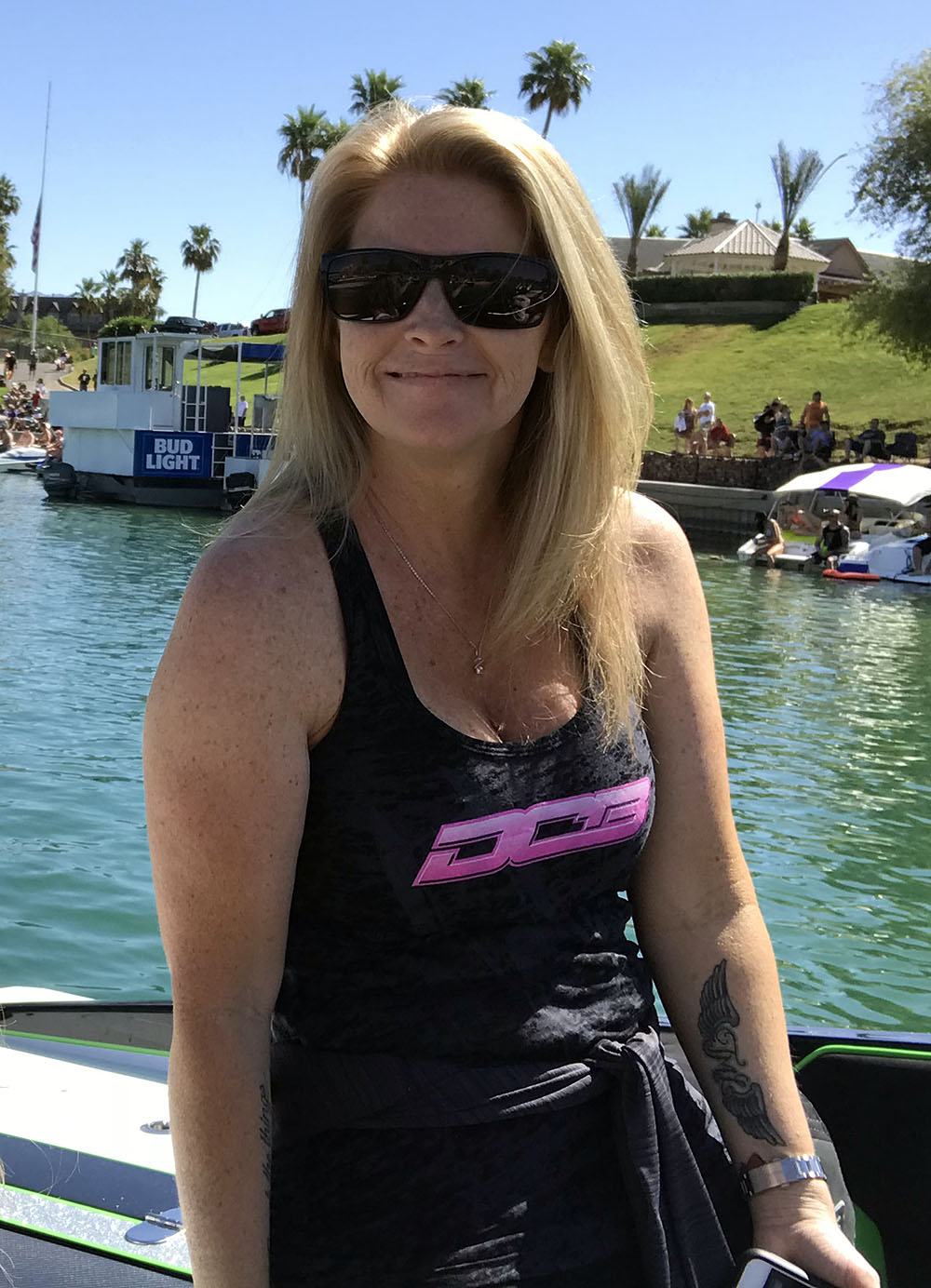 “I had been doing a little of everything at DCB and one of my tasks became assisting customers with documenting their boats whether it was locally or federally,” Lee said. “What I really had to understand was an owner’s intentions and what options worked for them. There are a lot of things to take into consideration when registering a boat. The Coast Guard documentation is a nice option that can save people some money, but it can also be a lengthy process that you have to stay on top of.”

Lee said she recently had a customer who purchased a pre-owned performance center console, which had never been registered or documented, which the owner didn’t know before he bought it. So he got a hold of Lee, and after weeks, make that months, of staying on top of things, she got everything handled correctly and legally.

“I’ve jumped into the foreign flag documentation, too, which is a whole new world,” Lee said. “I’ve teamed up with attorney so we’re doing everything legally.”

Rick Hidalgo of Maxed Out Marine in Lake Havasu City, Ariz., said Lee has been a blessing for his business.

“Nicole has helped us with documentation for a while, but she’s now employed by the company in an office manager position,” Hidalgo said. “She’s made great connections in the insurance and financing industries, which allows us to handle everything for our customers in one place.

“And she is such a sweet person,” he continued. “The best part is that she just gets things done. She’s always willing to figure out a way to get things done. In this business every deal is different and laws are different everywhere you go. She’s not afraid to do the research to make sure things are done properly.”

Lee said any boaters interested in her services should call her for further information regarding their options. Seems like a wise phone call to me—plus she’s just so nice to talk to, and incredibly helpful and knowledgeable.