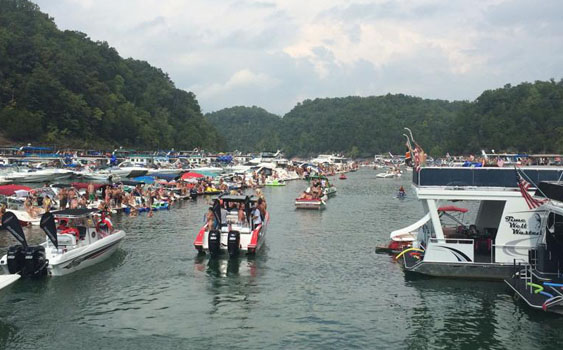 Several months ago, I read a cool story called Deja Blue in Blue Hawaii on the recently redesigned Sunsation Powerboats’ website. The story was about a husband and wife—both officers in the U.S. Army—who received orders to station in Hawaii. Doesn’t sound half bad until you consider that Greg and Susan Dutka were avid boaters who shuddered at the thought of leaving Deja Blue, their prized 32 Dominator SS, behind in Texas.

After being unable to envision life without their boat, the Dutkas decided to face the challenges of shipping the 2006 model, storing the trailered boat on the island and finding someone on Oahu to service the 32-footer and its twin MerCruiser 496 Mag HO engines. 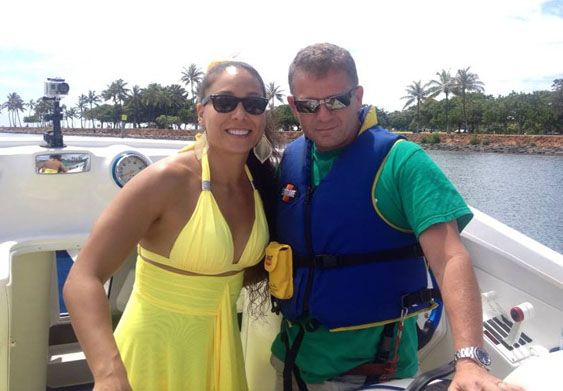 With a full summer living the island lifestyle, which included running the Leeward Coast from Waikiki to Ko Olina Resort, lounging at the sandbar in Kaneohe Bay or spying dolphins, whales and turtles from their sportboat, the couple realized they made the right choice by bringing Deja Blue to Hawaii.

The Dutkas, who plan to ship the 32 Dominator SS back to the mainland at the end of their three-year tour and pick back up with their lake-boating lifestyle, may have a more fascinating story than your average Sunsation customer—or any performance boat owner for that matter. But based on my travels this summer, I realize there are many Sunsation owners who embrace the boating lifestyle just as much as the Dutkas. 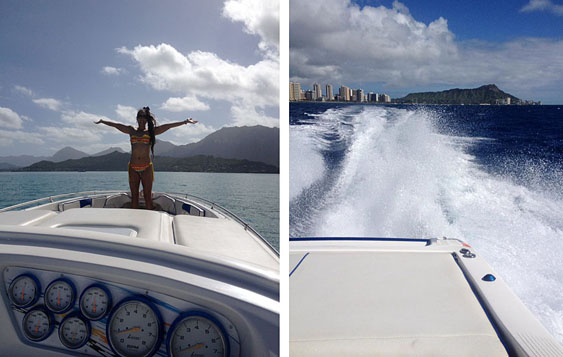 The Dutkas have been exploring the island of Oahu in their 32-footer since moving to Hawaii earlier this year. (Photos courtesy American Performance Media.)

Take Virginia Beach’s Craig Mytelka, who has owned several offshore models from Sunsation over the years and currently has a 34-foot center console (34 CCX) with twin Mercury Verado 300 engines. Although it’s taken some getting used to, Mytelka now understands the mission of his new boat. Rather than sacrifice amenities and comfort to go as fast as he could from place to place, the center console is an entertainment platform that can take a sizable group from place to place capably and efficiently.

Mytelka said that except for the occasional time when he wants to “haul ass,” the 34 CCX meets all of his family’s boating needs.

“With the 34 CCX we weren’t concerned with weight so it has a huge stereo, giant coolers, a cabin with a bathroom and all kinds of lounge seating so you can stretch out,” Mytelka said. “I miss the adrenaline rush of my go-fast boat, but for 90 percent of the boating we do, the center console is perfect. Plus it has joystick steering—it’s practically idiot-proof compared to the 43-footer with Cleaver propellers and staggered motors.”

Mytelka said his 43-footer included a nice stereo as well as a cabin with a generator and air conditioning, so it was enjoyable just not a boat you wanted to hang out on all day, especially without any protection from the sun.

“Most of what we do on the center console is socializing,” he said. “The boats are perfect for that and they keep coming out with crazier stuff to make entertaining on a boat that much better.” 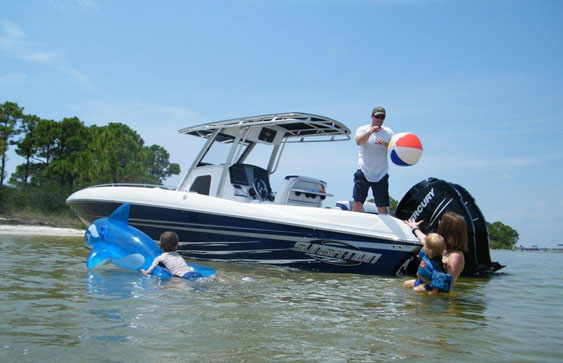 Wayne Schaldenbrand, an owner and founder of Sunsation, said the Algonac, Mich., company has been building boats for both performance and entertainment purposes since the beginning. But thanks to advancements in manufacturing, lighting and equipment over the years as well as the popularity of raft-up and dock parties at various events, the focus has shifted toward enjoying the boat as much—if not more—while it’s not moving than when it is.

“We’ve never been your hardcore go-fast boat company,” Schaldenbrand said. “We’ve built pleasure boats than can run fast, but we’ve always done built-in coolers, glove boxes, cabins and other places to put things. We’ve built the boats for her, too.

“Now with the center consoles, we’ve been able to take even more liberty on the entertainment side,” he continued. “We’ve got kind of a crossbreed with the boat as you can have fun in and out of the water with the family, do a little fishing and then have something nice for taking friends and family to dinner.”

Both Wayne and his brother, Joe, were especially excited about the presence of the company’s boats at last month’s Lake Cumberland Poker Run in Kentucky (read the story). It got them thinking about the way boats are built nowadays with an even greater emphasis on enjoying them from every aspect.

I have a feeling—whether they’re Schaldenbrand ideas or something customer-suggested—that there are going to be some cool features on the next new model, the 32 CCX. Expected to be finished in the spring (ready the story), the 32-footer is sure to adapt to various boating lifestyles like the rest of the Sunsation lineup.