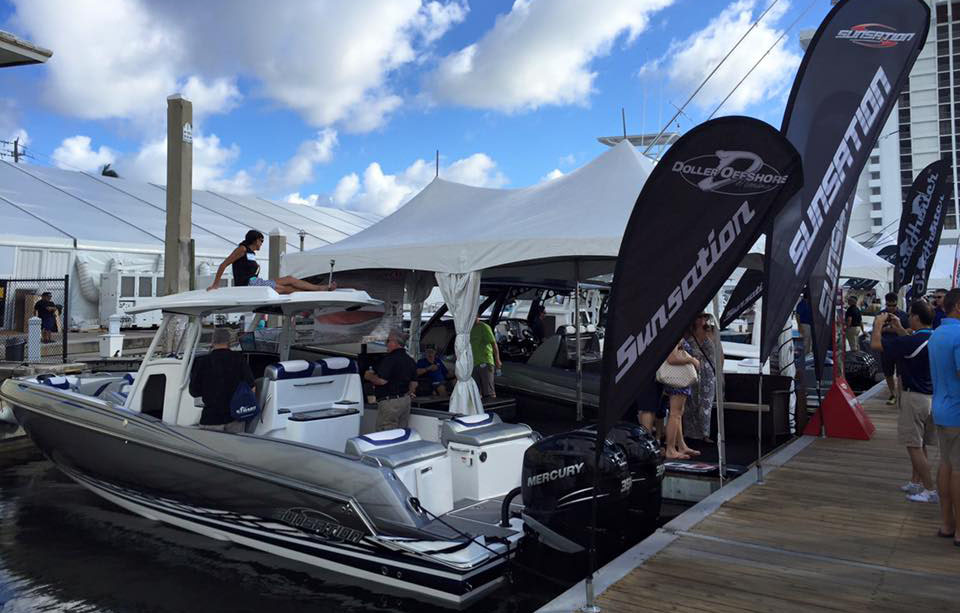 The first 32 CCX from Sunsation Boats made its public debut this week at the Fort Lauderdale International Boat Show.

Between stories on speedonthewater.com about the first new 32-foot Doug Wright catamaran with twin Mercury Racing Verado 400R engines, the unveiling of the Performance Boat Center/Jimmy John’s-backed 38-foot Skater Powerboats canopied catamaran just in time for the Super Boat International Offshore World Championships in Key West, Fla., and the restoration of White Tornado, a classic 1969 Bertram offshore raceboat, by TNT Custom Marine, it’s been a solid news week. And that’s not even counting the half-dozen reports on race teams preparing for Key West as well as new product stories from the likes of Active Thunder, Cigarette and MTI.

Yet somehow the story I wrote Wednesday on the sale of the first 32 CCX from Sunsation Boats—a boat Matt Trulio and I have covered extensively here on OffshoreShore.com as well as on speedonthewater.com since Sunsation announced it was building the boat last year—managed to generate some excellent traffic numbers. Especially when you consider it was our seventh story dedicated to the new 32-footer. Obviously we wouldn’t cover it if we (and our readers) didn’t deem it newsworthy. 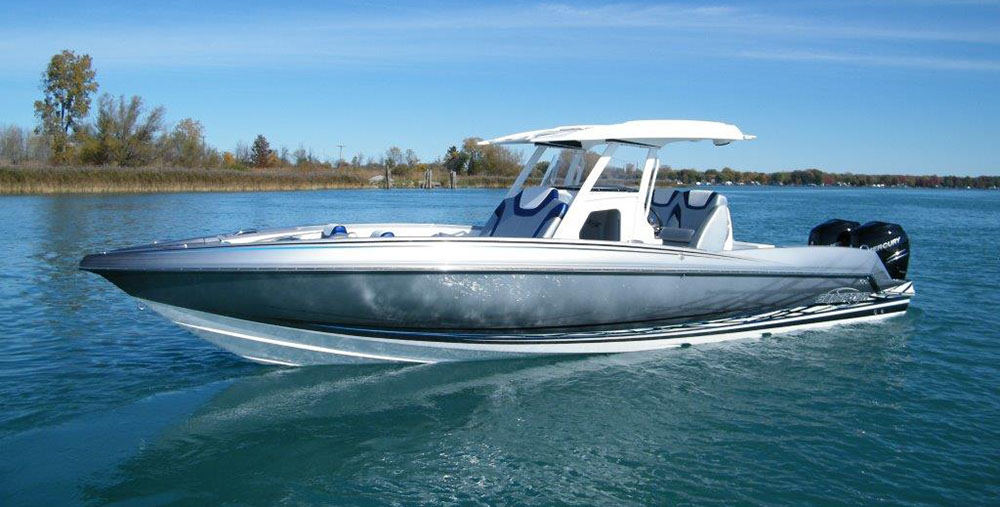 According to everyone who has ridden in it so far, the 32-footer is a home run.

So here’s the news in a nutshell—you can read all seven stories by clicking the headlines at the end of this story—Sunsation finished the new 32 CCX, which is powered by twin Mercury Marine Verado 350 engines, just in time for this week’s Fort Lauderdale International Boat Show. After getting a thumbs up from design consultant and performance boat instructor Tres Martin, who test drove the boat in Michigan last week, the center console left for South Florida and was sold to a Doller Offshore Marine customer before it even arrived at the show. Fortunately the boat is on display through Monday before the new owner, an experienced boater from New Jersey, takes delivery.

In my opinion this is what’s cool about the world we live in today. Five or 10 years ago when Trulio and I were working at Powerboat magazine, the ability to follow a project from the plug and the mold to the paint shop and the rigging bay to the water test (with and without a completed hardtop) and into the customer’s hands, just wasn’t possible. 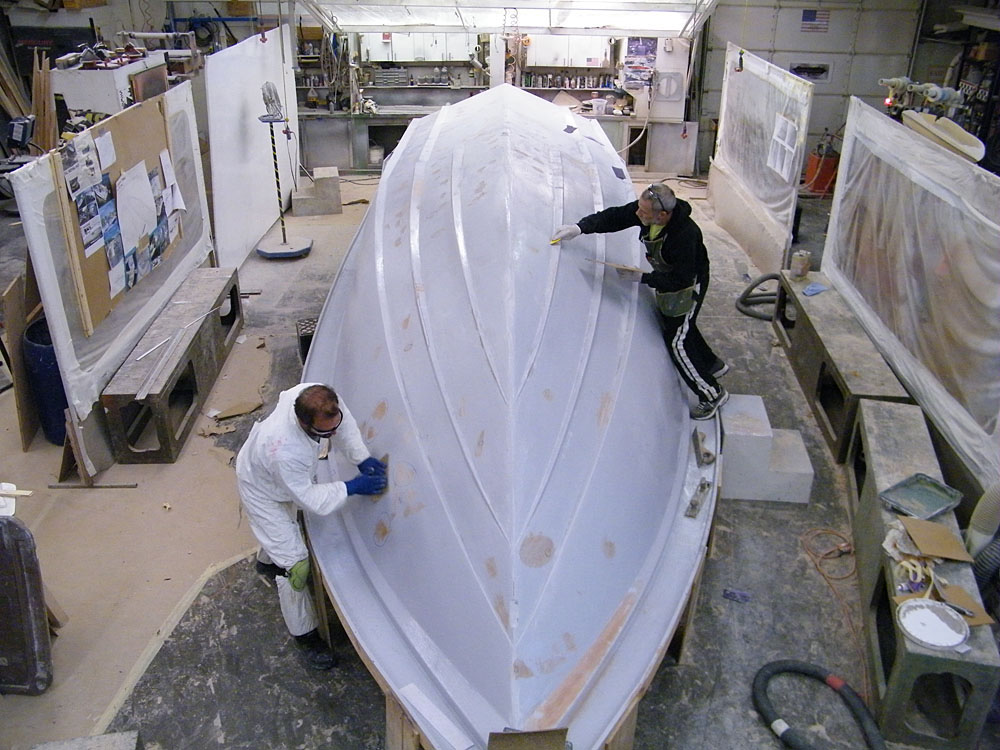 I take that back, maybe it was possible—it’s just that the story may have stretched out across several pages of the monthly magazine. And with the way our “what have you done for me lately” society works, being able to showcase the boat in various stages (builder cooperation necessary of course) over a complete series is pretty captivating.

Of course the 32 CCX isn’t the first new build or conversion we’ve followed like this—we have a Project section of the site (some more extensive than others)—but it has been one of the most interesting. Mainly because speedonthewater.com has been the go-to resource for all things Sunsation, reporting on the early stages of the company’s first center console, the 34 CCX, to its 29 CCX and the work-in-progress 39 CCX that was announced earlier this year.

Most important though is the fact that Sunsation continues to create the type of product that is plenty newsworthy and appealing to so many customers (the company has seven 32 CCX models on order). Surely this won’t be the last model from the Algonac, Mich., builder that receives similar treatment.