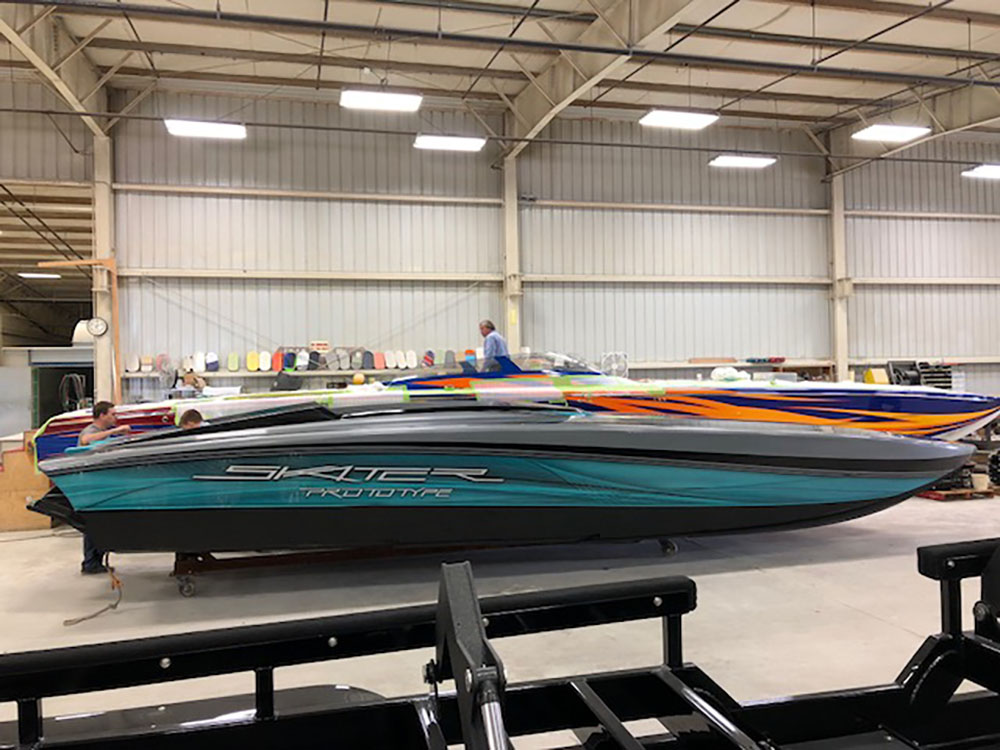 Rayzor’s Skater 30 Prototype renovation and repower project is in its final stages.

In addition to Dale Rayzor himself, there’s a long list of folks—mostly family and friends—who can’t wait for his Skater 30 Prototype catamaran restoration and repower project to be complete. As it happens, I’m somewhere on that list.

Rayzor lives in Discovery Bay, a waterfront community about an hour, on a good day, from my home in Belmont, which is roughly 25 miles south of San Francisco proper. Rayzor has promised me a day on the bay in his 30-footer, which is being converted from inboard Sterling Performance Engines power to Mercury Racing Verado 400R outboards.

Chances are, you read about it a couple of weeks back in an installment of this column called “Teal Is The New Black.”

And I know exactly how I’m going to repay him for the experience: with excellent seats to a San Francisco Giants game as I’m lucky enough to be part of an eight-couple group that shares a pair of season tickets 14 rows behind home plate. We’ll go by boat—his boat—of course.

Naturally, I’ll get a feature story out of it. Mixing work and play is one of the big perks of this job. 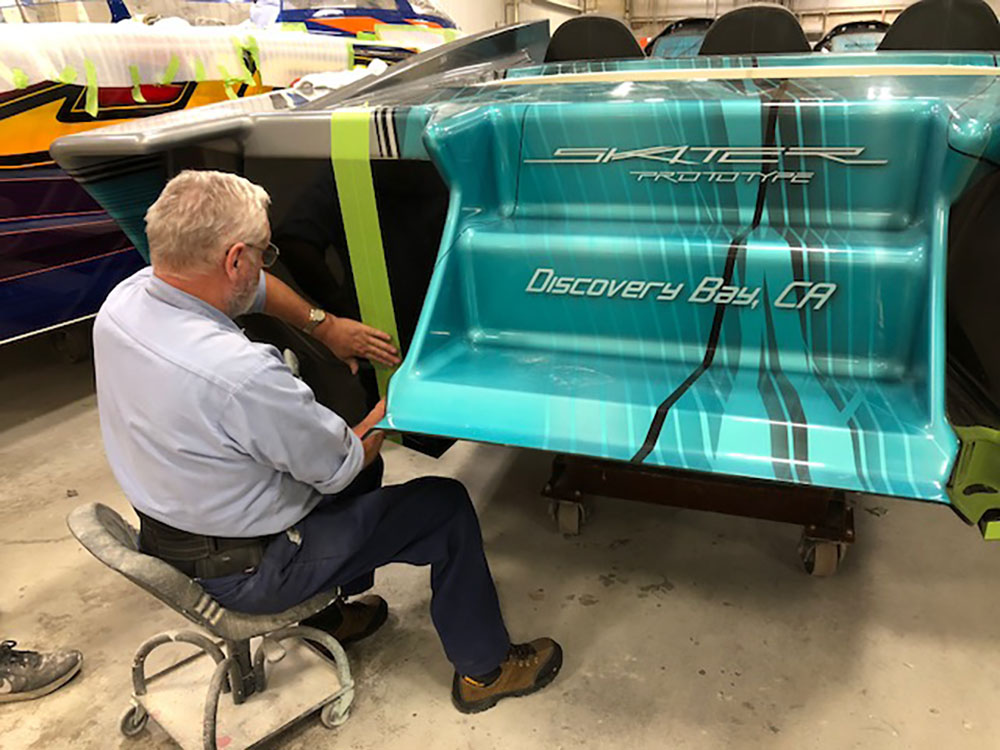 Taking his usual personal interest in his work, Skater’s Peter Hledin laid out the boat’s transom for installation of its outboard brackets.

Right now, that boat is back at Skater Powerboats in Douglas, Mich. Its windshield has been installed on its deck and is awaiting cut-down. Company owner and founder Peter Hledin has the transom ready to go for its STR brackets that will hold the 400-hp supercharged outboards.

Pre-rigging is underway. If all holds to plan, the project will wrap up next month.

Rayzor spent the past few days at the Skater facility watching the team there breathe new life into his 13-year-old cat. He’s actually been back to Skater several times since the project started.

“Chris Mills at Boat Custom burned the midnight oil to get it done,” said Rayzor, who plans to run the cat at the Lake of the Ozarks in Central Missouri in late August. “Pete laid out the transom for the brackets and also personally taped the windshield—it will have the lowest cut-down windshield of any Skater yet.” 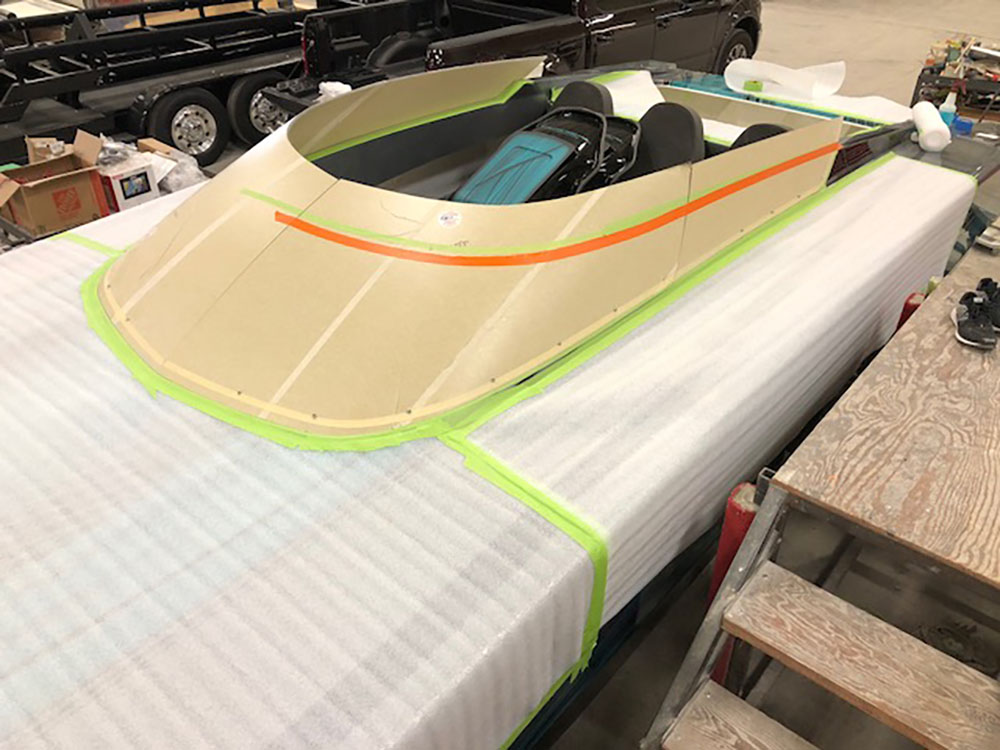 Said Rayzor, “It will have the lowest cut-down windshield of any Skater yet.”

As soon as Rayzor gets his beauty back to Discovery Bay, he’ll start dialing it in preparation for the top-speed shootout competition. But he’ll also be running it for pure pleasure in the maze of narrow slues and wide channels in the Sacramento River Delta, as well as in San Francisco Bay where a 30-foot, low-profile will be downright tiny compared to the massive cargo ships that regularly ply those often lumpy and bumpy waters. He has all summer to get ready for the competition.

But somewhere in there, he’ll have to fit in a run from Discovery Bay to McCovey Cove behind AT&T Park, the home of this rabid fan’s favorite team, for a game. (Thanks to this column, now he knows that. Don’t worry, Dale, I have all summer and Giants tickets to go with it, too.) I’ll even spring for the day-slip at the nearby marina and lunch at the ballpark.

That’s the least I can do for the ultimate ride to a baseball game, right?