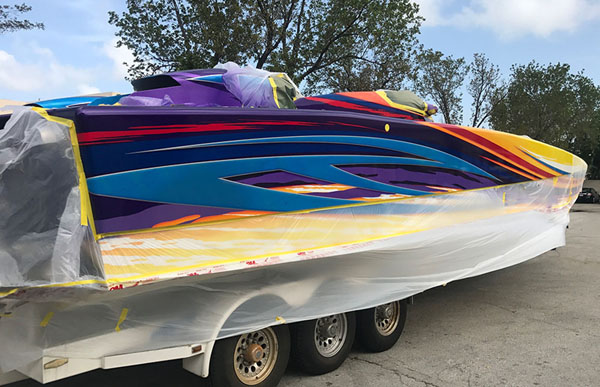 After the repair work done by the team at Brand X Hi-Performance, you’d never know Chris Ryder’s 36-foot Skater had a giant scratch down the side of it. Photo courtesy Jason Ventura

Most everyone knows Jason Ventura of Brand X Hi-Performance Marine in Pompano Beach, Fla., as the hands-on, no-nonsense pro that he is. The guy who has been at the helm, by the side and behind the scenes of so many iconic performance boats campaigned at poker runs, races and other events over the past two decades has a remarkable reputation in the industry thanks to his attention to detail and vast amount of experience.

Yet over the last few years, thanks to several key clients, employees and partnerships, Ventura’s business has grown beyond his forte of setup, maintenance and concierge services. Along with partnering with his good friend, Rob Stanley, on Brand X Brokerage & Sales, which was established to provide customers the opportunity to sell their current boats and find new ones through an extensive and resourceful network, Ventura recently expanded the work that Brand X can handle to include full paint jobs, spot-on paint repair and extensive fiberglass fabrication.

To accommodate the extra work and extra personnel—his team now includes two painters and two glass guys—Ventura said Brand X is adding another 10,000 square feet to its shop. No one would be surprised if the company ends up needing even more room down the road either. 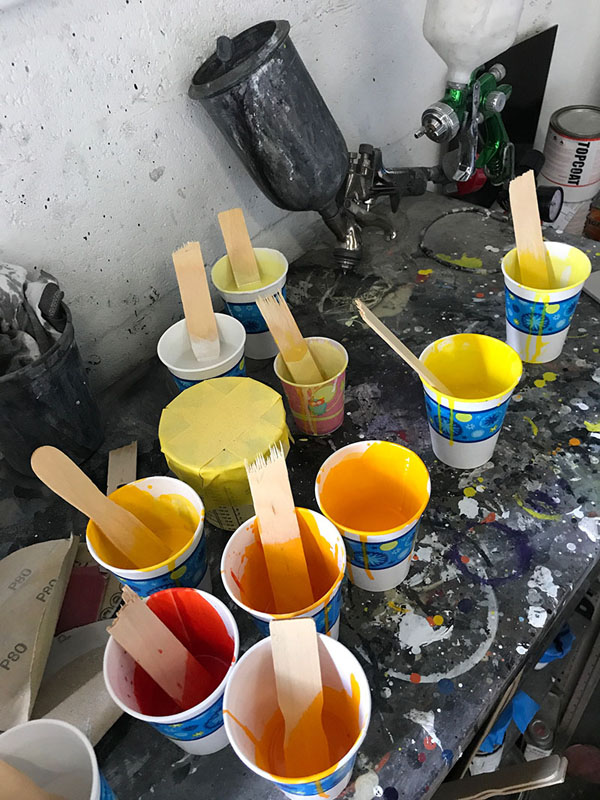 One of the latest paint repairs the Brand X team tackled was a massive scratch down the starboard side of New York performance boater Chris Ryder’s Skater Powerboats 368 catamaran powered by a pair of 1,050-hp Smith Power engines. And the results did not disappoint.

“I’ve known Jason for years, but I’ve never really utilized his services because my boats have always been in New York or on the west coast of Florida,” Ryder said. “Grant’s Signature Racing usually takes care of my stuff but Grant Bruggemann and his team don’t handle paint repairs. I knew Jason’s crew has been doing that type of work lately so I asked him if they could handle a sizable repair that happened while the boat was in transport. Jason picked up the boat and was halfway done with the repair by the time I followed up to schedule it. 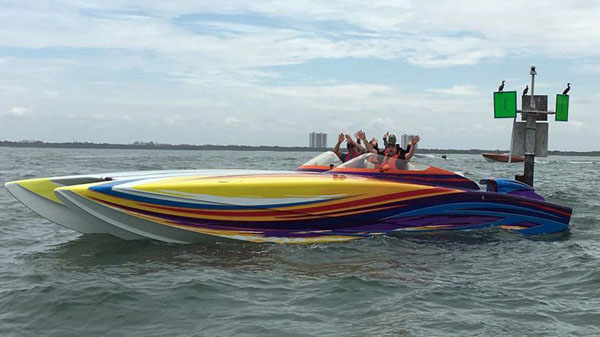 Ryder’s Skater 368 on the water at an event in Florida earlier this year. Photo courtesy Chris Ryder

“I wanted it done the right way and his reputation speaks for itself, but I still wasn’t sure if it could ever be fixed to my satisfaction,” added Ryder, who purchased the Skater—his sixth built by the Douglas, Mich.-based company—last November. “The scratch went through multiple colors and clear through the paint. I was in full panic mode because I had a trip planned with the boat. Luckily the guys at Brand X worked nonstop and delivered it just in time. As for the repair, there is no repair. It’s gone—completely invisible. The color matches are perfect and even knowing where the scratch was, and comparing pictures, I can’t find any evidence there was any damage at all.”

Ryder made sure to thank Ventura, Ventura’s better half, Celeste Segredo, Jordan Becher and the rest of the team at Brand X for their extra effort and exceptional talents.

Ventura, of course, welcomes the repairs—big or small. It’s just another thing for the Brand X team to be good at.