Thanks to an industry friend, Jody Hamilton of Diverse Offerings Finance in Buford, Ga., I was informed a couple of months back that there was a new Glasstream Powerboats 360 center console being built for Dane Michael and the team at Lakeside Marine and Motorsports, a sales and service center in Gainesville, Ga. Hamilton, who provides direct retail financing to buyers, sellers, brokers, dealers and manufacturers for aircraft, boats, RVs and yachts, also told me that the new “poker run edition” boat was going to do its first poker run all the way on the opposite side of the country. 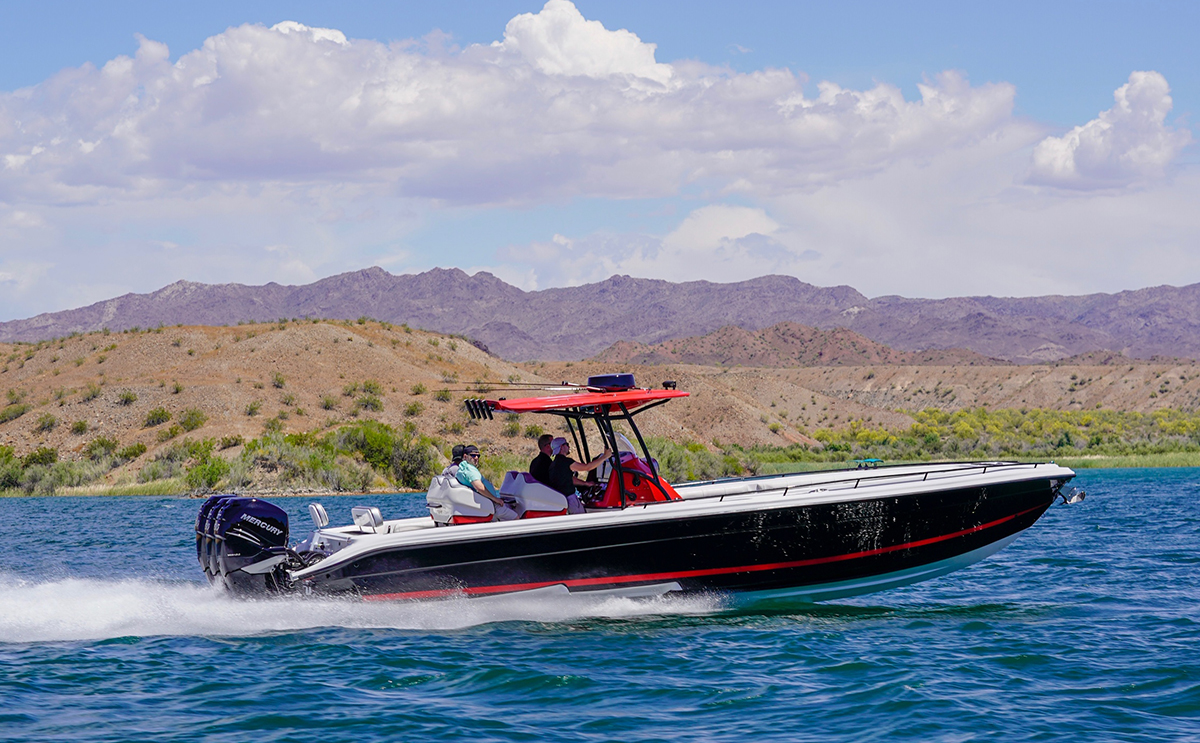 This week, the 36-footer powered by triple Mercury Marine Verado 350 engines hit the water—and the street on Thursday afternoon—in Lake Havasu City, Ariz., for the annual Desert Storm Poker Run. On Tuesday, Shane Sherman delivered the boat following a cross-country tow, and on Wednesday, Michael and 11 of his closest friends took to the lake to show off the boat, which is the first 36-foot Glasstream to feature two rows of bolster seats, and do a little exploring.

“This is my first time in Havasu—it’s a different world here and it’s so beautiful in its own way,” said Michael from the event’s Street Party on Thursday. “It’s a pretty cool place and the people are incredible. Everybody we’ve encountered has been so welcoming. Even when it was super busy this morning getting set up for the Street Party everyone was easy going and helpful.” 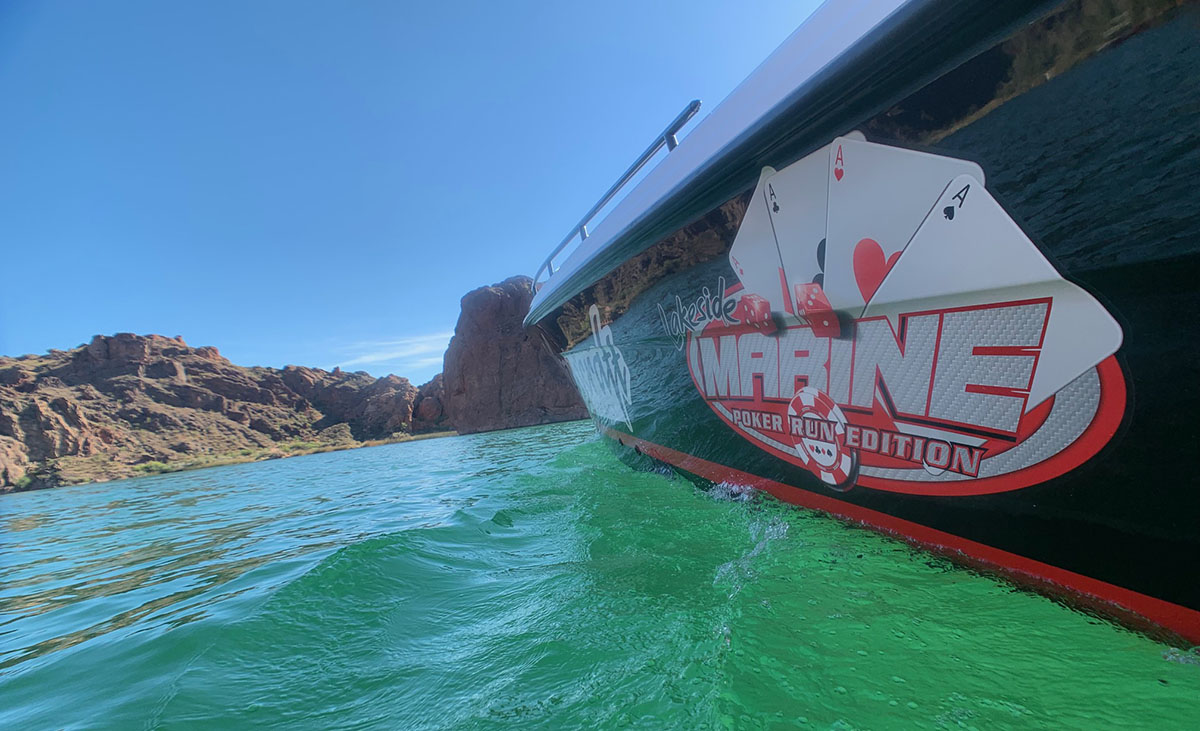 The team at Lakeside Marine and Motorsports in Georgia is enjoying its time on the Colorado River-fed Lake Havasu, which borders Arizona and California, during this week’s Desert Storm Poker Run. Photo by Susan Davenport

Michael, who has been a supporter of the Florida Powerboat Club and many of its events over the past couple of years, is looking forward to today’s poker run. He said that the boat ran flawlessly on Wednesday during trips to opposite ends of the lake—Havasu Springs and Pirate Cove Resort. With 12 people on board, he said the 10,000-pound boat topped out at an impressive 78 mph.

“We’re very happy with how this boat turned out,” said Michael, who hopes to expand the Glasstream network further into the performance boat arena by showcasing more customized versions of the Alabama company’s center consoles at events around the country. “Between the HydroDeck flooring and the high-end electronics we selected and installed, we did several things at our shop to customize the boat and, of course, we added the new Lakeside Marine Poker Run Edition logo.”

Equipped with a substantial amount of Simrad gear such as the new HALO24 radar, twin NSS evo3 touchscreen displays and an RS40 VHF radio as well as a booming sound system thanks to high-end Fusion Marine equipment, including the company’s new Apollo head unit, the boat is outfitted for entertainment whether it’s going fast or parked at a sandbar or the docks. That’s something Michael is trying to emphasize when it comes to taking the Glasstream product to the “next level.”

Featuring a sleek red and black T-top, the new 36-footer is the first Glasstream with two rows of bolster seats. Photo by Kevin Johns

Michael said he plans to take the boat, which is for sale with a $325,000 price tag, to a handful of poker runs this year, including the Emerald Coast Powerboat Poker Run in Florida and the Lake Cumberland Poker Run in Kentucky, not to mention several local ones near the dealership in Georgia and South Carolina.

He added that if anyone has any questions or would like to discuss ordering a Glasstream, to visit the Lakeside Marine website or call him at the shop at 678-322-7877.