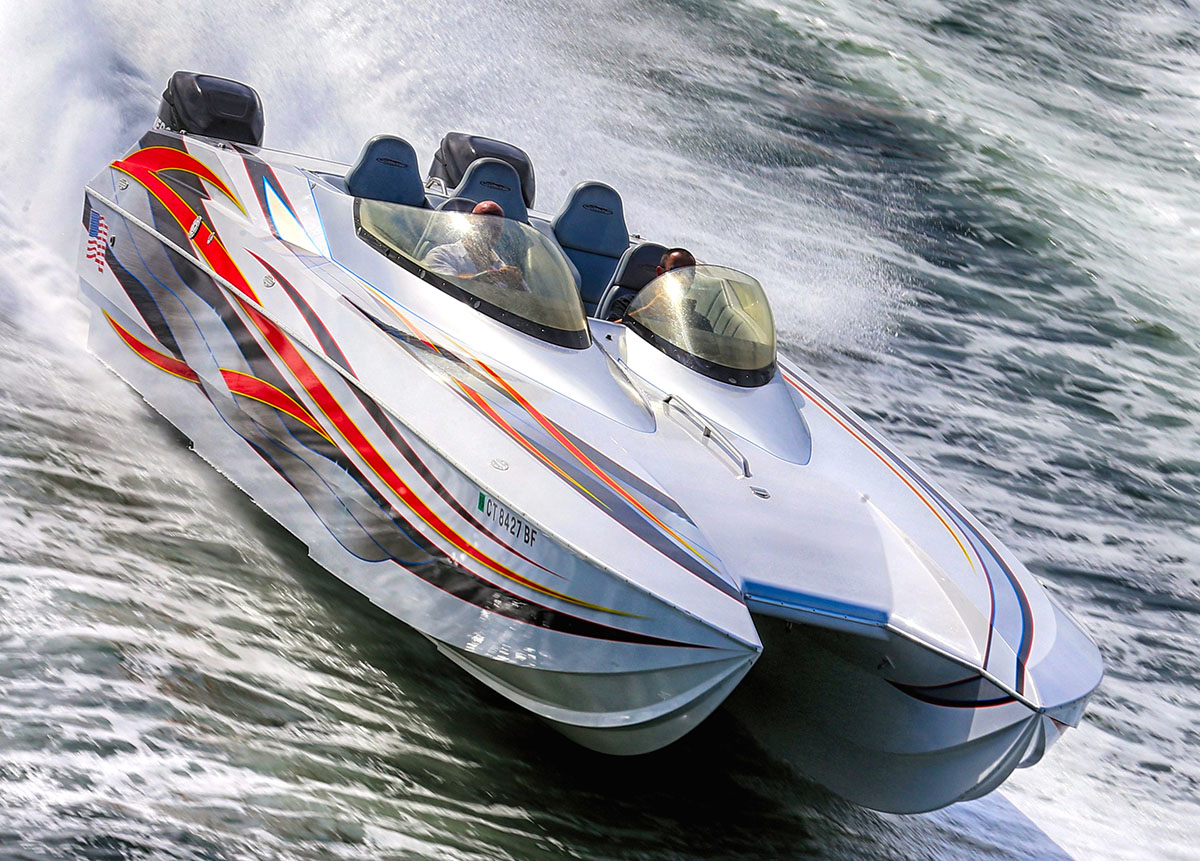 Rob Lockyer has owned a variety of performance boats. He’s used them in and around his home waters of Southampton, England; near Boston, his second residence thanks to the location of his business, Patriot Marine LLC; and at his “home-away-from-homes” in Punta Gorda, Fla. As you’d expect, he’s visited plenty of places in between.

Yet in all his comings and goings, Lockyer didn’t have any firsthand encounters with Grant’s Signature Racing in Bradenton, Fla., until this year. And, judging by the sound of things after Lockyer drove his updated 32-foot Skater Powerboats catamaran at last weekend’s Fort Myers Offshore Fun Run, the encounter with Grant Bruggemann and his team certainly won’t be his last.

“The boat runs incredible—I’m very happy with what Grant did with it,” said Lockyer, who leaves his boats in the hands of Offshore Northeast in Old Saybrook, Conn., in the summertime. “I bought it in November and it went in the water that day. I put 25 hours on it before turning it over to Grant after talking with him about how we could improve the boat at the Joey Gratton Memorial New Year’s Day Fun Run. The boat ran well but the water pressure was always lower than other boats I’ve owned, which made me nervous.

“Grant said he could fix that and clean up the canopies at the same time so I asked him to go through the boat and see what else he could do to clean it up and make it more efficient and as fast as possible while still being usable,” he continued. “We ran it all weekend and the water pressure was up and the boat performed flawlessly. A non-issue weekend is a great weekend in my opinion.” 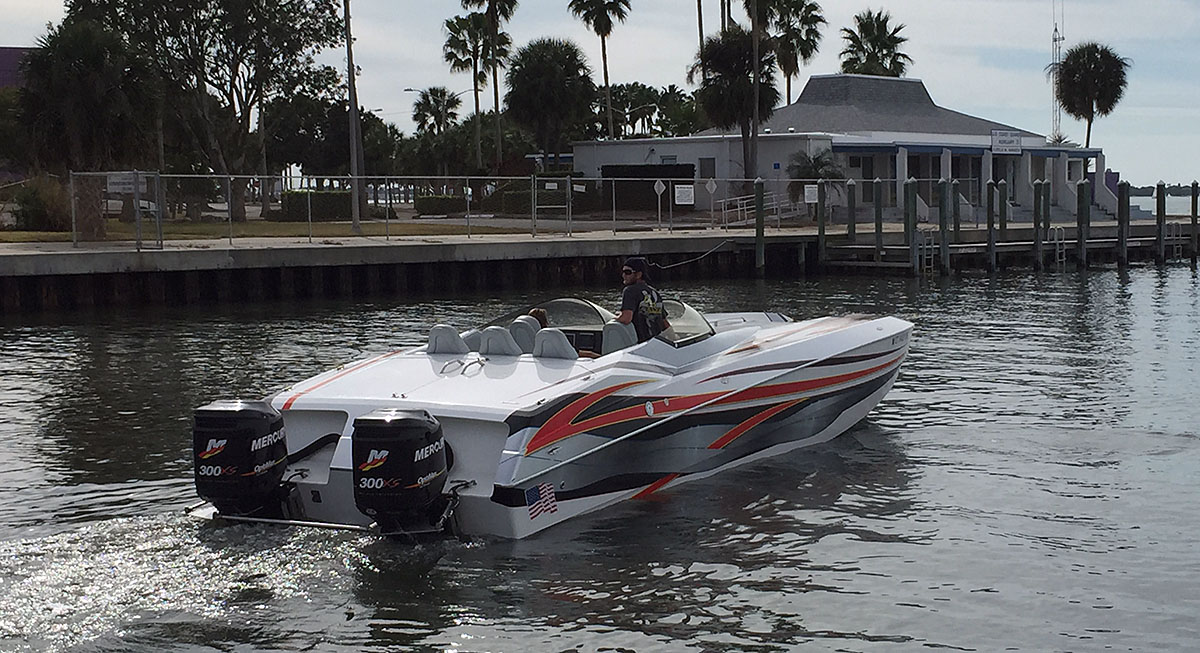 The 32-footer has an interesting story as it was built in 2006 and sat in the showroom at Ocean Outboard in Merrick, N.Y., for six years before it was sold with a pair of Mercury Racing OptiMax 300XS engines. A friend of Lockyer’s purchased the boat and Lockyer picked it up from him three months ago. Obviously he didn’t wait long to hand it over to Bruggemann.

“This wasn’t a big job, but the things we did definitely make an impact,” said Bruggemann, adding that a little TLC can go a long way. “We wet-sanded and buffed the canopies and repainted the edges of the canopies. We also installed our water ramps on the running surface to get more water pressure. We know the 300s can be sensitive to water pressure, especially when we keep raising them up to get more speed.

“From there we applied some of our drive-height and toe-in/toe-out setup knowledge and went testing,” he continued. “We tested a couple sets of propellers and Rob is sending a set back to BBLADES to get them just right. The boat was running between 88 and 90 mph and by the time we were done with it, it was right at 94 mph. There’s more there with the right props.”

Lockyer said he plans to do some more FMO Fun Runs this year as well as the upcoming Miami Boat Show Poker Run organized by the Florida Powerboat Club. He’s also hoping to join the FPC on its inaugural Havana Challenge Poker Run to Cuba in May before he hauls the boat up to the Northeast for summer fun in the Atlantic.