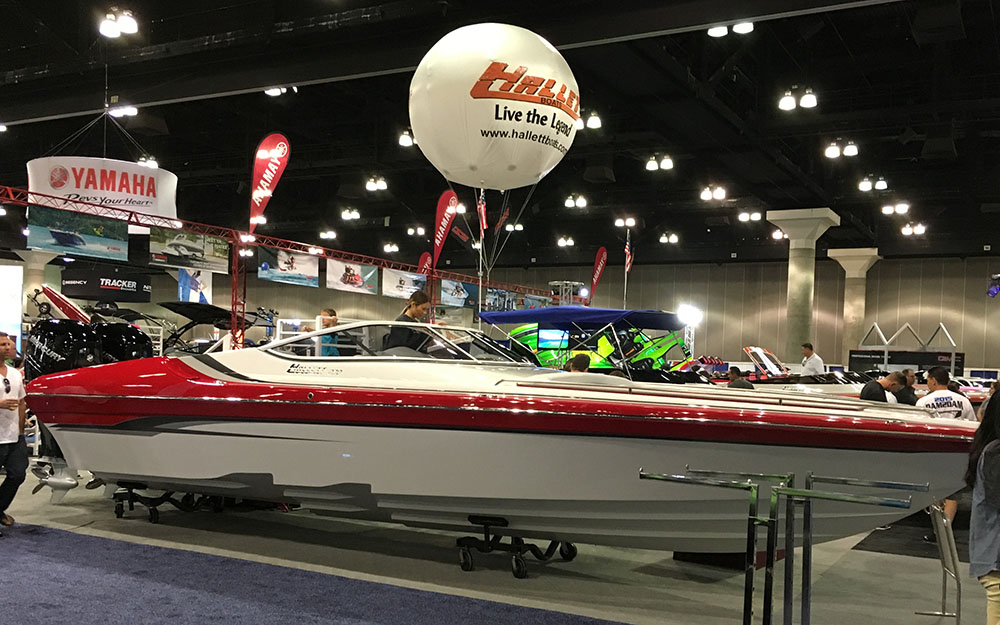 Among the highlights of last weekend’s 60th annual Los Angeles Boat Show, which included the first M35 Open Bow from DCB Performance Boats and a 24-foot V-bottom from Caliber 1 with a lights-out stereo system, was the unexpected 290-S Mid-Cabin Bowrider from Hallett Boats, which featured the Irwindale, Calif., company’s first outboard-engine installation in several decades.

For anyone familiar with the Hallett brand, the new 29-foot, red, gray and white V-bottom immediately stood out upon entering the L.A. Convention Center. So of course I went straight to the source—Hallett’s Jerry Barron—to find out why the company decided to power its latest 29-footer with a pair of Mercury Verado 300 engines. 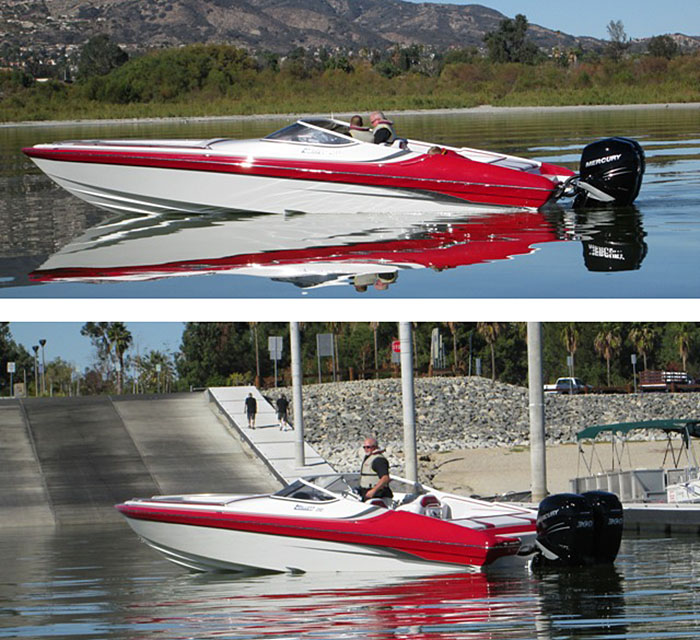 The Mercury Verado 300 engines look right at home on the transom of the 29-footer. (Photos courtesy Hallett Boats.)

“We built dozens of outboard-powered boats in the 1980s, but we’ve never done a boat with today’s amazing new technology so this has been a real eye-opener,” Baron said. “We’ve been vacillating (about using outboards) for some time, primarily because we know how much outboards have been dominating the marketplace—stern drives are pretty flat while the outboards are skyrocketing. The first time I went for a test drive with Mercury in a boat with the Verados, I knew we had to do something. Of course it took some time, but we’re very pleased with our first effort.”

Barron said the 290-S with twin Verado 300s has a top speed of 77 mph and jumps out of the hole immediately. And while it is slower than the same boat powered by a single Mercury Racing 600SCi engine, which can top out at 84 mph, the cost of each boat is right around $160,000, give or take, depending on options.

“I’m not so sure we even needed to do twins on the first one; I think we could have done a single engine and it would have been a solid 60-mph boat,” Barron added. “There are a lot of people out there who feel that 60 mph is fast enough—I’m one of those people. Honestly the boat is like driving your mom’s Oldsmobile, you just sit back and cruise. Just be sure you look at your tachs so you know the motors are running. They are so quiet.

“Handling wise the boat isn’t much different once we got through the setup learning curve,” he continued. “You can’t just take a pair of outboards and throw them on the back of a boat. The heights are critical and there’s toe in and toe out, propeller selection, maximizing engine rpm and more. Once we got all that figured out it’s been absolutely turnkey.” 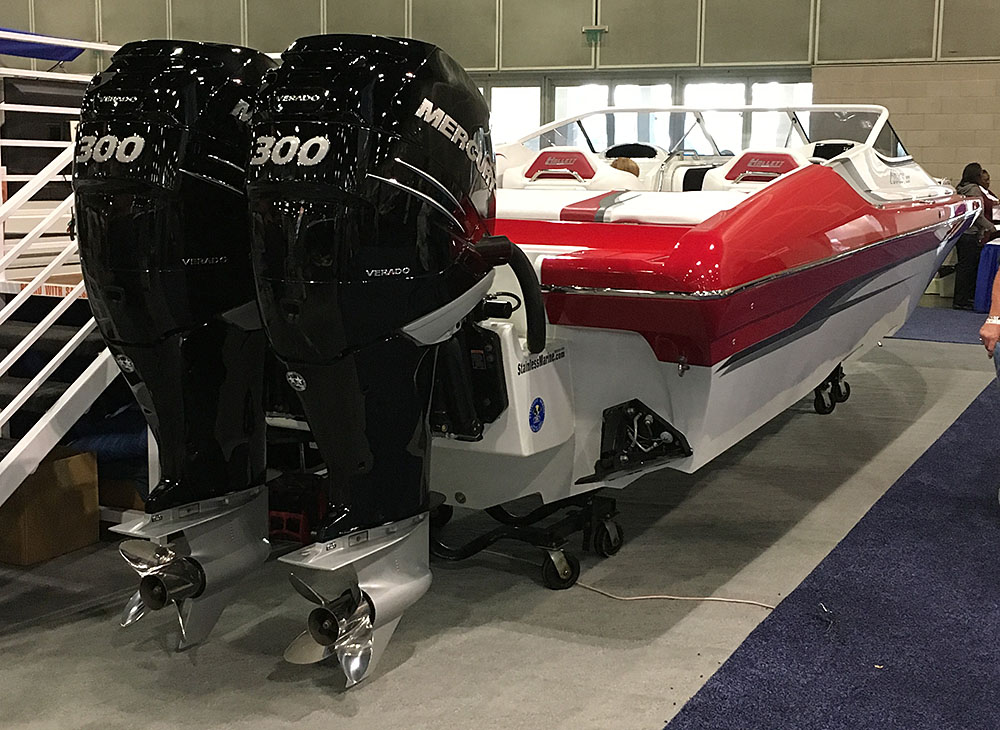 Of course the 29-footer is currently for sale, and Barron, who seemed genuinely excited about the boat, can’t wait to show it off in Lake Havasu City, Ariz., at the Desert Storm Poker Run and Street Party in late April.

“Using the outboards allowed us to open up the cockpit a little bit—I thought we’d have more storage space in the engine compartment but there’s a lot of rigging involved still so there wasn’t as much as I anticipated,” said Barron, adding that the extra room provided enough space for a U-shape lounge rather than the standard rear bench. “People might ask what the positives and negatives are of the outboards, but I don’t look at it that way. I think of them as an alternative, another option.”

That alternative could soon become an option on some of Hallett’s other models if the twin-stepped 290-S is as well received as expected. And as simple as the transition sounds—it only took Hallett six months to get the boat all squared away—one of the coolest aspects of the outboard-powered 290-S is that it showed Hallett is adapting and putting some resources into its next-generation models.