For years, make that a decade, Howard Custom Boats has sold dozens of 28 Sport Deck models. From my days as an editor with Powerboat Magazine when that model took home several awards, it was easy to see the attraction to the sporty and stylish deck boat even though it usually came with a slightly higher price tag than other deck boats in the market.

For that reason alone, I am not surprised that the updated version of the 28-footer—the 288 Sport Deck the company introduced in 2014—has been such a success. But from my firsthand experience seeing a couple of the 28 Sport Decks in production at the company’s facility in Valencia, Calif., walking around one at the 2015 Los Angeles Boat Show and checking one out at the Desert Storm Poker Run in Lake Havasu City, Ariz., I can fully understand the desire to own Howard’s newest offering. 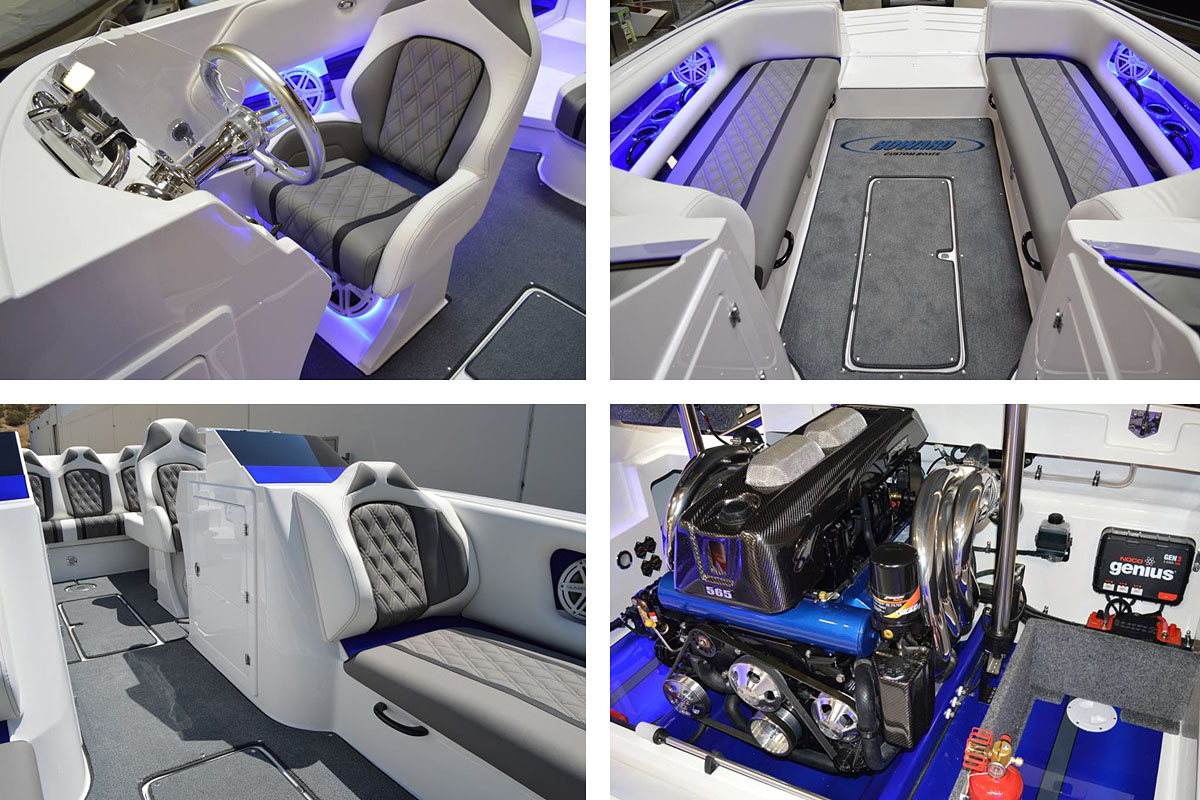 The new 288 Sport Deck is one of the most elaborate boats Howard has ever built.

Especially one as tricked out as the recently completed 288 Sport Deck—hull No. 9—delivered to its new owner Michael Megdal of Mega Motorsports LLC. When Megdal ordered the boat, which is powered by a single Mercury Racing 565 engine, he requested a color scheme and graphics to match his Marathon Coach luxury motorcoach and his Tatum Motorsports sand truck, and Howard delivered a stunner. He also spared no expense with regards to the interior features, and Howard knocked everything out of the park by producing a quality product that rivals Megdal’s Oregon-built motorcoach.

“I’m in the automotive industry so I wanted to bring some design ideas from higher-end cars into the interior of this boat,” said Megdal, adding that his coach, sand truck and boat are going to be featured on an upcoming episode of the Travel Channel’s “Extreme RVs” show. “We put all the best stuff in the boat. Between JL Audio and Fusion’s top-of-the-line stereo equipment to the LED lighting, carpet kits, custom Livorsi Marine gauges and automotive-inspired upholstery, everything is over the top.

“The boat is phenomenal—the quality delivered by Gene and Mike [Willen, the father-and-son team behind Howard] is absolutely amazing,” continued Megdal, who put 12 hours on the boat over the Fourth of July weekend in Lake Havasu. “The engine is phenomenal, too. We thought about going with a supercharger, but the 565 is perfect for the boat especially when paired with the new mufflers from Gibson Performance Exhaust.”

Michael Megdal wanted the Howard painted similarly to his motorcoach and sand truck.

Sitting on a trick Extreme Custom Trailer, Howard’s latest 288 Sport Deck just may be the coolest one yet. In fact it’s arguably one of the nicest boats to ever roll out of the company’s shop. No offense to other Howards out there, it’s just a testament to the fact that Mike Willen is always looking to improve on an already-impressive product.

“This is one of the most elaborate boats we’ve done when you consider all of the rigging that was involved not to mention the custom-made Plexiglas rings for each speaker,” said Mike, adding that Howard has three more 288 Sport Decks in the works and is taking orders now for 2016 delivery. “We did a 25 Bullet in the early 2000s that was painted to match the owner’s motor home, but it was nowhere near as detailed as this boat. This really is a trick boat. Everything on it is high-dollar stuff and it’s all installed in typical Howard fashion.” 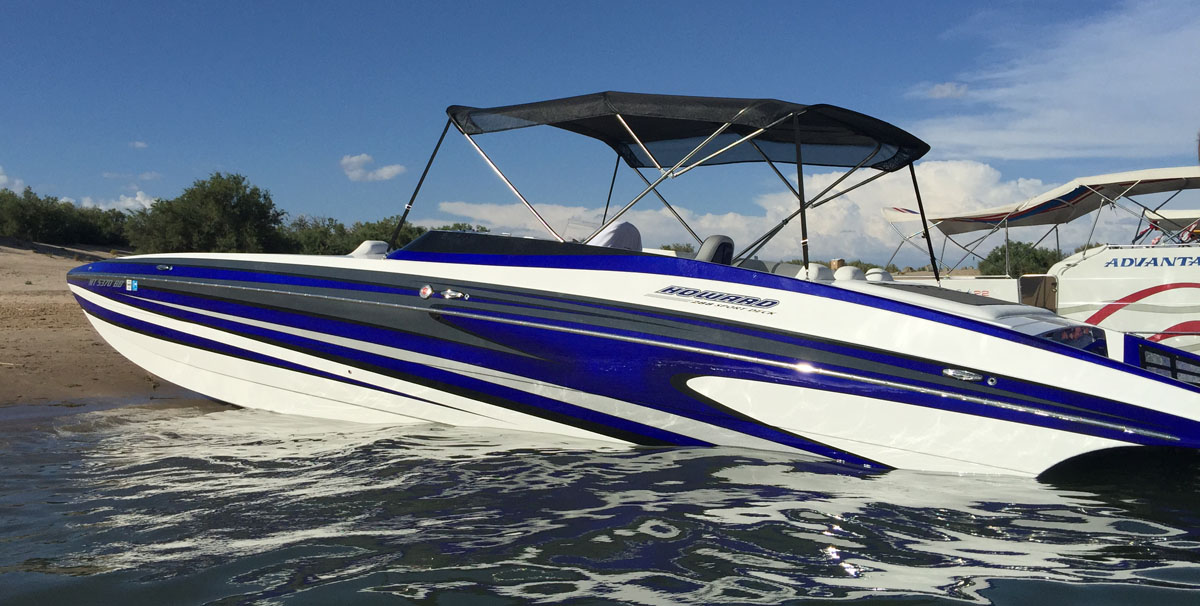 Megdal’s friends and family enjoyed the 28-foot catamaran over the Fourth of July weekend in Lake Havasu.

Megdal, who splits time between offices in Los Angeles and Scottsdale, Ariz., is expecting to use the 28-footer quite a bit this summer out of Lake Havasu’s Islander RV Resort where his family keeps the motorcoach. Between the coach, the boat and the sand truck, all he needs is a submarine. Oh wait, Megdal already has one in the form of a Seabreacher J, a two-man diving machine powered by a 260-hp supercharged Rotax Sea-Doo engine. I wonder if it’s painted to match?