In the automobile and powerboat worlds, a “sleeper” is a vehicle or vessel that’s sneaky fast—something that lulls you to sleep until it blows right by you. And that’s exactly what Robert Winoski of Harrison, N.Y., added to his powerboat collection when he purchased an unassuming Formula 400 SS (Super Sport) built in 2000 from Northern California’s Jason Solomon last winter.

The 40-footer is powered by a pair of 850-hp Teague Custom Marine engines with Arneson A7 drives. According to Winoski, a veteran offshore racer and longtime performance-boat enthusiast, the 18,000-pound boat tops out at 87 mph with that propulsion package. That’s a whole lot faster than his last cruiser, a 50-footer that ran 60 mph. 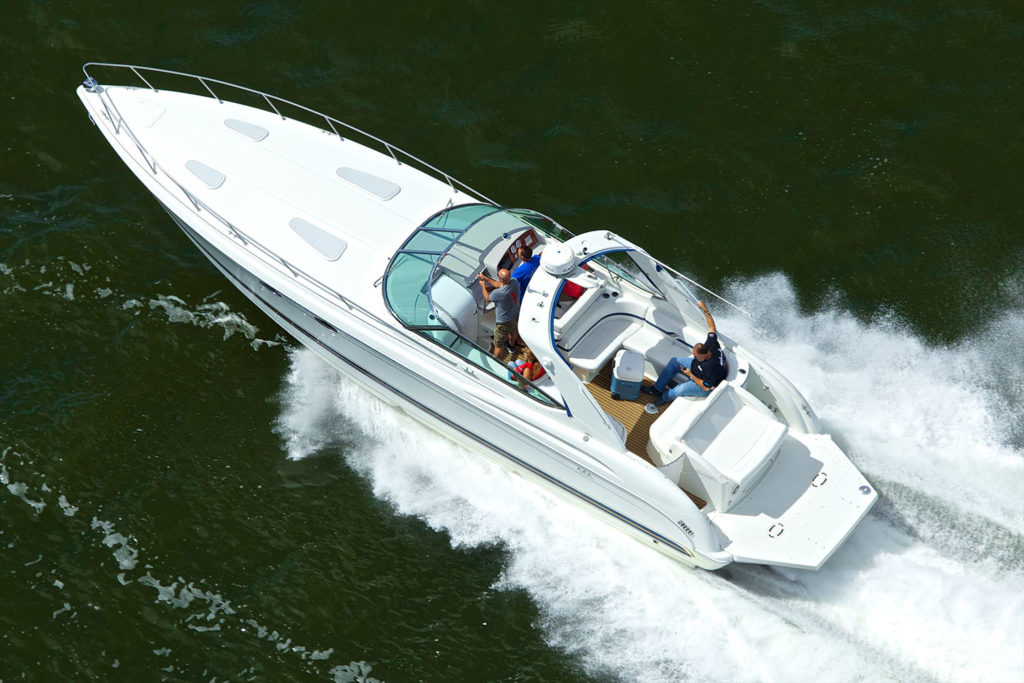 “I thought I would be happy running 60 mph in a cruiser,” said Winoski, who also owns a fleet of Phantom V-bottoms. “I wasn’t. I wanted to run 85 mph. I can do that in this boat.

“The boat handles amazingly well at speed,” he added. “Something that big going that fast is pretty awesome.”

Far from stripped down for speed, Winoski’s 40-foot, two-stateroom Formula is loaded with amenities belowdecks including a refrigerator, a microwave oven and two flat-screen televisions. For that reason, he never pushes the boat, which he has run approximately 30 hours since purchasing it, hard in rough water.

“Everything has its limits,” he said. 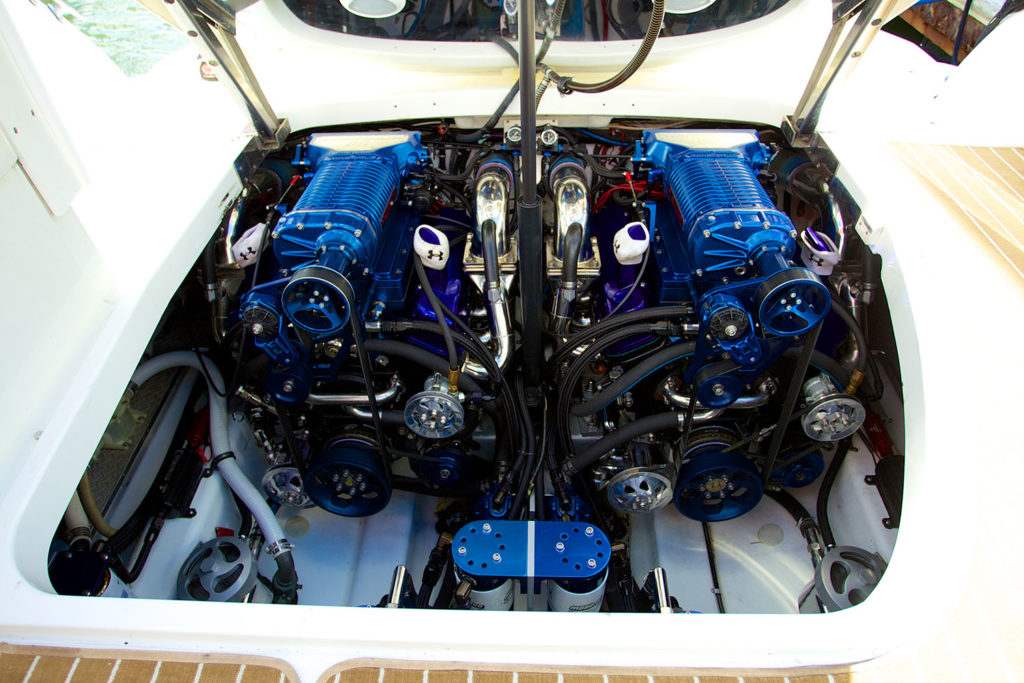 Though the 40-currently is powered by a pair of 850-hp Teague Custom Marine engines, even more power is in its future.

“I have to do some measuring to see if the Whipples will fit under the hatch,” he said. “I talked to Rik Wimp at Arneson and he said that either way—598 or 540—it’s no problem for the drives.”

Winoski paused to chuckle. “But I will still have to spend about $35,000 on new propellers,” he said.

Winoski’s repower goal is as simple as it obvious. He wants to go faster.

“But it’s already the world’s fastest Formula 400SS,” he added.