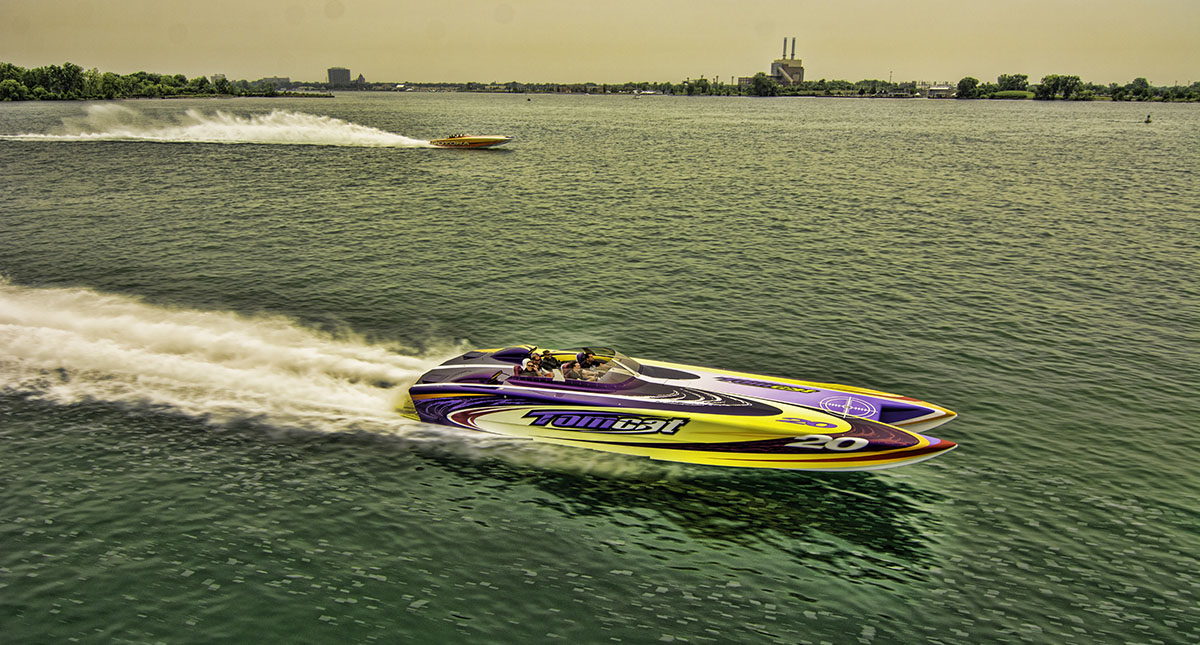 Powered by twin Mercury Racing 1350 engines, the Tomcat Skater shown running at Skaterfest 2015 will return to the Michigan event this year, according to its new owner Todd Fountain. (Photo by Jay Nichols/Naples Image.)

When the opportunity arose to own Tomcat, an iconic 2001 Skater Powerboats 46-foot catamaran that was restored and repowered in 2013 with twin Mercury Racing 1350 engines and M8 drives, Todd Fountain of Newport, Mich., couldn’t resist. A self-proclaimed “V-bottom guy”—Fountain has owned several Cigarette Racing Team models and currently has a triple-engine Statement Marine 380 SUV center console—wouldn’t have considered the 46-footer a few years back.

His appreciation for cats has come a long way though thanks to several opportunities to drive friends’ boats as well as his ownership of the Skater 402 V, which was powered by twin Mercury Racing 700SCi engines and on display in Skater’s booth at the 2014 Miami International Boat Show. The boat basically brought him closer to the Skater family, or Skater Nation rather.

“I just felt it was time for a cat and thought what better one than Tomcat that my friend Ron Szolack owned,” said Fountain, who owns Dynamic Fire Protection, a full-service fire protection company in Newport. “We closed the deal on the boat at the end of last year and I’m so excited to be able to use it this season. It’s actually at Boat Customs now. Chris Mills and his guys are going through it all.

“They are putting new engine hatches on the boat—wait until you see them—the M8 drives have been disassembled and painted from yellow to black, and the paint is getting touched up and re-cleared,” he continued. “Chris is working up some new interior design ideas, too, but I don’t know if we’ll tackle that immediately. The boat is in great shape.” 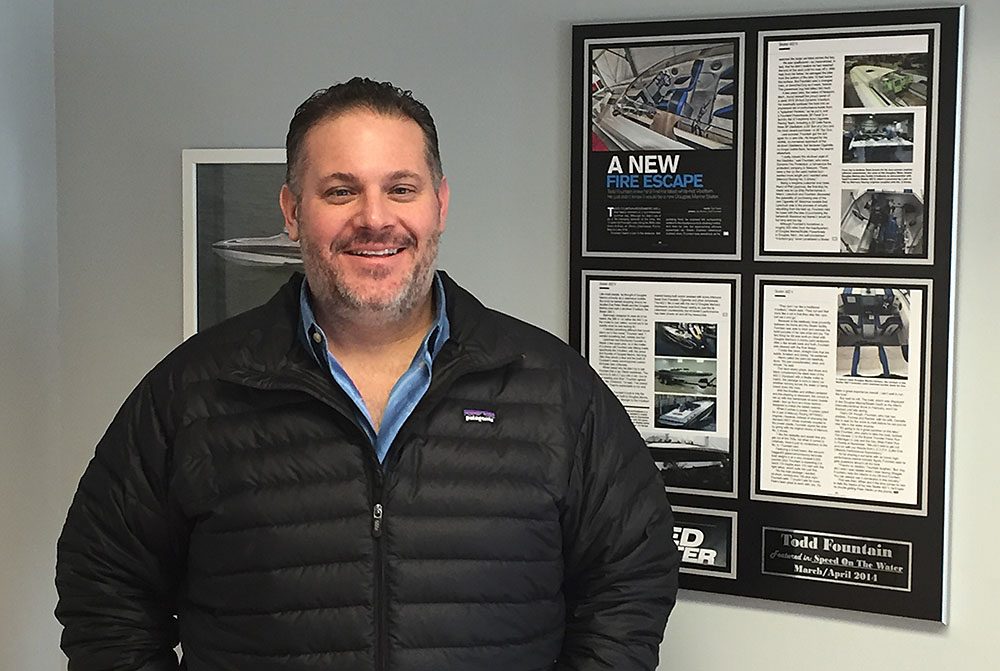 Fountain said he can’t wait for warmer weather so he can get out on the water in Tomcat. (Photo courtesy Todd Fountain.)

With his desire to go fast again squared away, Fountain said he’s hanging on to the Statement because it serves a much different purpose and is still a cool boat. In fact, the boat is at Statement’s shop in St. Petersburg, Fla., having a couple of updates completed, including a new rear seat design that Statement came up with on a model built after Fountain’s 38-footer.

“I’m definitely keeping the Statement—it’s such a great day boat,” Fountain continued. “I mean the thing is quick and it looks great. Plus it has air conditioning, an awesome stereo and an incredible amount of room and storage space. What’s not to like?” 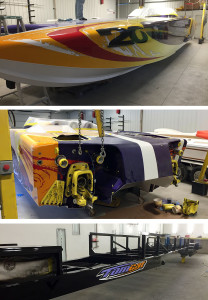 The crew at Boat Customs has been busy working on the 46-foot cat and its trailer as of late. Photos courtesy Chris Mills

Although his year isn’t mapped out yet, Fountain plans to attend Skaterfest in Harrison Township, Mich., and the Boyne Thunder Poker Run in Boyne City, Mich., as well a few fun runs put on by his local club, Lake Erie Offshore Performance Association. He’s also planning to attend the Florida Powerboat Club’s Key West Poker Run in November, although he’ll use the Statement not the Skater for that run.

“It’s cool to have Tomcat here—it’s such a well-followed boat,” Mills said. “It’s going to have a little different appearance with our new style hatches and new hidden hinges, but other than that and painting the drives, it’ll look the same. Well unless Todd decides to do the interior.

“We painted the trailer black with Tomcat logos on it and have done some typical dock rash repair,” Mills said. “We also added six cleats for better protection at the dock. I think Todd is going to have so much fun with this boat. He deserves it. He’s one of the nicest and best customers I’ve ever had.”

Of the dozens of Skater models he’s owned, Szolack admitted he liked Tomcat a little more than most. “That’s why I kept it so long,” he said with a grin. “Seriously though, I’m happy for Todd. It really is a great boat.”