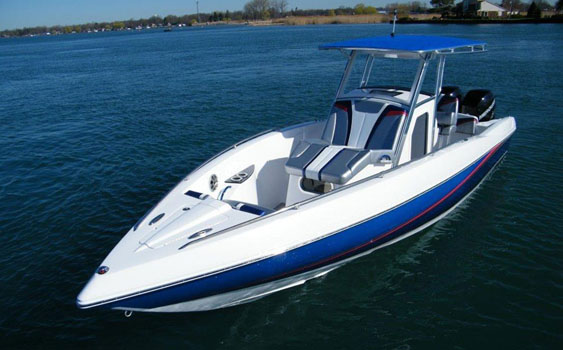 The 29 CCX is the smallest model in what will be by spring next year a three-boat line.

Despite establishing their company on pure performance boats backed by great customer service, Wayne and Joe Schaldenbrand of Sunsation Powerboats in Algonac, Mich., have zero problem with center consoles leading their current sales and production. Don’t get me wrong, the Schaldenbrands are go-fast folks to the core, but they’re also smart businessmen who’ve been savvy enough to adapt to a changing market. To that end, they’ve reaped success with their 34- and 29-foot Center Console Extreme—hence the CCX designation—performance center consoles, both of which boast uncommonly spacious cabins.

Building on that success, Sunsation will add a 32-footer to the CCX Series next year. While it won’t be ready for a 2015 Miami International Boat Show debut, it will be finished by spring, according to Joe Schaldenbrand. 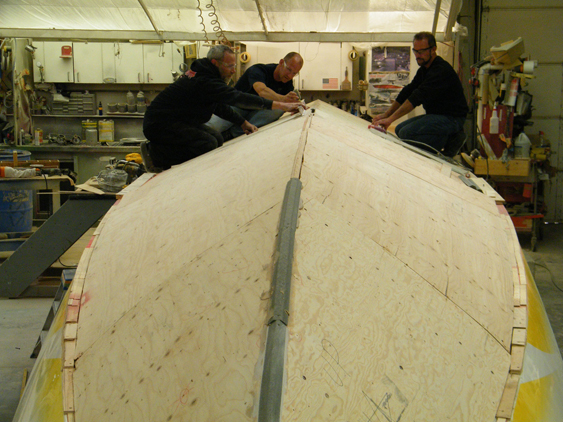 “It’s an all new hull being designed by [Performance Boat School founder/owner] Tres Martin,” he added. “He’s coming back here next week to do some more on it.”

Schaldenbrand said that although the 32 CCX will be offered with twin and triple outboard engines, he suspects that most buyers will order the boat with twins. He also said that with twin engines—depending on power output, of course—he expects the boat to price out in the low- to mid-$200,000 range. To date, the company has pre-sold three 32-footers.

In related CCX model line news, Schaldenbrand reported that Sunsation is building roughly one 29-footer a month and a 34-footer about every other. (“The 34 is a more labor-intensive and complicated boat to build,” he noted.) He also said that CCX orders are coming from around the country.

“They’re going everywhere, Florida, Virginia, Missouri and Michigan—we even have two going to Louisiana,” he said. “That’s good to see, because that way if one area dries up you’re not in trouble. I like to have a few watering holes.”

He added, “About 40 percent of the buyers equip them for fishing so they can fish in the morning and take the family out in the afternoon. Most of those guys are ordering them with live wells and rocket launchers—we even did one with outriggers.”

Despite that CCX models remain the company’s top sellers, Schaldenbrand said he’s seen an upturn in sportboat sales. The company currently is building a 36-footer with staggered Mercury Racing 565 engines, as well as a 28-footer. The 36-footer will be on display at the 2015 Miami Show.

“The majority of what we’re building are center consoles, but it’s nice to see the sportboat market clicking back,” he said.