You are at:Home»Awesome»A Raceboat For Christmas

Just as gearheads beget gearheads, much of the next generation of powerboat racers is sure to come from the current generation of powerboat racers. And from Nick Imprescia, the son of legendary throttleman Joey Imprescia, to Chase and Jax Muller, the sons of current throttling great Jay Muller, nowhere is that more true than in the ranks of the Offshore Powerboat Association.

Need more proof? Anthony Smith, the throttleman for the AMH Motorsports Super Cat-class raceboat owned and driven by Aaron Hope is the son of Ed “Smitty” Smith, the head of OPA who drives the Class 3 Wazzup raceboat with his younger son, Nick, handling the throttles. OPA always has been a family affair, which not only feeds the sport but gives it a future. 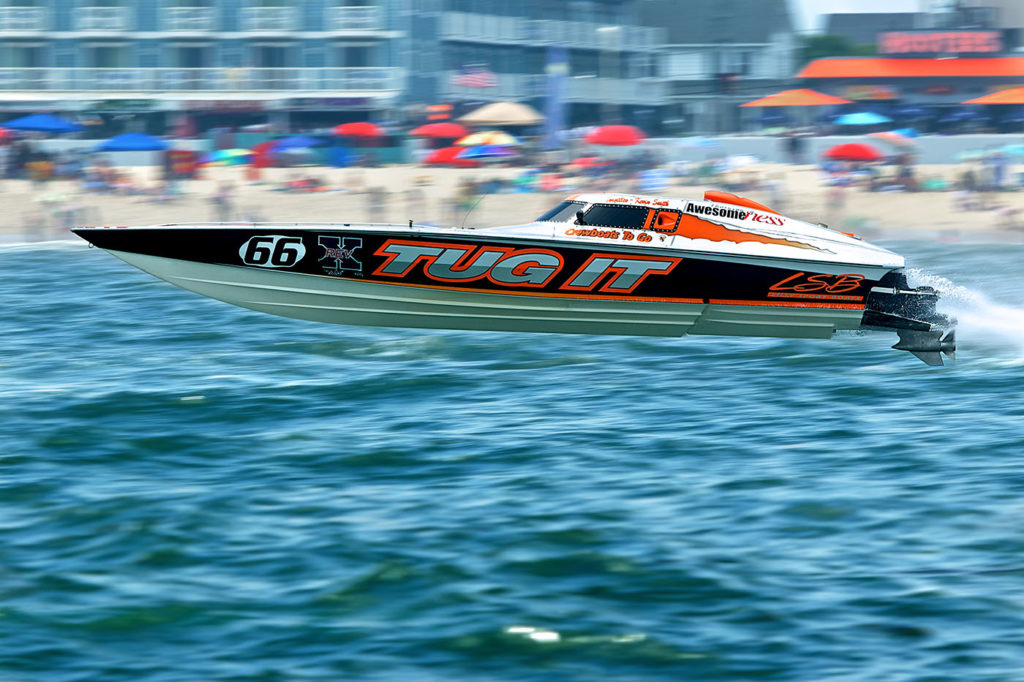 “My cousin, Kevin Murphy—‘Little Kev’—got bitten by the Racing bug in 2011 when he was given a chance to race a J-Class hydroplane in an American Power Boat Association race in Maryland,” said Smith. “He and his brother restored the boat, which APBA gave them, until they outgrew it and passed it along to their sister, Hannah, who followed suit in the same awesome manner as her brothers.”

In a nod to their favorite Uncle Kevin, the Murphy boys dubbed their J-Class hydro Tug It Baby.

Fast forward to the 2018 OPA season. Kevin Murphy spent much of his time this year helping Chase and Jax Muller campaign Chug It in the Class 7 ranks. That experience inspired him to buy a bare Class 7 hull of his own from Papp, and Murphy immediately set to work at the Lily Sport Boats Shop in Maryland getting it ready for the 2019 season. 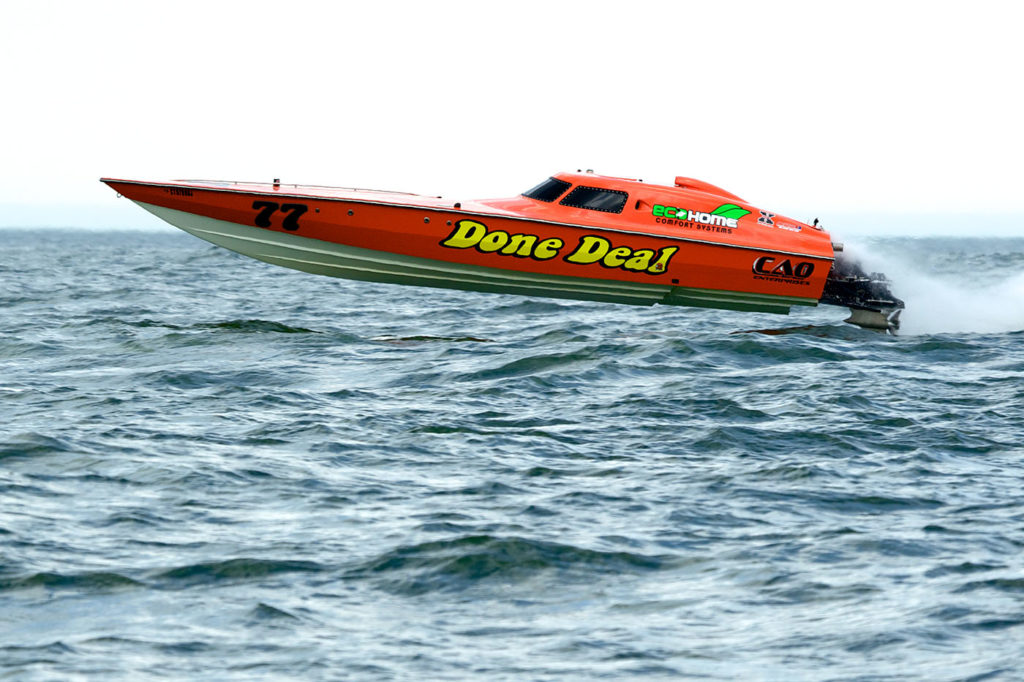 Helping his Uncle Kevin and Brit Lilly prep the LSB/Hurricane of Awesomeness and Tug It raceboats for the Super Boat International and OPA World Championships last month pulled him away from his own project, but he’s back at it now and will be ready to go next year.

Still, that doesn’t mean his J-Class hydro—the boat that got him into the sport—will be completely retired.

“When I returned from Englewood I saw Tug It Baby hanging up in the ceiling of my shop, and I immediately thought of our fellow Done Deal competitors—we’re all so close and help each other so much in the Super Vee Light class that I think of them more as teammates,” said Smith. “I’ve watched Steve Papp’s daughter Allyson, who is 16 years old, Haylee, whose 11 and nine-year-old the youngest is Sophia for the past two seasons. They don’t just help their dad at every race. They help us. They help the entire class.

“That gave me an idea, so I asked my nephew how he’d feel about passing the torch by giving the J-Class hydro to the Papp girls and the Done Deal crew,” he continued. ‘He said, ‘Hell yes. But do you think they can keep the name and the paintjob the same?’ And I said, ‘Hell yes,’ too. So after I told Steve about what we were planning and made sure he was onboard, we made plans to get the hydro to the girls for Christmas.”

Smith said the Done Deal and Tug It teams will display the hydro at every race in the 2019 OPA/Powerboat P1 series.

The daughters of Done Deal team owner Steve Papp are getting the Christmas present of a lifetime today.

“Our hope is to draw more local J-Class entries at each event—maybe do exhibition runs—and just keep it on display to attract interest from kids,” said Smith. “Our goal is to carry the momentum of what we’ve got going and show kids and families who are interested the different levels of racing they can get in and what it can grow into.

As it turned out, one good turn deserved another.

“A few days later, Steve called me and said he had some stuff to help Little Kev finish the Class 7 boat,” said Smith. “And that turned out to be 95 percent of what he needs to complete the boat, including a 2.5-liter Mercury outboard engine.”

Merry Christmas to all.