You are at:Home»Awesome»A Time To Remember

Blake and Brock Gratton will their triple outboard engine-powered Spectre catamaran in the 2016 event celebrating their father. (Photo by Pete Boden/Shoot 2 Thrill Pix.)

Veteran offshore racer Ryan Beckley can’t quite recall when he and his friends in Sarasota, Fla., started their New Year’s Day tradition of skipping college bowl games on television and going boating. Beckley thinks it started “on a bet with a friend 12 or 13 years ago” but can’t be sure. And none of his friends remember, either.

“It’s always fun and we’ve had some really good years, that’s for sure,” said Beckley, the owner of vinyl graphics producer Kinetic Animation in Sarasota. “Even when the weather sucked one year, I think that was probably in 2009, we had at least eight or 10 boats.” 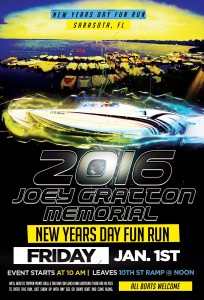 Yet Beckley can instantly recall the event’s biggest year when it attracted 85 powerboats.

“That was in 2011, when [offshore racer]Joey Gratton died less than two months earlier at the Key West World Championships and we named the event in his honor,” said Beckley. “It was a ‘Chamber of Commerce’ day. So our biggest year also was our worst year.”

Starting at noon on Friday, January 1, the Joey Gratton New Year’s Day Memorial Fun Run will, as it has for the past five years, roar to life with go-fast boats and their owners from as far away as Seattle and as close as a few blocks down the street from the 10th Street Boat Ramp in Centennial Park. Participants will come not just to celebrate the life of Joey Gratton, a charismatic Sarasota-based offshore racer, but to start the New Year doing what they love—spending time on the water with friends. The group typically includes a slew of recreational go-fast boat owners and offshore racers including Grant Bruggemann of Grant’s Signature Racing in nearby Bradenton and Steve Curtis from Orlando. Local ace go-fast boat photographer Pete Boden will there to capture all the action.

And as they have during the past four years, Gratton’s widow, Priscilla, and his sons, Blake and Brock will attend. As usual, the brothers Gratton will run their Spectre with triple outboard engines. 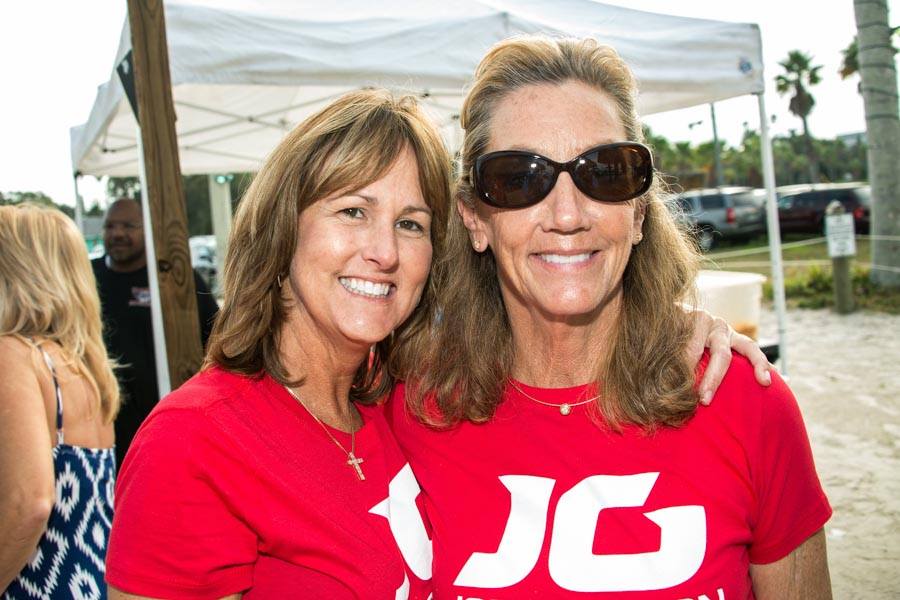 Popular as it’s become, the 26-mile run from Sarasota through Tampa Bay to the Tarpon Point Grille for food and beverages on the shores of the Manatee River is about as informal as they get.

“There’s no entry fee or anything like that,” said Beckley. “We just try to get people to show up. People start getting to the ramp in the morning and we leave at high noon. Most people come by boat, but a lot go straight to the Tarpon Point Grille by car or motorcycle. Some boats that come don’t run with us—they come down from North Tampa Bay. A lot of people from out of town make a vacation out of it and stay for a few days. Last year, we were boating on New Year’s Eve and January 2. I expect that will happen again this year. We have some great water and some amazing boat options on the Gulf.

“The weather has been pretty good to us during the years,” he added. “We always hope for the best, and so far we’ve been pretty lucky.”

Beckley said that competing for attention with the New Year’s Day college football bowl games isn’t a problem for the event. “For most of our guys, football isn’t the most important thing,” he explained. “I couldn’t tell you the last game I watched. But for those who do want to watch, they do have a lot of TVs at the Tarpon Point Grille.”