You are at:Home»Awesome»Ballough’s Golden Ticket 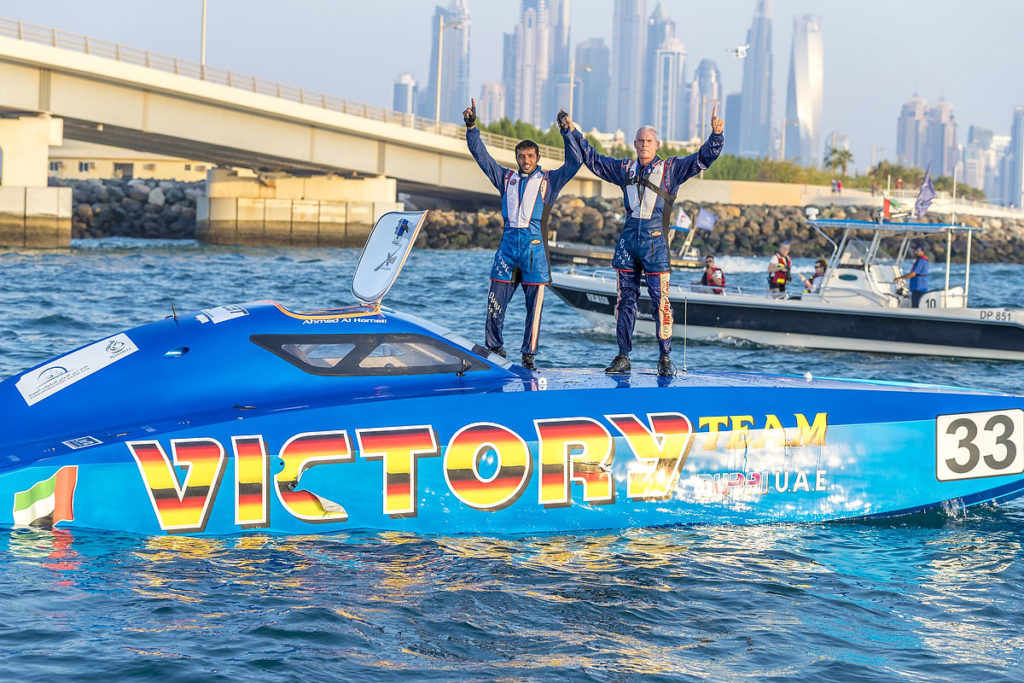 “I’m still in a little bit of la-la land” is how Gary Ballough described his frame of mind after receiving the news early Tuesday morning that he’ll be the throttleman for the Dubai-based Victory Team’s No. 33 boat for the 2018 Union Internationale Motonautique XCAT World Championship season.

“I don’t know if that’s the best way to describe it, but I’m on a pretty big high to be part of a team that’s as respected as the Victory Team is worldwide,” Ballough said, after being asked to re-join the team a couple of months after he and driver Ahmed Al Ahmeli won the final race of the 2017 season in Dubai. “Also I know almost everyone on the team well already so that makes being a part of it even easier. I mean I have friendships with these guys that were developed before this class was even known as XCAT.

“Omar and I ran second to the Victory Team for many years,” continued Ballough, who, before the race in Dubai, hadn’t competed on the XCAT circuit since 2015 when he was running with Mouwad teammate Omar Danial of Switzerland. “Back then you were doing well to get anywhere near them. Now to be on the other side is an incredible feeling.”

Winning the last race of the 2017 season was an amazing feeling, no doubt — as was getting to experience the celebration after the No. 3 boat teammates Salem Al Adidi and Eisa Al Ali earned the 2017 XCAT World Championship on the same day — but Ballough said the chance to race a full season with the team is a dream come true. 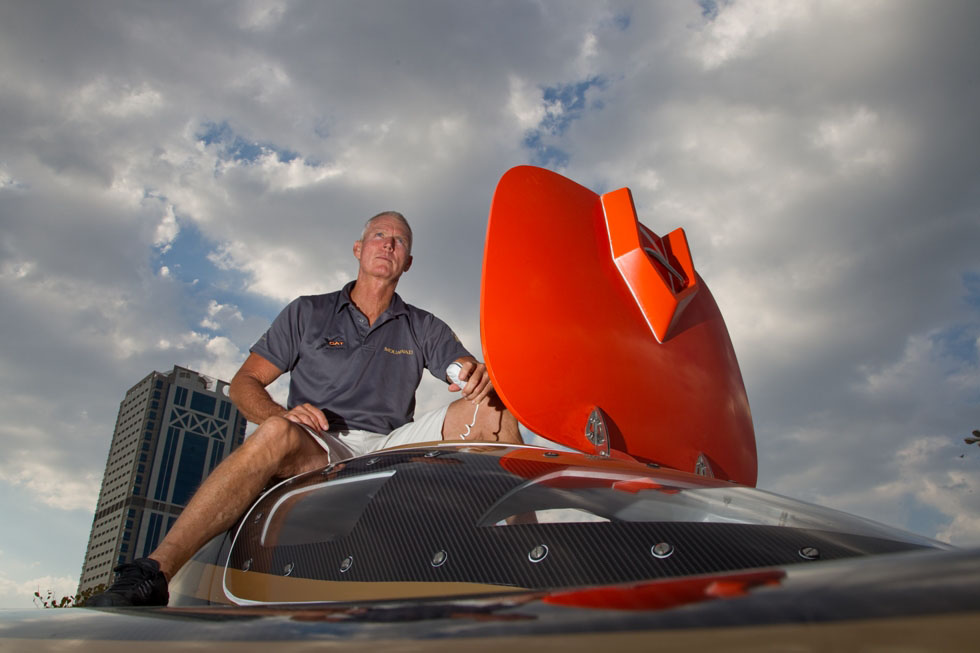 Ballough has always imagined what it would be like to race for Victory Team.

“First of all, I hold everyone on the team in the highest regard — one of the team managers is the great Mohammed Al Marri, who I’ve looked up to for a long time,” Ballough said. “With this team, I know everything is as correct as it can be, which gives me great confidence. That confidence I have when I get in the boat is one thing. The weight that it carries — they’ve given us a boat that is everything we need to be competitive so now it’s up to us — goes from having all this confidence to having all of this pressure. It’s a good pressure though.”

Ballough said the No. 33 boat is the “B Team” to the No. 3 boat, which has won five straight XCAT world titles, but he said the team doesn’t look at it that way or treat the No. 33 boat any differently.

“It’s all one team, one big professional team,” Ballough added, stressing the professional part. “These guys have it down to a science. The when, where, how, all of it. They make it look so easy, too, because each person does what they are hired to do. They all know their job and they do it well. No one is stepping on anyone’s toes either. It’s quite amazing really.”

You can check out a full video recap from the 2017 XCAT World Championship season finale in Dubai on YouTube:

That professionalism, according to Ballough, resonates throughout the XCAT series.

“I really enjoy racing with XCAT — all of the teams respect one another and have a level of professionalism that you see in the likes of elite automobile racing,” said Ballough, who still plans to run a full season in the U.S. with Jimmie Harrison in the FJ Propeller Superboat Stock-class boat.  “I’m also stoked to race with Ahmed. He is the team’s tunnel boat prodigy so I know if anyone can go around a corner it’s him. I’ve known Ahmed for a long time. In fact, he’s had dinner at my house and my friend and I even taught how to wake surf last time he was in the States.”

While Ballough is going to be far from home traveling for the series, which includes regular stops in the United Arab Emirates and China along with new race venues in Armenia and Russia, it sounds like he’ll at least be with family.