You are at:Home»Awesome»Beyond Powerboating in Paradise 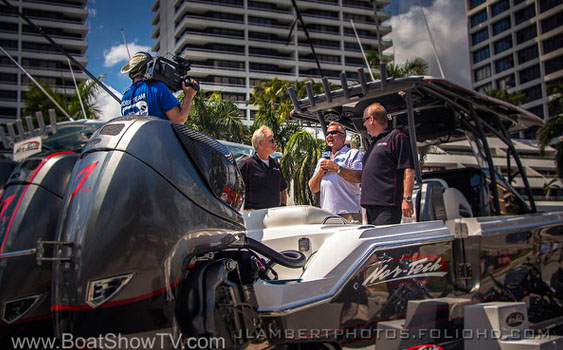 For a segment from the Palm Beach Boat Show on the new Boat Show TV series, Stu Jones catches up with Nor-Tech’s Scot Conrad and Bob Crow of Nor-Tech Hi-Performance Boat Sales of Fort Lauderdale.

When it comes to media platforms in our niche world of performance boats, it’s hard to find someone with more all-around experience than Stu Jones, founder and president of the Florida Powerboat Club (FPC) in Pompano Beach, Fla.

Jones and his team embraced the video format early on, providing event DVDs from the first poker runs produced by FPC in the early ’90s. Shortly thereafter, the television series Powerboating in Paradise was born and has since become the longest-running and most-watched recreational powerboat event show in the country, according to the FPC website.

With three new shows airing between October 15 and the end of the year on FOX Sports Florida, the series will finish strong with an action-packed 12 episodes in 2014. To Jones, the video production is one of the best parts of his job. So much so that’s he figured out a way to make it a larger part of his business.

A regular at many, if not all, of the boat shows in Florida, Jones noticed that no one was really servicing the marketplace with high-quality TV-ready video content. The more he explored beyond the go-fast industry at each show, the more he realized he could devote a whole series to boat show content. Whether it was a yacht, a wakeboard boat or a sportfishing model, there was a story behind each one, not to mention all of the complementary components and accessories. 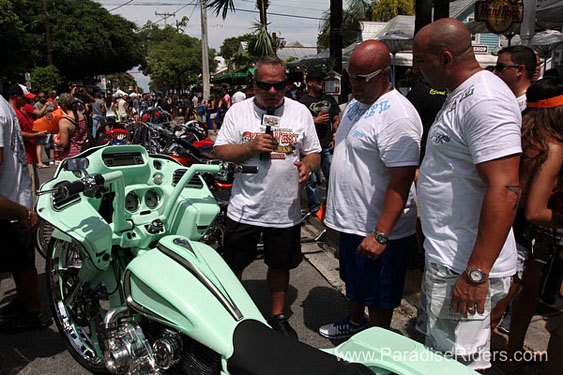 Whether he’s talking custom bikes or custom boats, Jones is comfortable in front of or behind the camera.

With an emphasis on family fun, adventure, outdoor enjoyment and the social benefits of owning any type of boat, the first episode of Boat Show TV aired earlier this year and Jones said they are producing episode 12 with hopes of airing 15 shows in 2014. 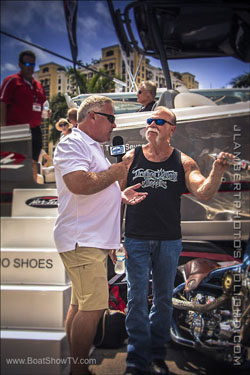 “We get an amazing response with television,” Jones said. “It’s a very powerful media tool to help get people into the sport and keep them into it. Seeing and hearing the boats come to life will get anyone excited. Thanks to our relationship with FOX Sports Florida/SunSports we can expand on the boating content we produce. And thanks to Boat Show TV, it makes it easy for us to pursue new genres and new platforms.”

Jones is taking the new platform seriously as the FPC team is currently working on the first of several shows for a new series featuring motorcycles called Paradise Riders, which will begin airing in December. The premier episode features the Peterson’s Key West Poker Run, a 42-year event that attracts more than 15,000 motorcycles.

Clearly Jones, who has tried to create more opportunities this year for cars and motorcycles to be involved with the boat events, is taking a strong initiative to produce more television and expand into other lifestyle and motorsports platforms.

Event production—as in the poker runs his team organizes—will remain a driving force as it makes collecting content that much easier, but Jones said much of his efforts will shift toward television. He said he plans to produce at least two Powerboating in Paradise magazines a year, but not as many as in past years.

“These are all things I’ve had an interest in so it makes it that much more enjoyable,” Jones said. “The best part is that the opportunities are practically endless.”