A few weeks after winning his second consecutive offshore racing world championship with the Miss GEICO Offshore Racing Team last November, Marc Granet went fishing. Seems like a good call, right? Cold one clasped tightly in one hand, rod and reel dangling from the other—a fitting reward, at the end of a long season of Super Boat International Unlimited-class racing, for a job well done.

Except that’s not the kind of angling Marc Granet did.

We’re talking about the anything-but-chill world of competitive South Florida billfishing, where big bucks—upward of $500,000 for a tournament—are at stake and no one is out there to relax. Granet is one of five anglers on the team manning Just Do It, a 64-foot Hatteras sportfishing machine with a captain, two deckhands and a cameraman. He’s been on the team for three years, and their 11-event season began shortly after the offshore racing season ended. 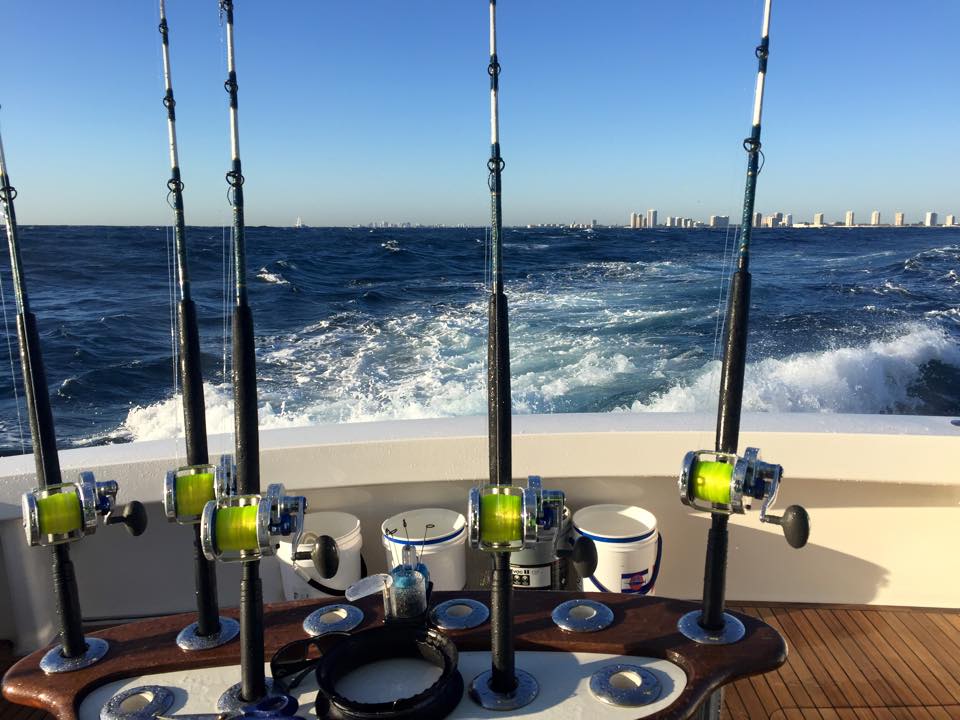 On Just Do It, the Miss GEICO driver’s angling gets serious.

“It’s very, very serious when you are doing this tournament stuff,” said Granet. “There are a lot of really good fishermen in this area. We’ve had some good wins, but this year has been a little tough on us. We’re coming up on our world championships in two weeks.

“This is a tremendous team—I was very fortunate they gave me a chance a few years ago,” he continued. “There’s a ton of pressure. There are four anglers with seven lines in the water, and if someone hooks up, the other six lines stay in the water—the other anglers keep fishing because these fish come in packs. So you have to get your fish in and avoid all the lines. It can be a little crazy. But if you drop one fish, it could be $50,000. It’s a big deal. We’re talking $250,000 to $500,000 for a couple of days of fishing.

So what does Granet, who lives in Boca Raton, Fla., do to relieve the stress of competitive angling? He goes fishing on his 38-foot Jupiter center console with twin 250-hp Yamaha engines, plenty of rod holders and more emergency medical equipment than the average ambulance.

“It’s the social side of fishing,” he said. “We fish for pelagic fish—dolphin, wahoo, tuna and so on, and except for the ‘meat fish’ it’s all catch-and-release.”

The family that fishes together (from left): Holden, Danae, Nathan, Devon and Marc Granet.

Most recently, Granet headed to Bimini and a few smaller nearby dots of sand with his sons, nine-year-old Nathan, and Holden, who is four years Nathan’s senior. Devon, Granet’s 15-year-old daughter, didn’t make the Bimini trip.

“If anyone wants to be out on the water, it’s Devon,” said Granet. “But she gets a little seasick sometimes and she’s blessed with fair skin and red hair. Actually, she was just out with us this weekend.” 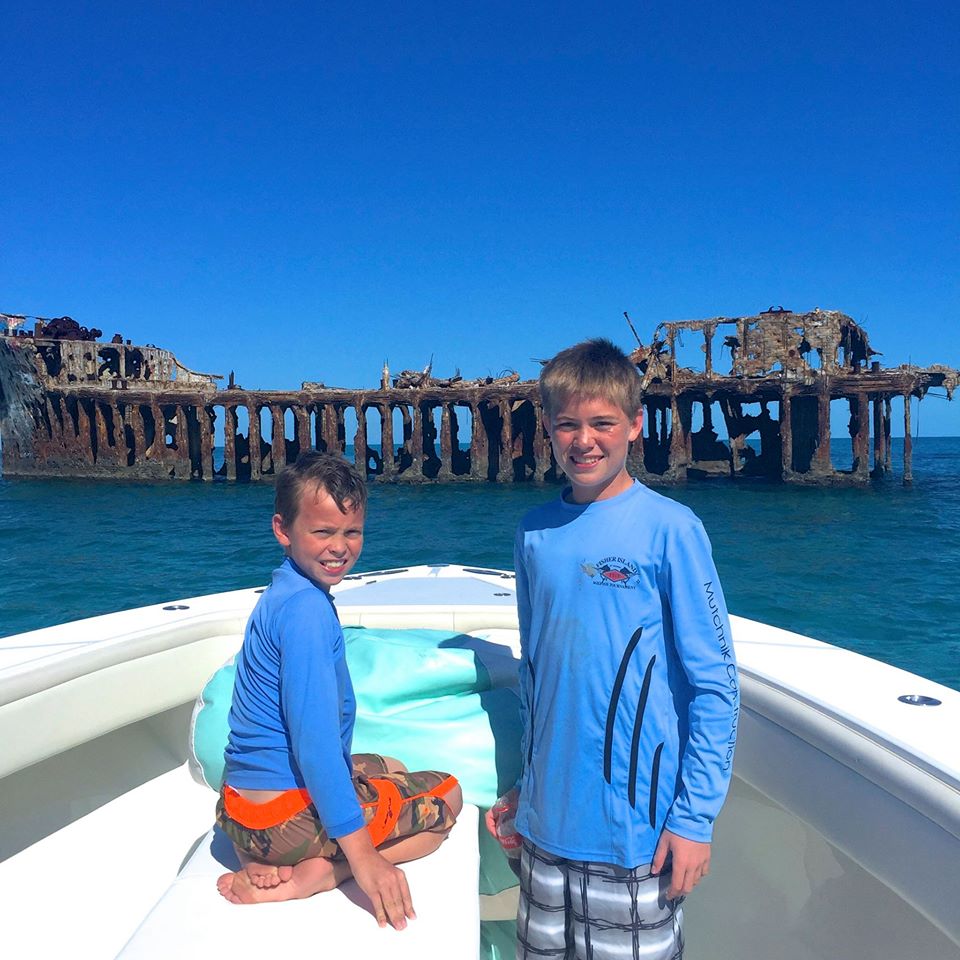 A little wreck diving off Bimini had the Granet boys all smiles.

During the four-day Bimini adventure during the boys’ spring break, Granet and his sons did a little fishing, a little snorkeling, a little beachcombing and a lot of, well, just being guys.

“The interesting thing about being out on the water is you are kind of free from all the distractions,” said Granet. “About the middle of the first afternoon, the kids start to deprogram. The kids start smiling, and then you start smiling. That’s what keeps me coming back for more.”

In two weeks, the South Florida billfishing tournament season will be finished. Four weeks later, the SBI offshore racing will begin and Granet and throttleman Scott Begovich will take to the cockpit of Miss GEICO in Cocoa Beach, Fla. Rest assured, when the 2015 season ends in mid-November, Granet will be going fishing a couple of weeks later.