You are at:Home»Awesome»Half Way to One Thousand Columns

As far as I can tell, I wrote my first column—rhetorically titled “Will Custom Center Consoles Rule the High-Performance World?”—for offshoreonly.com in 2012. That piece went live on July 31. To call it prophetic would be pretentious and arrogant, but to call it an accurate prediction would be, well, accurate.

Of course, you didn’t have to be psychic to see that coming. You just had to open your eyes. 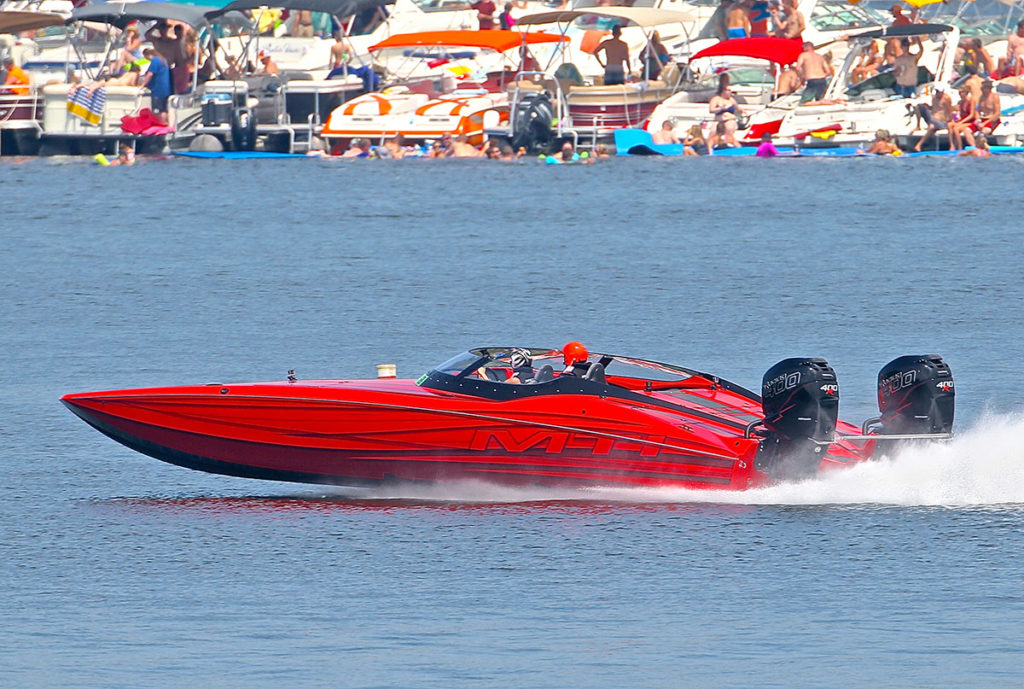 Regardless of the topic, writing two columns a week for offshoreonly.com is a joy for Trulio. Photo by Pete Boden/Shoot 2 Thrill Pix.

Here’s what started me on this self-indulgent trip down memory lane: This is my 500th column for offshoreonly.com.

My gig with the website started as a weekly assignment. About two years ago, it became semi-weekly, meaning twice a week if for some reason the publishing jargon throws you. (Bi-weekly would mean every other week.)

Believe it or not, I look forward to writing my columns each week. Folks who don’t write for a living tend to fear and—as a result—dread it, yet I flat-out love what I do. I am the luckiest guy in the world. I like to think I was born to do this job.

Of course, as always, you are and always will be the judge of that.

Writing a column is a particularly fun task, much different than writing news or—what Powerboat magazine first hired me to do in 1994—feature stories. To some extent, the news comes to you. It happens and you report it.

As for feature writing, you pick a subject, research it, which can mean anything from tons of phone work to hitting the road to see for yourself, and write. Feature writing is storytelling and, as such, demands clarity, creativity and lots of planning. It’s the reason a much better writer than I once wrote, “I do not like writing. I like to have written.” (The actual source of this quote remains in debate.)

But with a column, you have the challenge of a publishing deadline—in my case Tuesday and Thursday for offshoreonly.com—combined with almost limitless options for what you can write about within the given subject you cover. As you know, I cover the high-performance powerboating world but my columns on the subject can be anything from personality pieces to market trend observations to pure commentary.

The deadline is the pressure. The inherent flexibility of a column frees you from it.

No one ever understood the joy of writing a column better than my professional hero Rick Reilly, the former Sports Illustrated magazine contributor who became my favorite all-time columnist and inspired me to want one of my own. Reilly once a wrote a column about a round of golf he played with then-President Bill Clinton, and that funny yet poignant piece got me thinking about how amazing it would be to have a regular column.

I don’t have a favorite column that I’ve written. Typically, it’s the most recent one—in this case last Thursday’s “Phantom Appearance“—until I read it live for the second or third time. Then I hate it and vow do better next time. That’s just my process.

Here’s one more thing being a columnist is: a privilege. I get paid to write columns for you twice a week. Aside from doing the best work I can, whether you like them is out of my control, just as it was 499 times before I wrote this piece. (For record, I finished this column last Friday before the Labor Day weekend holiday got rolling.)

And that, too, is part of the fun. Negative or positive, and of course I want you to enjoy my columns but my skin is plenty thick if you don’t, your response and feedback mean the world to me. I take them seriously.

So halfway to 1,000 columns, I have just one more thing to say—I mean write.