You are at:Home»Awesome»Hot Off the Press 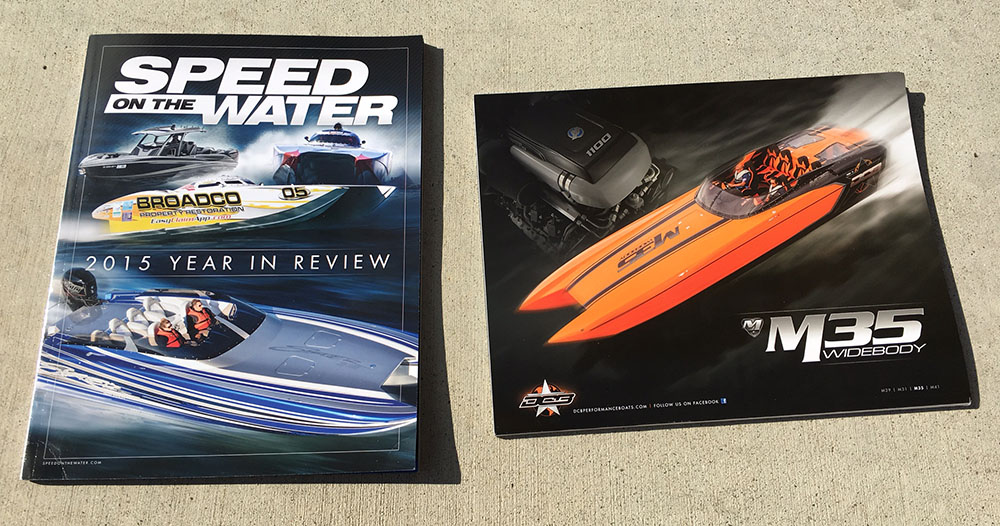 A lot of hard work went into the Speed On The Water 2015 Year In Review magazine, which is now available for purchase.

Shortly after posting a speedonthewater.com news story on the Florida Powerboat Club’s upcoming Winter Poker Run to Marathon, Fla., I sat down to write my OffshoreOnly.com column on the same subject matter although not from the perspective of Stu Jones, FPC’s president and founder, but from the eyes of two returning participants. Ten, maybe 15 minutes later, I heard a knock at the door.

I was hoping the knock was what I thought it was—my two hot-off-the-press copies of the Speed On The Water 2015 Year in Review magazine—and I was not disappointed. I tore open the box, ripped off the plastic wrap and cracked the issue. An immediate “freshly printed” aroma emerged and I couldn’t help but smile, take an even deeper breath and reflect on the journey that led to the 132-page oversized print issue in my hands. A printed magazine that evolved from a bi-monthly digital magazine, which evolved from a daily news site that evolved from a “blog” started by my business partner, Matt Trulio, in 2009.

It was an awesome feeling to be able to finally hold the Year In Review issue we’ve been touting since September.

Since the very first day of 2012 when Trulio, who I worked with for several years at Powerboat magazine before it was disbanded in 2011, announced we’d be working together on speedonthewater.com, we discussed the possibility of bringing a print magazine into the equation. Part of me figured it would never happen, and that was OK. But another part of me—and Trulio for that matter, as we’re both suckers for the printed word—believed a print magazine really could work.

For two reasons really. This sport is so incredibly visual that the imagery is just begging to be printed. Second, many readers have been asking for a print issue and our customers were ready to support it through advertising thanks to a resurgence in the market.

We knew that if we were to do a magazine that it would have to reflect the action-packed photogenic nature of the sport and lifestyle in terms of quality, news value and wow factor. I think we pulled it off and I’m hoping you agree. I welcome your feedback—good or bad—once you get your copy. If you haven’t ordered one yet, it’s easy to do on the speedonthewater.com site. 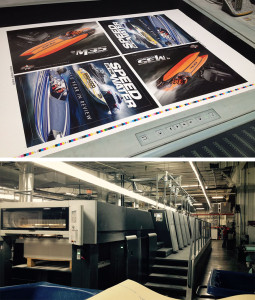 The magazine printed last week and is shipping to readers across the country this week.

There’s a definite attractiveness and thud factor to the 10-inch by 13-inch magazine, so much so that it was hard to put it down all afternoon. Maybe it’s that I missed doing a print magazine or the fact that this is our very first self-published magazine. Both Matt and I have worked for various magazines in our career, but we’ve never done one on our own like this.

Of course, a lot of hard work and late nights went into the magazine and Matt and I have expressed our gratitude several times to the magazine’s art director, Ricky Damien, and the many talented photographers who contributed to the issue. I’d also like to thanks Rodrick Cox and Bill Zwerger of Cox Group in North Carolina, who lent their marketing and creative advertising expertise to several companies, and Walsworth and Showcase Publishing for bearing with us and helping us turn our vision into a reality.