You are at:Home»Awesome»Inside The November/December Issue Of Speed On The Water Magazine 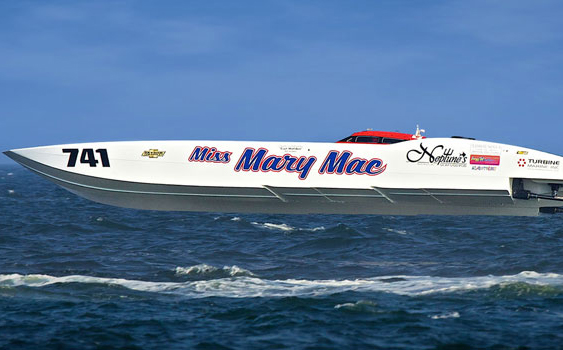 Thank to images like this one from photographer Tim Sharkey, Speed On The Water digital magazine’s “Year In Pictures” feature is stunning.

I have a confession to make: Jason Johnson and I had a blast putting together the latest issue of Speed On The Water digital magazine, which went live this morning and can be downloaded for free by clicking here. Don’t get me wrong—between us, Johnson and I put in a lot of late (his schedule) and early (my schedule) hours. We wrote, edited and read, and then did it again and again, until we could no longer stand to read what we wrote and edited. We looked at image after image with screen-weary eyes and debated the merits of each until we reached the “flip a coin” stage. That’s all part of the process of creating a magazine, and if you don’t accept and commit to the process—the real “work” in the publishing world—you’re in the wrong business. 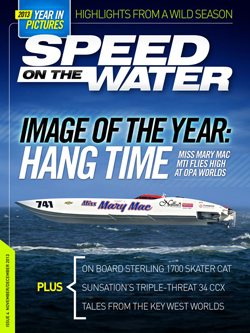 Last night, when Johnson sent me the final PDF of the November/December issue to review, I had to stop and catch my breath a few times as I went over it. Because while, yeah, it’s a ton of work for two guys with a little help from a gifted art director who takes on our bi-monthly cover design chores and a whole lot of help from a few photographers, it’s also a ton of fun. And this issue was more fun that most.

The Year In Pictures: Quick, name 10 events, people, new go-fast boat models/engine or whatever else made 2013 a memorable year. Now name 20.  Now 40. It gets hard in a hurry, right? Well, yes and no. The choices are tough because you know that invariably you’ll leave out something, but finding them is easy if you produce a daily go-fast boating news site, meaning speedonthewater.com. Once you make your choices, all you have to do is track down 40-something high-resolution images for the magazine’s Active PDF platform, which enables you to link their headlines to the original news stories, and write 1,000, plus words worth of captions. 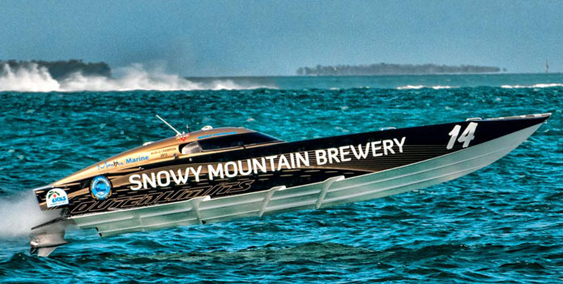 With links to the original daily news stories, “As The World Turns” paints a big picture of the recent SBI Key West Worlds. Photo by Jay Nichols.

As The Worlds Turn: Back in the day when Johnson and I both worked in the print magazine realm, covering the Super Boat International Key West Offshore World Championships meant waiting two to three months from the time the event to happened to the time it appeared in print. No longer—the event covered in this issue’s story happened less than two weeks ago. Another advantage of having speedonthewater.com as our daily media outlet? From Tuesday through Sunday during the Key West event, we provided daily updates—even on the non-racing days. That enabled us to take a pulled-back, bigger picture approach with the feature for the magazine, which has live links to all the daily news stories on the Key West Worlds that appeared on the site. 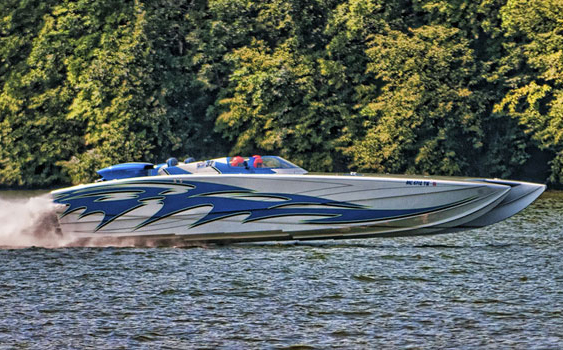 The 1700 Odyssey: Three years ago—when speedonthewater.com was just a year old—I started following Sterling’s 1,700-hp turbocharged engine project. That translated to something like 20 news stories during the next 36 months, so when it came time to write the final comprehensive chapter of the story for the magazine after I took a ride in a 36-foot Skater catamaran with the monster engines I was more than ready. The magazine feature tracks all of the engine’s trials and tribulations, as well as its final triumph at the 2013 Lake of the Ozarks Shootout. 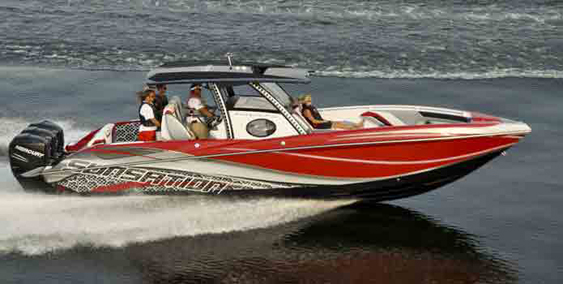 With Bob Teague helping with the driving chores, Jason Johnson takes a look at the first Sunsation center console with three outboard engines in “Triple Threat.”

Triple Threat: Johnson and I have stuck with the story of Sunsation’s 34-foot center console not just because center consoles helped carry the go-fast powerboat world in recent years, but also because the life of the Algonac, Mich., company depended on it. For his first-person look at the builder’s first triple-outboard 34 CCX, Johnson teamed up with our longtime friend Bob Teague, Speed On The Water magazine’s technical editor, and they ran it hard on Missouri’s Lake of the Ozarks during the Shootout. For Sunsation and its customers, this one has a happy ending. And what’s not to love about that?

November/December is the fourth issue of Speed On The Water magazine and, yeah, as I wrote above a ton of work went into it (and we’re already working on the January/February issue, plus handling the ongoing task of producing daily content for the site). But the fun factor in creating this issue was off the charts. If you enjoy reading it half as much as we enjoyed putting it together, we’re pretty sure you’ll be pleased with the results of what we consider having the best job in the world.