You are at:Home»Awesome»Pro Marine RC Hitting It Out Of The Park

Pro Marine RC is expecting to have its first 33 Phantom SV RC boat, which is modeled after a Phantom Boats’ raceboat, in the water for testing next week.

Between the soon-to-be-released 33 Phantom SV RC modeled after the successful Phantom Boats raceboat and the twin-engine, outboard-powered edition of the Pro Marine RC Skater Widebody to follow, Micheal Stancombe is staying quite busy with the “hobby” he started about a year ago.

Keeping up with the demand of his Indianapolis-based company’s Skater Widebody and MTR models has provided plenty of work on its own, especially since Stancombe has been fielding international calls and will have some dealers set up in other countries soon, but the addition of new models and the iterations of others has him running full throttle. The thing is, that’s where he prefers to be, which is no surprise considering his racing pedigree.

“It’s definitely gone from a part-time thing to a full-time thing, but I’m not complaining—I mean I get to play with toy boats every day,” said Stancombe, a nightclub and restaurant owner who teamed up with his father, George, for many years on the offshore racecourse. “We have some cool stuff in the works, too, including a limited-edition Summer Richardson Skater that will be painted like Summer’s Shootout boat and have a pleasure boat cockpit with instrumentation panels, seats, a smoked windshield and a steering wheel. We’re doing 200 of them and we expect it to be a popular model.”

The company’s Skater Widebody RC boat is going to be available with twin outboard engines soon.

The list of notable performance boaters who have ordered a boat from Stancombe is lengthy. Shootout fan favorite Kenny Mungle placed an order for a Gone Again version of the Skater Widebody and offshore racer Travis Lofland of Deadliest Catch fame can’t get enough of his RC boat. He recently finished a Tommy Bahama-painted MTR for Paul Nemschoff and Mark Godsey, who owns the Project Mayhem 38 MTI, received one as an anniversary gift from his wife, Britney. Stancombe said Gino Gargiulo is having one painted like his former Mercedes-themed MTI and that he recently sold a boat to former Texas Rangers pitcher Jeff Russell. 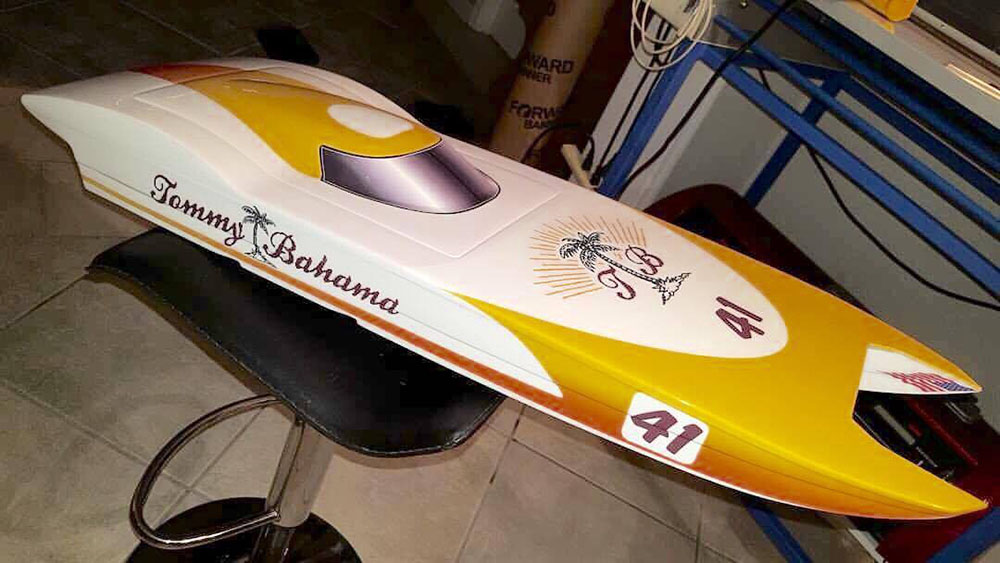 It seems hard to believe that just six months ago I was writing this column on Stancombe’s venture into the world of radio-controlled raceboats with one model and now he’s talking about an expanding lineup and international business growth.

If you’re interested in purchasing a boat or becoming a dealer, you can reach Stancombe via the Pro Marine RC website or at 317-319-5751.