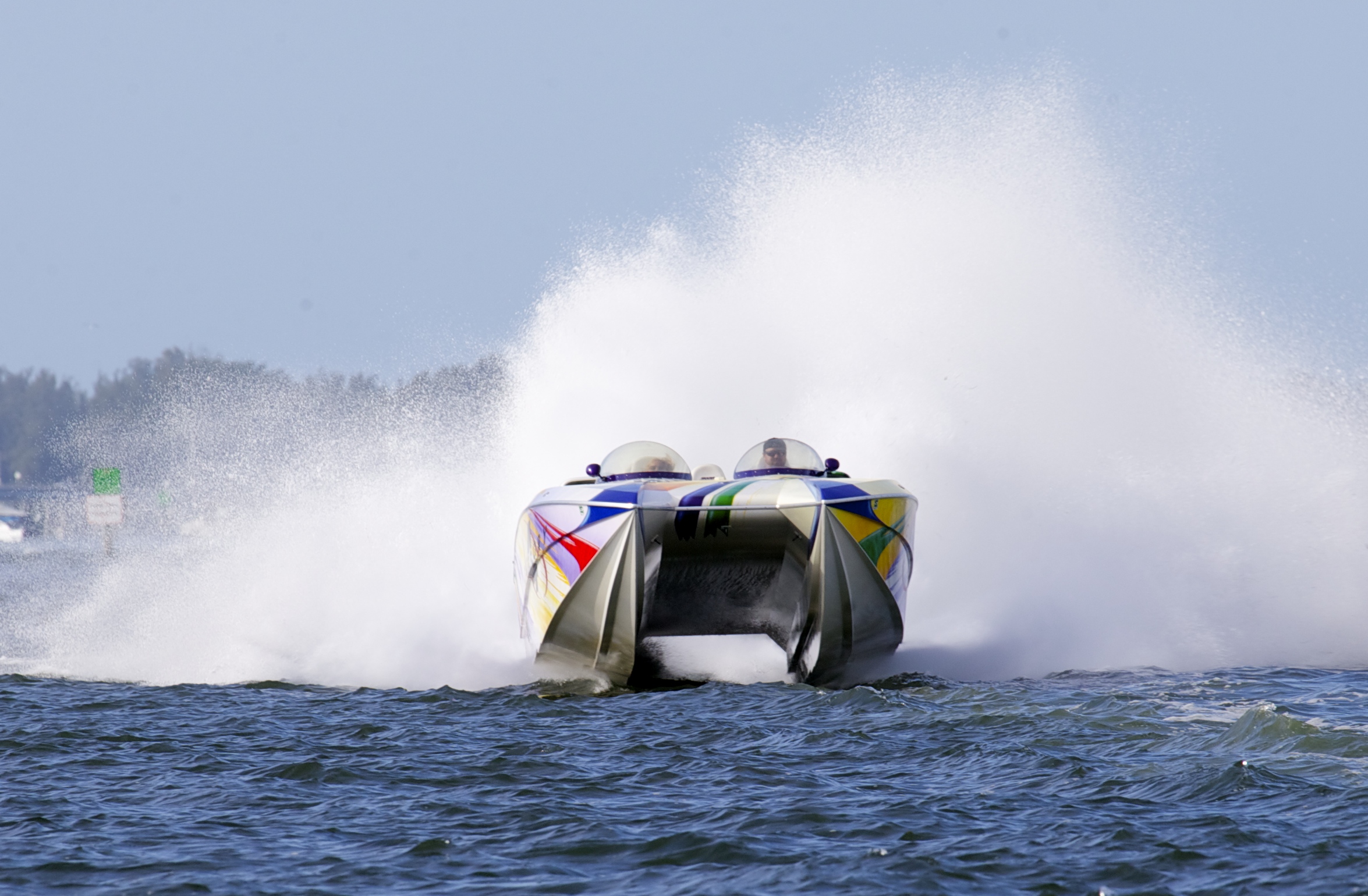 OK, I confess: I don’t love working every weekend. But when you say you’re going to produce content seven days a week, 365 days a year—as we do on speedonthewater.com—it comes with the territory. That online traffic diminishes on weekends doesn’t give you license to slack off, as tempting as that may be. If you say you’re going to do it, you do it. No excuses.

But I have to confess something else: Thanks to the fifth annual Joey Gratton Memorial New Year’s Day Fun Run and the Fort Myers Offshore New Year’s Fun Run, just one day and 76 miles apart from one another on Florida’s west coast, I dug working last weekend to provide coverage of both events. Between the two happenings, they attracted more than 130 boats. What’s more, they served their own higher purposes. One celebrated the life and times of a beloved offshore racer. The other raised more than $10,000 for a college scholarship fund. 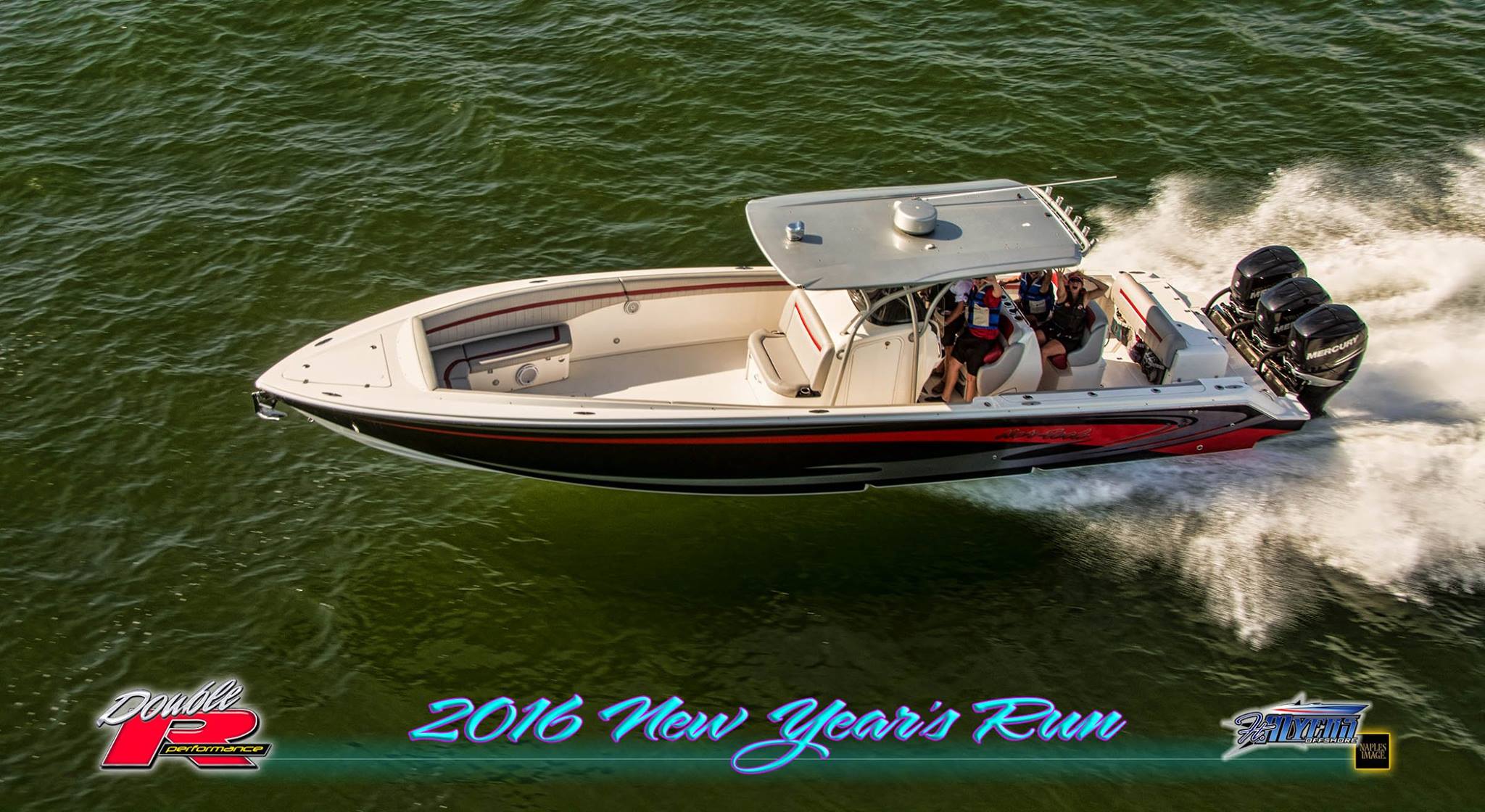 That they weren’t scheduled on the same day meant folks in the area could participate in both runs—yet another positive start to 2016. Scheduling events during the peak of the go-fast boating season almost guarantees that there’s more than one great event per weekend. There’s just no way around it. But that doesn’t have to happen on the first weekend of the New Year, even when the events are in one another’s backyard, and it didn’t.

Much as he enjoys his time in offshore raceboats on Sundays, Mike Yowaiski appreciates logging hours with his wife, Shannon, and friends in their 32-foot Concept center console.

At least three more things made putting in a few hours of work last weekend even more worthwhile. First, I enjoyed publishing offshore racer Mike Yowaiski’s “Sunday Fun Day,” the latest installment in speedonthewater.com’s weekly series on what floats the boat, so to speak, of various folks in the go-fast boating community around the country on Sundays. Yowaiski has been a longtime contributor to the site, and I like to believe we’ve helped him develop as a writer. He’s a natural talent, that’s for sure.

A major talent, photographer Rodney Olson is looking forward to branching out with his work this year. (Photo by Rodney Olson/Full Speed Photography)

Second, photographer Rodney Olson reached out on Sunday to let us know he’ll be looking to grow and expand his photography career, which was more or less on hold for much of 2015 for personal reasons, in 2016. So I had the pleasure of looking through many of his images to create a “Portfolio” slideshow piece for him. Olson is a talented guy with a great eye and a burning passion for the go-fast boating world, and I’m looking forward to watching—and helping in any way possible—his shooting career blossom.

Third, and last, I exchanged emails with David McCreary, speedonthewater.com’s webmaster, yesterday afternoon. I was trying to figure out how many visits and page views the site received in 2015. His gruff response, “A metric s-load” wasn’t quite cutting it for me. (An insane and profane workaholic genius I’ve known since 2000 when we both helped start boats.com, McCreary tends to respond that way.) When pressed for more detail, he grudgingly went through our content management system and Google analytics to let me know that in 2015 the site received 1.1 million visits and 5.5 million page views, which definitely improved my understanding of what “a metric s-load” actually means.

I think it’s going to be a great year. At least it’s already off to such a great start that, so far at least, I don’t mind working weekends.