You are at:Home»Awesome»The Volunteers Corps 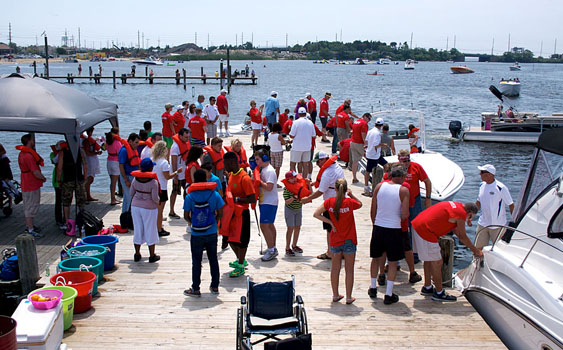 From assisting at the docks to taking kids for rides, it takes dozens of volunteers to make sure the annual Shore Dreams for Kids runs smoothly. (Photo by Tim Sharkey.)

After spending two fun-filled days in beautiful Boyne City, Mich., with the participants of the Boyne Thunder Poker Run a couple of weeks ago, it was clear to me that the support for the event and its charities—Camp Quality and Challenge Mountain—is extremely community driven. From the generous sponsors and participants who are committed to giving back to the charming community on the southeast end of Lake Charlevoix to the hundred or more people who donate their time and energy to making sure the event runs smoothly, the enthusiasm for the 11th annual poker run was as genuine as it gets.

I left Boyne City early Sunday morning, ended up in Detroit for the American Power Boat Association (APBA) Gold Cup—the second stop on the H1 Unlimited schedule—and, while at the historic hydroplane race, checked out a speedonthewater.com story about another successful Shore Dreams for Kids event in Seaside Heights, N.J., on Saturday. 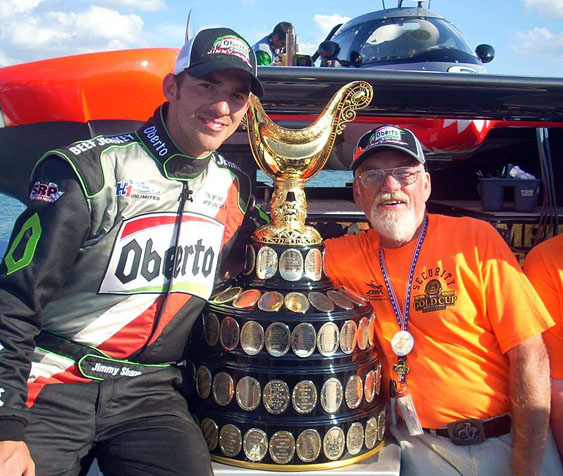 What’s interesting is Boyne Thunder is a thriving poker run in a breathtaking part of the country, the Gold Cup features fast-paced racing on the Detroit River for the oldest active trophy in motor sports and Shore Dreams is an all-about-the-kids day with charity rides and carnival-type activities for 750 physically- and mentally-challenged children and adults and their families.

The events don’t have much in common besides the fact that they all take place on the water. There is one other thing—an army of volunteers was needed to make sure each one went smoothly.

I witnessed the volunteers in action at both Michigan events and Matt Trulio pointed out the same thing when he wrote that it takes “a village of volunteers to put on Shore Dreams for Kids” in the lead image caption of his story.

An estimated 400-plus volunteers were utilized for the Gold Cup, which was celebrating its 105th running. In fact, there is a volunteer information page on the event’s website where people can get more information and apply to volunteer for next year.

“Volunteers make this event possible—we absolutely could not do it without them,” said Mark Weber, event director for the Detroit River Regatta Association, which produces the Gold Cup. “They, and the fans, are the heart and soul.” 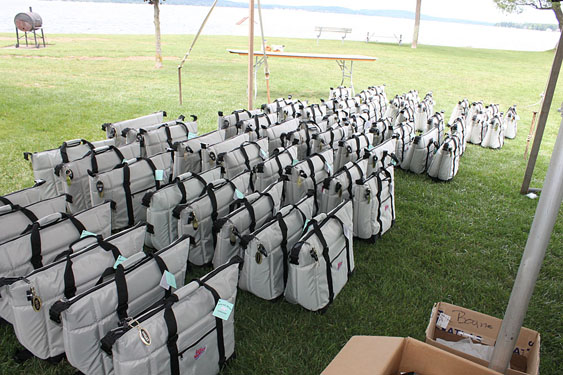 Without volunteers many of the behind-the-scenes efforts like stuffing captain’s bags would be easier said than done. (Photo by Jason Johnson.)

Dr. Peter Oppermann, who is one of several volunteer board members for the Boyne Thunder Poker Run, said every volunteer makes a difference. Whether it’s driving one of the 30 patrol boats on the course, registering poker runners or assisting at the docks, everyone comes together in the best interest of the community.

“It’s easy to turn volunteers off so you have to be careful about that by being organized and prepared,” said Hugh Conklin, Boyne City Main Street program director and chairman of the poker run committee. “Not only do the volunteers for the Boyne Thunder Poker Run like contributing to an event that raises money for good causes, I think a lot of them enjoy being part of the event. There’s good camaraderie between them and they get a front row seat for most of the action.”

I don’t have the answer as to what makes a good volunteer or why someone volunteers for an event in the first place. But I know that there are dozens more events across the country like the ones I mentioned that rely heavily on volunteers. So keep the army in high spirits—without it many events may not even exist.