You are at:Home»Boat Show»Strong Expectations For Lake Havasu Boat Show

For the 27th time, the annual Lake Havasu Boat Show is returning to Lake Havasu City, Ariz. in just a few weeks (April 6-8) and, according to organizers, the display of boats at Lake Havasu State Park, Windsor 4, is going to be as big as ever.

Bob Brown, the owner of Media Direction who organizes the event in conjunction with the Lake Havasu Marine Association, said the largest boat show in Arizona and Nevada is filled to capacity with more than 140 exhibitors and vendors, including hundreds of boats, marine accessories and the hottest new water toys. He added that the show, which is located off London Bridge Road next to the Hampton Inn, is a great time to get the best deals for the upcoming boating season.

Brown admits the show has a significant amount of towsports boats, pontoons, fishing boats and personal watercraft, but he said performance boat enthusiasts can get their fill because companies such as Advantage Boats, Cobra Performance Boats, Conquest Boats, DCB Performance Boats, Eliminator Boats, Hallett Boats, Howard Custom Boats, Interceptor Boats, Nordic Boats, Shockwave Boats and more are going to be displaying their latest and greatest. Some of the builders will even have in-water boats available dockside for demo rides.

In fact, the Lake Havasu show is going to be the first spot the public will get a closer look at the new 22 Daytona from Eliminator powered by a single Mercury Racing Verado 400R engine. It’s also the place to check out the gorgeous all-new M33R outboard-powered sport catamaran from DCB.

According to DCB’s Tony Chiaramonte, the El Cajon, Calif., company is likely to have one of its new M31 Widebody models with twin Mercury Racing 860 engines on display as well as an M28 or M29 sport cat and at least one pre-owned boat that is for sale through DCB. He also said if anyone is interested in a demo ride in the M33R they can inquire at the show or by reaching out to DCB ahead of time.

Nordic’s Thane Tiemer said the local boat manufacturer is going to show off its “still-in-production” 34-foot deck boat along with five or six other models ranging from sportboats, deck boats and catamarans. 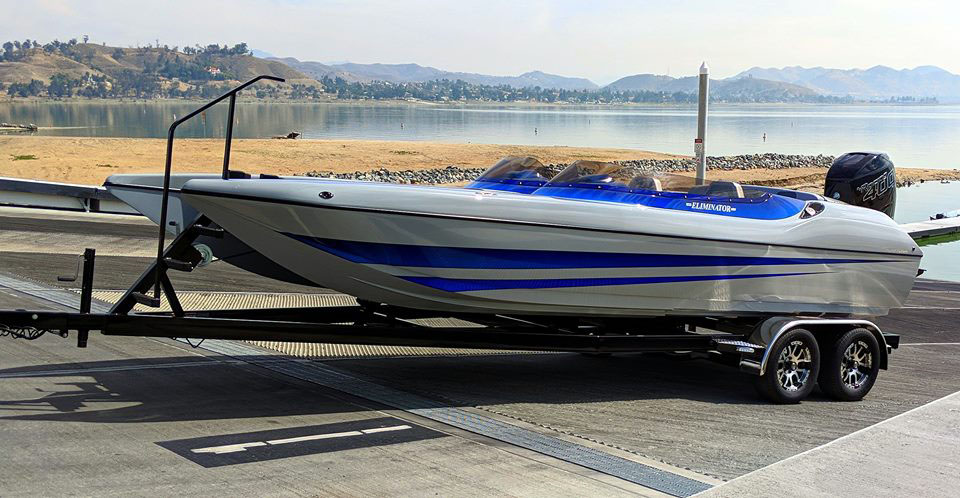 Of course, the show will be filled with various non-boat builders, including IMCO Marine, Jet Renu and Wozencraft Insurance, not to mention a variety of companies specializing in service, sales, lighting, cleaning supplies, audio/video systems, electronics and other accessories.

New for this year is the Lake Havasu Boat Show Meet & Greet party Friday evening starting at 7 p.m. at Heat Hotel/Bar that is being sponsored by RiverDavesPlace.com. Brown said RDP is providing a 20-percent drink discount off final bar tabs for those folks wearing their exhibitor badges.