You are at:Home»Boat Show»The Best of Miami International Boat Show 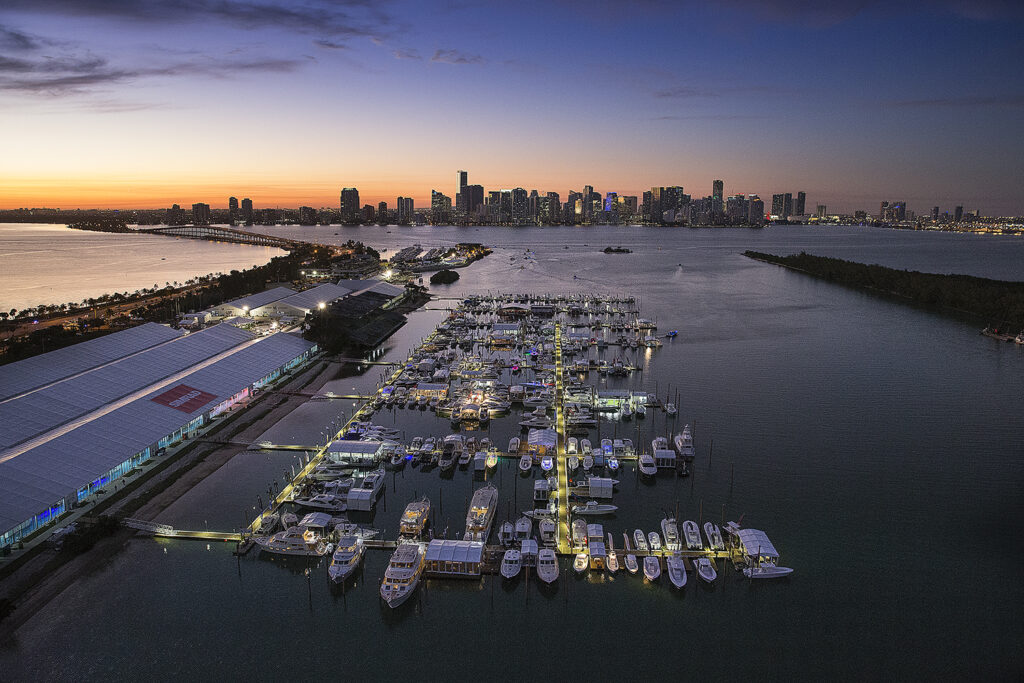 Docking at the iconic Miami Marine Stadium Park and Basin for the fourth consecutive year, the 78th edition of Miami’s annual show on water delivered an impressive display of fast machines, power packages and accessories geared for the high-performance crowd.

The National Marine Manufacturers Association (NMMA) gave a green flag to the industry with a report announcing that retail unit sales of new powerboats were up an estimated 4 percent in 2018 and the outlook for this year remains positive with continued growth expected.

The Miami Boat Show spans 90 acres, showcases products from 1,100 exhibitors and lures 100,000 visitors annually. Given those numbers and the reality that Miami traffic becomes more challenging by the day, traveling to the event via a 30-minute water taxi ride across Biscayne Bay offers an enjoyable view of those ever-changing City vistas that even this local writer finds amazing.

Celebrating its 80th anniversary in 2019, Mercury Marine jumped the show’s start with an exclusive preview a few weeks earlier as the company hosted a Media Excursion at legendary Lake X – then delivered a powerful launch as several of those innovative products were introduced opening day.

Mercury’s all-new 400hp Verado outboard engine steps up as the highest horsepower Verado branded outboard engine in its portfolio, suitable for a wide range of applications including the trending center console models.  “The acceptance of the 350hp Verado in the marketplace has been incredible and through extensive conversations with our global customers, we have learned that there is an appetite in the marketplace for a Verado-branded 400hp four-stroke outboard engine,” Mercury Marine President John Pfiefer said. “As boats continue to increase in size, so has the need for more power.”

Boasting impressive credentials as the global leader in high performance marine propulsion since 1973, Mercury Racing charted a dynamic course via its new campaign slogan “Wide Open” signaling the rebirth of the iconic brand. “Today’s high-performance boater expects a more multi-dimensional ownership experience,” Andrea Jansen, Brand Manager at Mercury Racing said. “We are committed to deliver the high performance lifestyle to enthusiasts that demand durability, reliability and refinement in addition to the raw performance Mercury Racing is known for.”

Walking along the show docks, today’s new breed of fast-paced designs continues to spotlight a dynamic selection of catamaran, vee bottom and center consoles. Not disappointing were in-water displays from the industry’s high performance stables of Iconic Marine Group, MTI, Nor-Tech and Outerlimits. 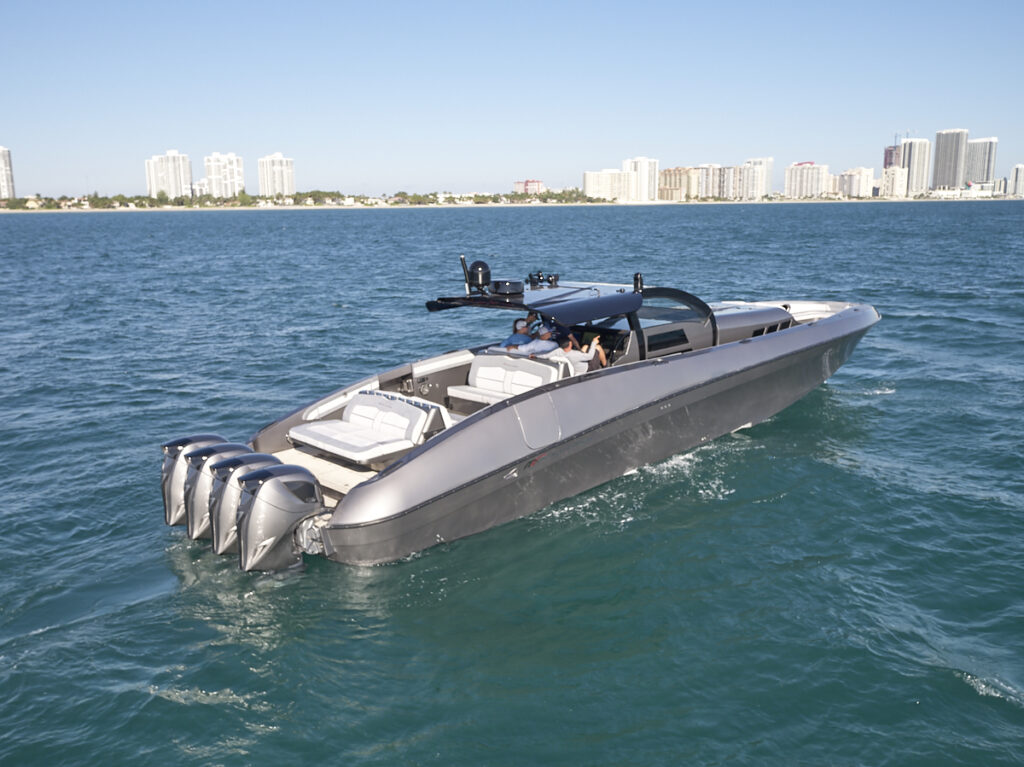 And if you didn’t make it to the show, Formula Boats South and FB Marine have teamed up to showcase their models at the Miami Beach Marina February 23-24.