You are at:Home»Boating»2017: A Wozencraft Boating Odyssey 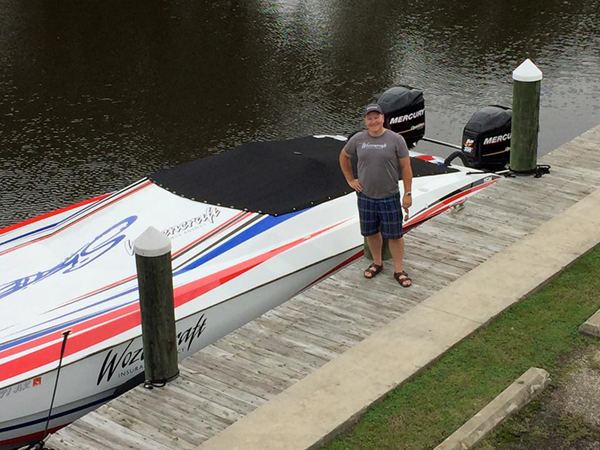 The Smokin’ The Sound Poker Run in Biloxi, Miss., was the second stop on Wozencraft’s 2017 event tour.

Long before he headed out on a national go-fast boating event tour this spring—an adventure that can only be described as epic—most folks in the performance-boating world had heard of Devin Wozencraft. After all, Wozencraft Insurance Agency, which is based in Southern California (and has a satellite office in Arizona), is one the nation’s premiere players in the high-performance powerboat and high-performance powerboating event insurance game.

But by the time mid-November rolls around, go-fast enthusiasts in Louisiana, Mississippi, Missouri, New York, Canada, Michigan, Ohio, Kentucky and Florida will have had a chance to hang out with him during an event. And although running his 30-foot Skater catamaran in the company of current and potential future clients definitely presented marketing opportunities for the insurance man, that really wasn’t what hitting the road with his boat in tow in May was all about.

“Number one, I am a boater and I’m there to go boating and meet a lot of my fellow boaters,” said Wozencraft, who just returned to his California office from last weekend’s Lake Erie Offshore Performance Association Thunderfest Poker Run in Put-In-Bay, Ohio. “I’m not there to peddle insurance or be a pesky salesman. I’m there to enjoy the events and build relationships so that maybe, when the day comes, if they need insurance they might think about Wozencraft. But I don’t talk insurance to anybody unless they bring it up. Then I’ll talk about it.” 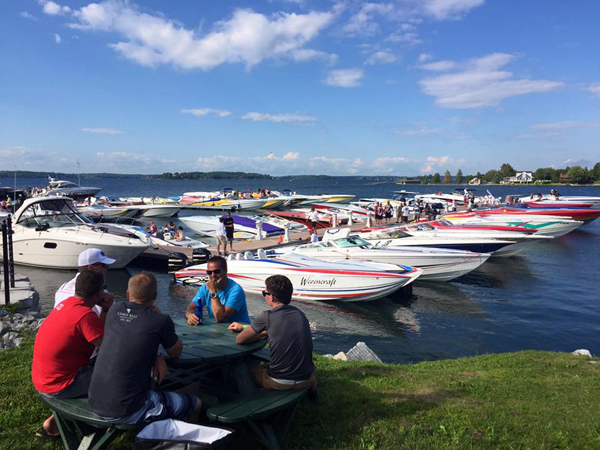 Wozencraft on the inaugural 1,000 Islands Charity Poker Run: “It felt like you had your own personal concierge service.”

Wozencraft’s odyssey began in May, when he hauled his 30-foot cat from Lake Havasu City, Ariz., to Louisiana where he met up with his friends and clients Michael Pierce and Nate Michel before the Tickfaw 200 Poker Run. Wozencraft left the boat and his truck in Louisiana with Pierce after the Tickfaw event and flew back to California. He returned a few weeks later and hauled the cat to Biloxi, Miss., for the Smokin’ The Sound Poker Run. From there it was back to California by plane, but a few weeks later he returned with his wife, Julie, and their children Lelani and Lukas and hauled the boat to the Support Our Troops Poker Run at the Lake of the Ozarks in Central Missouri.

Wozencraft left the boat-and-truck combo with his friend and client Scott Kottman in St. Charles, Mo., after the Support Our Troops event, and he and his family flew back to California. They returned a few weeks later and began the long haul north for the inaugural 1,000 Islands Charity Poker Run in Clayton, N.Y. Along the way, they stopped in the Buffalo area to see Anthony Scioli of Elite Poker Runs LLC, another Wozencraft friend and customer.

“When we met up with Tony he asked if we were hungry,” said Wozencraft. “We told him we were, and he said, ‘Follow me’ and we ended up at his restaurant. It had already closed but he paid a cook and a server to stay later and they made and served us a full-on Italian dinner. It was just the nicest thing in the world. I offered to pay for dinner, but he refused.”

The following day, the Wozencrafts unhooked their catamaran, left it at Scioli’s home and headed to Canada to tour Niagara Falls before running it in the 1,000 Islands event. Lukas’ three-week summer tour in Canada with the All American Boys Chorus forced the young man and his mother to head for Seattle, while Wozencraft and his daughter hauled the Skater into Canada and then down to his friend and customer Todd Fountain’s home in Newport, Mich., in advance of the LEOPA run.

“It’s about 100 miles closer to Michigan if you go through Canada,” said Wozencraft. “I had all my papers in order so it was no problem—it was really easy.” 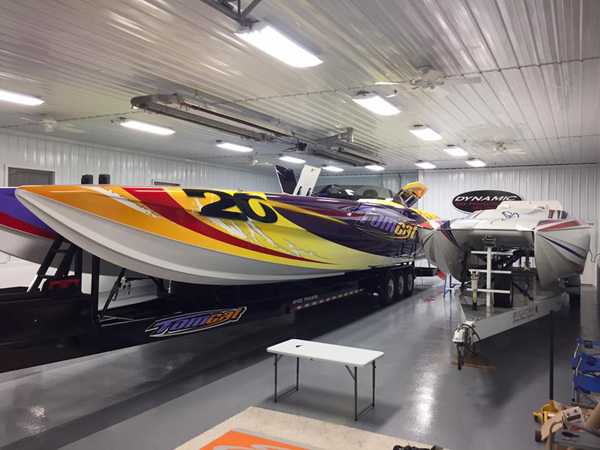 Now the boat is back in Missouri in the care of Kottman. In a few weeks, Wozencraft will return to haul it to the Lake of the Ozarks Shootout. He’ll keep the 30-footer in Missouri until he comes to fetch it for the Lake Cumberland Poker Run in Kentucky in September and—in what will be the last stop of his 2017 boating tour—the Florida Powerboat Club’s annual Key West Poker Run in November.

“I should be able to make it to Key West,” he said, then chuckled. “If I don’t run out of money first.”

Chances are good Wozencraft will finish his national tour with more than a few new customers. But it’s a sure thing he’ll come home with great memories and new friends. He won’t, however, return with his boat—it’ll be staying with Pierce in Gonzales, La., which will make next season’s tour that much easier.

“I’ve been meeting a lot of incredibly hospitable people in the boating world,” said Wozencraft. “The people in Louisiana and Mississippi in particular, they go out of their way to meet you and always put out their hands for a handshake. The guys at the 1,000 Islands Charity run were so organized that I think they were checking on every participant in the weeks and even days before the event—with all the volunteers helping you, it felt like you had your own personal concierge service. That one was so special I’m considering making the long haul there again next year. And Put-In-Bay, with all the restaurants and bars on one main street, was like a mini Key West.

“The whole thing has been fantastic,” he added. “Just fantastic.”