You are at:Home»Boating»Captain Ron: The Man Behind the Shootout 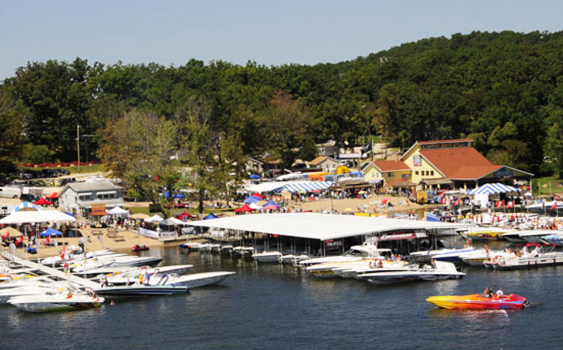 Captain Ron’s has hosted the Lake of the Ozarks Shootout since 2008. (Photo courtesy of Ron Duggan.)

In two weeks, the Lake of the Ozarks Shootout will be in full effect with boaters from around the country flocking to the Missouri lake to be a part of the 24th annual event, which is now a 10-day affair starting the weekend before the top-speed runs. And to think, just five years ago, thousands of powerboat enthusiasts were left wondering if the Shootout would even carry on. Well thanks to hundreds of volunteers and the dedication of one man in particular, the event is bigger and better than ever.

That man is Ron Duggan, aka Captain Ron. The owner of Captain Ron’s—the host property for the Shootout—Duggan was born in Kansas City, Mo., and has been coming to lake since he was a kid. Now almost 30 years as a resident of Lake of the Ozarks, the 52-year-old runs a handful of businesses on the lake while remaining a great family man to his wife, Nicole, and five kids. I caught up with Duggan this week and, along with answering my list of questions, he shared the good news that the speed limit was raised from 60 mph to 70 mph for the poker run on Friday. 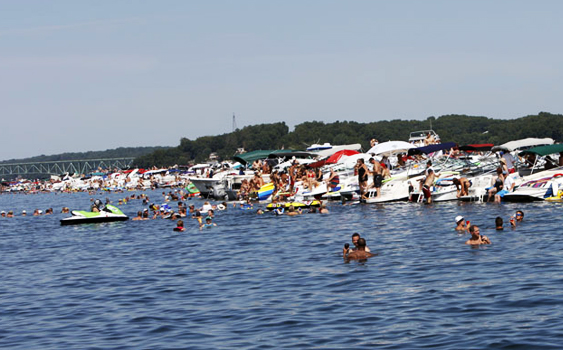 For what seems to be as far as you can see, fans line the Shootout course to watch the fastest boats in the country run for top speed. (Photo by Robert Brown.)

I know you’re a boater, can you tell me about any boats you’ve owned?

I’ve owned a boat since I first moved to the lake in 1983. My grandfather gave me his old runabout, about a 17-footer that we nicknamed “Scarab.” It had an old 1960s 40-hp Mercury engine. I then bought an open-bow 21-foot Regal, which I owned for about 15 years. In 2003, I bought a Fountain Powerboats 29 Fever with a 525-hp engine from Mercury Racing. It’s still a great boat after all these years. It runs about 70 mph even though I’ve had a lot of advice from Shootout racers on how to go faster! I had a 40-foot Sea Ray, which I bought in 2006 when my wife was pregnant. She wanted a smoother ride, so I gave up some speed for her comfort. But we sold it last year and we’re back to speed, which we all enjoy.

The Shootout isn’t your only responsibility—we know you own the home of the Shootout, Captain Ron’s—but is the restaurant your primary business?

Actually the restaurant is not my primary business, even though I spend a lot of time during the summer at Captain Ron’s. I came to the lake in 1983 and began running my father’s title insurance company, Sunrise Abstracting & Title Services, Inc. I bought him out in 1985 and have been doing that ever since. In 1993, we started a real estate closing/escrow company, called Westside Escrow, Inc., and at one point during the peak, we had three closing offices around the lake. In 2006, we started a property management company called SunWest Property Management, which specializes in condominium management. Also in 2006 is when we purchased this old rundown 1960s mobile home park and bar called Kula Bay (now home to Captain Ron’s). Then in 2010, we opened our second and third restaurants called El Capitan Mexican Grill and Cannon Smoked Saloon, and this year we relocated Cannon Smoked Saloon and opened the Bunkers Bar and Grill. 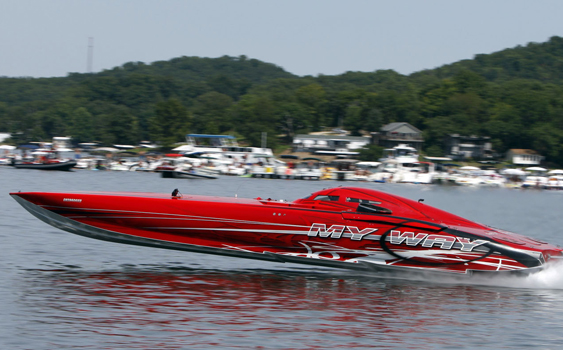 After running a course record 208 mph in 2011, My Way, a 50-foot Mystic catamaran, is set to return to the Shootout this year.

How did you get into the restaurant business?

I got into the business because I liked the piece of property that Kula Bay was on. I wanted to build condominiums on it, but we decided to see how the restaurant would do first. Obviously it was a good decision considering what the real estate market has done over the past four years. Our closing company tried to close on this place two or three times, but each time the buyer walked away because of the amount of TLC the place needed. That really didn’t bother me because I had built several homes over the years and had a subdivision development, so it was sort of a challenge to me to fix the place up.

Did you have any idea what you were getting into when you took over the Shootout in 2008?

I had very little knowledge of what the Shootout was all about. I used to come by boat every year and hang out by the start line so I could see the boats up close. I also had visited with [retired Fire]Chief [John] Suellentrop of Sunrise Beach the last year it was at Shooter’s 21 and he gave me a lot of advice when I told him I would like to host it. The key was to get people involved that had a lot of expertise in areas that I didn’t. I knew I couldn’t do it alone, so my first call was to one of my best friends, Kent Morris. Kent and his wife, Tricia,] own Pirates Point Gas Dock just around the corner and Kent is definitely a guy who can get things done. We put together an original team of about 12 people to organize this event and it grew from there.

What are your expectations for this year’s Shootout and all the activities preceding the weekend’s big event?

My expectation is that we have increased participation in all of the events during the week. As our participation grows, so do the dollars that we can donate. And, they are a lot of fun—from the mini-shootout and golf tournament to the treasure hunt and PWC dam run early in the week. Then we have a street party, an auction, a stereo shootout and a poker run later in the week. Probably the most heart-warming event of the week is Thursday’s Wishing on a Ride where boaters provide rides to kids with disabilities or illnesses. 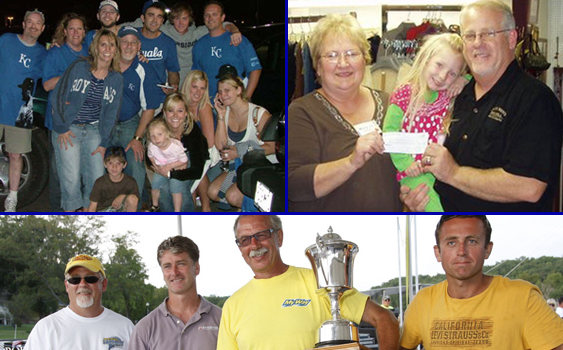 In your opinion, what does the Shootout mean to the area?

The Shootout is the one event at the Lake of the Ozarks that brings the communities around the lake together as one. We have six different school districts and dozens of small towns around the lake. Each area pretty much does their own thing and has their own events. We had 493 volunteers last year from as far away as Iowa, Nebraska, Illinois and Kansas. They donated over 5,700 hours of service to this event.

From the business aspect, this event is said to generate as much as $6 million to the local economy, and since the lake is primarily a seasonal destination, that is so important for the livelihood of hundreds of businesses and families at the lake.

Last question. I’ve seen you in Miami, Key West, Fla., and even Lake Havasu, Ariz., for notable performance-boat events, how bad has the go-fast bug bitten you?

When we were trying to get the Shootout in late 2007, it came out that there wasn’t going to be a Shootout any more, even though we were in the process of getting the water patrol to listen to another presentation by our team. Nicole and I had never been to a powerboating event, but we flew to Key West basically just to tell some of the racers not to change their schedule for the Shootout. We went out on the pier to watch the races and we have never been the same. It was such a rush to watch them fly by. To listen to the engines fire up and then roar down the course, it is really a great feeling.