You are at:Home»Awesome»Desert Storm Parties: Choose Your Vibe 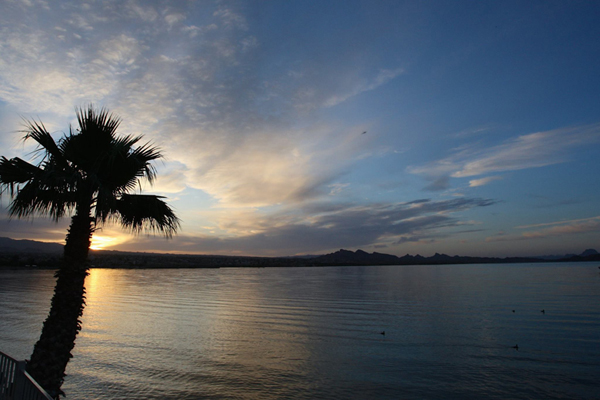 There’s plenty to do after dark with your fellow performance-boat enthusiasts during Desert Storm.

If you had to break Desert Storm in Lake Havasu City, Ariz., set this year for May 2-7, into three main events it would go like this: Thursday’s nine-hour street party on McCulloch Boulevard, the following day’s poker run on Lake Havasu and Saturday’s top-speed shootout on the popular Colorado River-fed waterway. From street to fleet, those are decidedly communal activities where performance-boat enthusiasts can rub shoulders with their own.

But as more than one out-of-town visitor has observed at Desert Storm during the years, the community — by nature of spread out lodging for those not staying at the Nautical Inn, the event’s official host hotel — gets dispersed, especially after dark. With the poker run the following morning after the noon-till-9:30 p.m. street party, most folks call it early on Thursday night. And Friday night, the poker run card turn and door prize party at Windsor Beach takes center stage.

But that doesn’t mean you have to be on your own socially Wednesday and Saturday nights. To kick things off, Horizon Motorsports LLC, which took over the facility at 1515 Industrial Boulevard once occupied by ill-fated Oregon Custom Marine, is having its annual open house starting at approximately 6 p.m. and shutting down around 10 p.m. An official Desert Storm event, the party will include a charity auction. Open to the public, the catered event will be well stocked with adult beverages — available at no charge — to attendees in the relaxed and cordial environment. 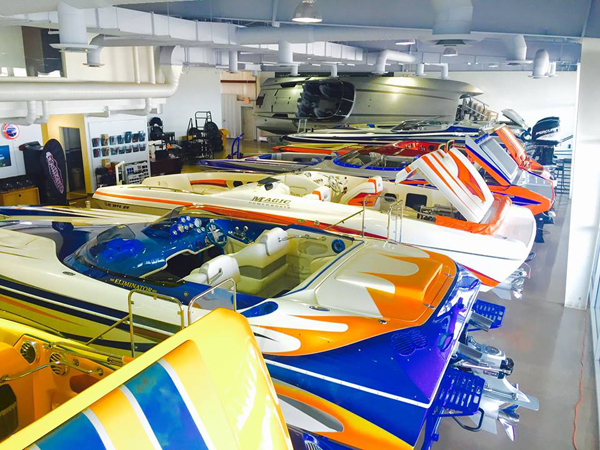 The showroom of Horizon Motorsports LLC will host Wednesday night’s party, which is open to the public.

But the biggest bash, the one where exhibitors and sponsors actually get chill out a bit with their customers after a pretty long workweek in the desert, happens Saturday night (after the poker run awards dinner) on the lake side of London Bridge at Shugrue’s Restaurant and Brewery Group (1425 McCulloch Boulevard). That’s the site of the River Dave’s Place Party, led by the notorious “River” Dave Johnson himself, the founder of the popular online community that bears his nickname.

The River Dave’s Place Party literally started as an underground affair: until two years ago it happened in the subterranean parking garage of the Heat hotel. While longtime Desert Storm attendees still feel a strong pull of nostalgia for the original venue, the crowd eventually outgrew it and moved to the banquet room at Shugrue’s, which it also quickly outgrew. This year, the party will take up and banquet room and all the restaurant’s patio spaces.

Admission to the River Dave’s Party, which will include a DJ in the banquet room and a “Jimmy Buffet-style singer” on one of the patio, is free. So, too, is the beer for the entire event, courtesy of the Johnson and his sponsors. Party-goers who aren’t quite lucky or quick enough to snag a wrist bracelet from one of the sponsors such as DCB Performance Boats will have to pay for their own cocktails, though they’ll be sold on the cheap, according to Johnson.

Of course, you can be as on your own as you like after dark at Desert Storm. That, too, is an option. But you definitely don’t have to be, regardless of where you’re staying.