You are at:Home»Boating»Joey Gratton Lives On In Sarasota Fun Run 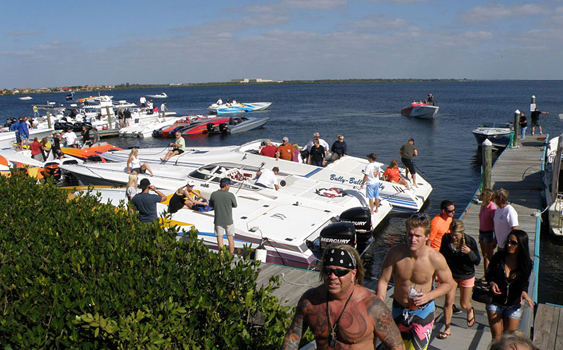 Ryan Beckley, one of the most enthusiastic and affable offshore racers in the sport, has been organizing a New Year’s Day fun run in Sarasota, Fla., for the past decade. But last year the run became much more meaningful to Beckley and many others when he dedicated it to fellow offshore racer and Sarasota resident Joey Gratton, who died at the 2011 Key West World Championships.

“Following the 2011 races in Key West—pretty much the worst week of everyone’s life—we had Joey’s funeral and after that people just didn’t want to do anything,” said Beckley, who met Joey and his wife, Priscilla, when he moved from Key West to Sarasota nearly two decades ago and has been friends with the family ever since. “With the [2012] run coming up, I asked Priscilla and the boys [twins Blake and Brock]if we could do our New Year’s Day run in memory of Joey. So we changed the name and raised some money for the Joey Gratton Foundation.” 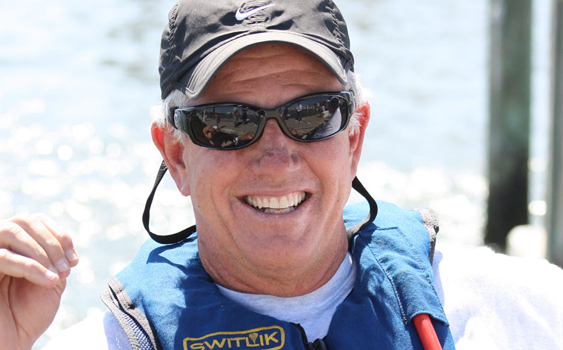 Many of the participants even got together the night before at the Twisted Metal Motorsports compound owned by offshore racer Billy Glueck for a toga-themed New Year’s Eve party hosted by Glueck, David Peterson, Mike Gagle and Brett Furshman with extra support from colorful offshore racers David Branch and Ron Roman.

“Joey was always a great person to be around and it was rare to see him without a smile on his face or a good word to say about the day ahead,” said Glueck, who does the run every year but admitted it is more meaningful now. “He was a great role model for anyone lucky enough to know him well and I certainly learned more than a few things from him that I am thankful for. Joey will be greatly missed by all of us—I think of him every time Brett and I are approaching turn one, hoping he’s there watching out for us.” 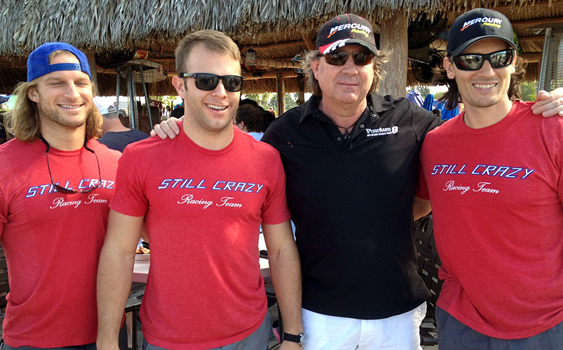 The Gratton family attended the event again this year and was flattered by the outpouring of support from the boating community. Offshore racers such as Jim Arvis, Ray Delaney, Kurt Jagel, Dan Lawrence, Travis Lofland, Lisa Matthews, Jay Muller (fractured femur and all), Steve Page, Kevin Smith and more joined in the fun alongside pleasure boaters from up and down both coasts of Florida and from faraway places such as Louisiana, New Jersey, Washington and other countries. 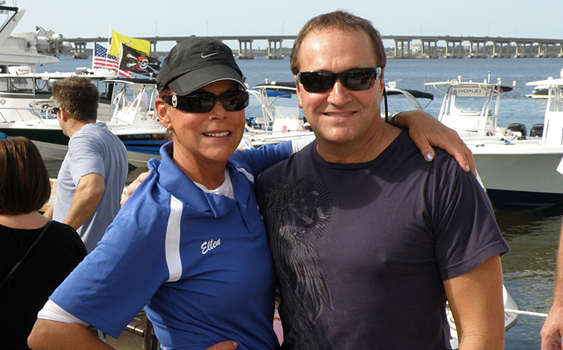 “The first year Ryan did the run to honor our dad was ridiculously hard for the family,” said Blake Gratton, who called Beckley “the man” and applauded the owner of Kinetic Animation for putting together such a great event. “This year was hard, too, because this is something our dad loved so much. Unfortunately we have to get together for this reason, but it’s a great way to remember him. Overall, it’s such an amazing feeling to see the support for us and for him.”

Beckley said the money from the T-shirts he printed for the run was donated to the Joey Gratton Foundation, as was  percent of the sales from Tarpon Pointe Grill. The group also took time to honor Bob Morgan and Jeff Tillman, who died racing in Key West two days before Joey Gratton, as well as Team Typhoon team manager Jimmy “Trophy Bitch” Welsh, who died on Dec. 23, 2012. 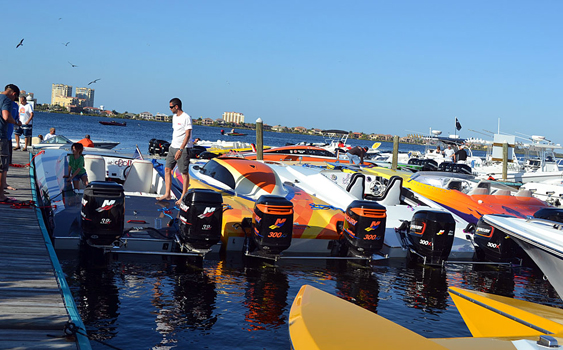 Shaun Torrente, the champion tunnel boat racer who currently drives for the Qatar Team in the F1 H2O series, brought his 28-foot Skater to the event with his wife, Flavia, and daughter, Isabella. Torrente, who has done the run a few times, said the event is a favorite because he loves how many outboard catamarans show up each year. (Photo by Flavia Torrente.)

“We kind of outgrew our previous destination, but luckily we found a great new place, Tarpon Pointe,” said Beckley, who did the run with Kyler Talbot in his Talbot Excavating Superboat Stock race boat that Gratton throttled to a 2010 Key West World Championship. “We had a great time this year. There is nothing commercial or corporate about this event—it is all about this community and our boating family. My goal is to keep supporting the Grattons and not let people forget what a great person Joey was.”