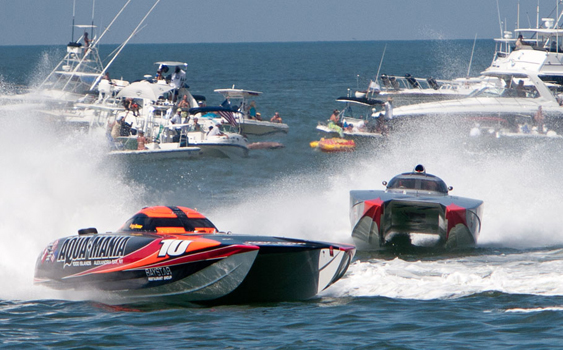 I don’t think I’ll be able to attend too many offshore races this year, but one thing’s for sure, I know I’ll be covering quite a few of them in this column and for Speedonthewater.com. And, starting with the Super Boat International (SBI) Smokin’ the Sound Super Boat Grand Prix in Biloxi, Miss., at the end of April, I am really looking forward to the upcoming season—I can’t say that every year.

Between new events, new boats and new faces, this could be one of the most exciting racing seasons we’ve had in many years. I don’t know about you, but I can’t wait to see how Miss GEICO fares with the first production set of Mercury Racing 1650 engines and all the changes the team has made to the boat. Let’s not forget that the Qatar Team will be debuting its turbine-powered 50-foot Mystic Powerboats catamaran this season and potentially setting some speed records. 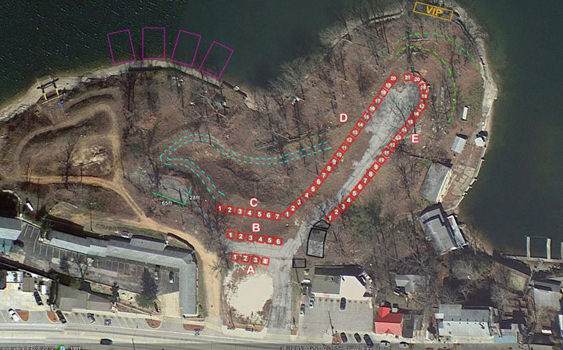 For Lake Race 2013 at Lake of the Ozarks, the Iguana Watersports Race Village near Bagnell Dam on the Lake Ozark Strip will host the teams and spectators.

The team also purchased the former Reliable Carriers boat and will be repowering it with twin 750-hp Scorpion Racing engines to compete in the growing SBI Superboat class. Talk about bringing some excitement to the sport—it’s awesome to see someone like Sheikh Hassan bin Jabor Al-Thani so enthusiastic about boat racing. 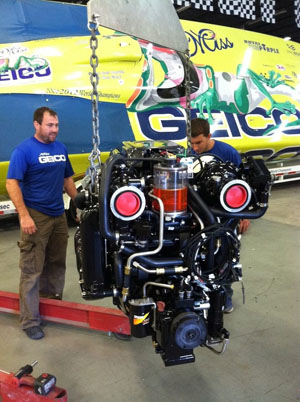 The Miss GEICO team is in the midst of prepping its boat with new 1,650-hp engines from Mercury Racing. (Photo courtesy Miss GEICO Racing.)

Surely the Qatar boats and the Miss GEICO cat will be crowd favorites at each stop of the SBI circuit, which wraps up with the Key West World Championship (Nov. 3-10). Don’t worry if you can’t make it to one of the nine races to see the boats in person, you’ll be able to watch all of the racing action live online through Livestream.com.

Then there’s the Offshore Powerboat Association (OPA) Racing Series that kicks off an eight-race schedule with the Lake Hopatcong Grand Prix in New Jersey (May 10-12). Along with three events in Michigan, one in New York, one in Maryland and the world championship in Jupiter, Fla., the circuit is returning to Atlantic City in June. That’s pretty exciting, especially because race chairman Dave Patnaude, who is also president of the New Jersey Performance Powerboat Club, said the race will feature a more spectator-friendly course and be part of a larger “Festival of Speed” week that includes the NJPPC Atlantic City Poker Run.

Finally, there’s a lot of excitement surrounding the Lake Race 2013, which is taking place for the first time this year (June 6-9) on Missouri’s Lake of the Ozarks. The race is expected to draw a variety of boats with sizable prize purses, including the $40,000 package that should entice high-profile teams for the event’s run-what-you-brung class—Performance Xtreme, a canopy class with unlimited power.

What’s crazy about all of the racing hype in this story is that I didn’t even touch on the F1 boats, Powerboat P1 races, H1 Unlimited excitement or any of the other boat racing classes. I guess I just figured out what to write for next week’s column.