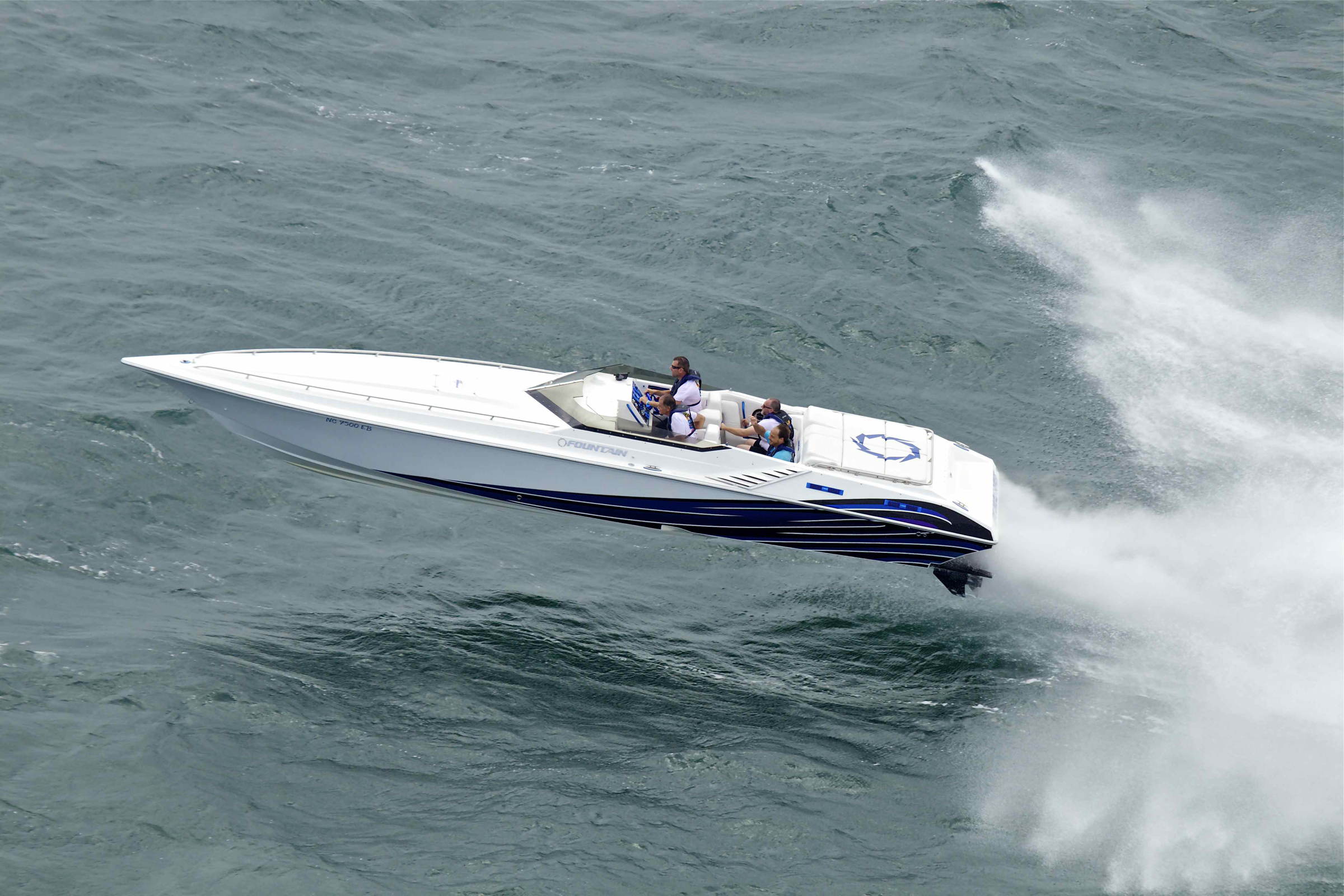 More than 20 boats took to the rough-water of Lake Erie for the Erie Poker Run last weekend. (Photo by Tim Sharkey.)

All apologizes for the “Ron Burgundy: Anchorman” movie line reference in this column’s headline, but for good reason—planning upcoming coverage—I can’t get it out of my head. Frankly, thinking about photography and reporting assignments for June alone makes me dizzy and gives me a headache. Because I know, like the news anchor “gang fight” scene in that silly movie, it’s going to escalate quickly.

Consider this: Last weekend, there were worthwhile events in Pennsylvania, Wisconsin and Florida. If you wanted to hit the water with friends in organized group fashion, you could do it on Lakes Erie and Winnebago, as well as the St. Johns River via the Erie Poker Run, the Four Horsemen Poker Run and the Jacksonville River Rally Fun Run. Each event offered two days of good-time go-fast boating hijinks.

Three options not enough for you? Next weekend you can hit the Cigarette Owners Rendezvous hosted by Performance Boat Center in Missouri, the Atlantic City Powerboat Rally and Festival of Speed in New Jersey, the Hartwell Lake Poker Run in South Carolina and the Lake Cumberland Thunder Run in Kentucky. For those not counting, that means four events—at least that I’m aware of. (I’m sure I’ve missed something—my speedonthewater.com co-editor/publisher Jason Johnson and I try to keep up with all the new stuff but now and then something slips through.) 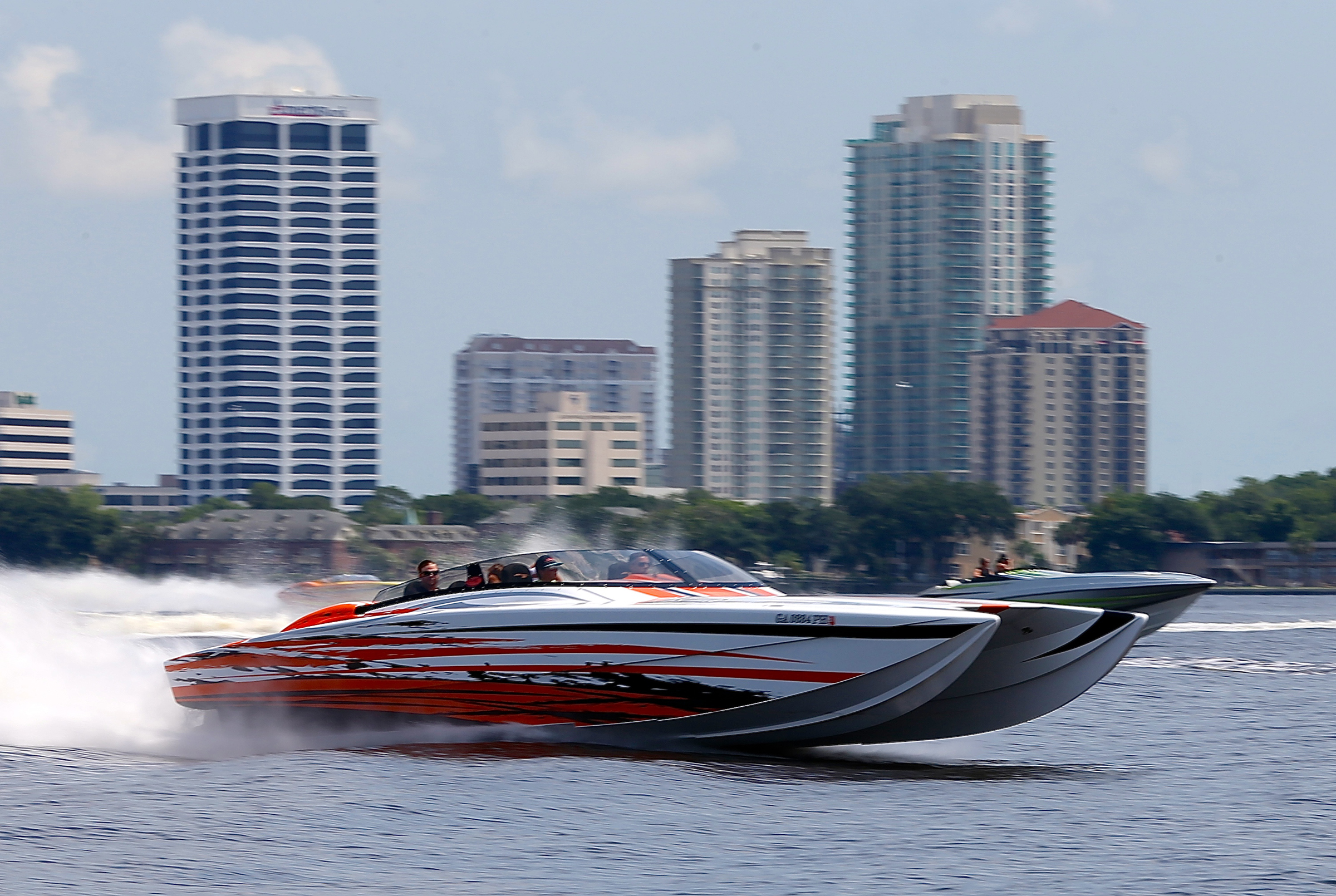 Meanwhile, some 900 miles south of Lake Erie a healthy contingent of go-fast powerboat enthusiasts took to the water on the St. Johns River in Florida during the Jacksonville River Rally Fun Run. (Photo by Pete Boden.)

So, where are you headed next weekend? You definitely have choices. Or are you just sticking to your home water with friends and fellow local go-fast boat owners? While I’m all for road trips, sometimes staying put and enjoying the familiar is the best call. Depends on mood, schedule and budget, right?

My call is to head to the Lake of Ozarks in Central Missouri for the Cigarette Rendezvous. Photographer Pete Boden will join me there to cover the event, and I’m looking forward to it. True, it’s an event celebrating one brand, albeit a venerable one. But it’s happening on a waterway that’s a hub for performance-boat owners throughout the Midwest and being hosted by Performance Boat Center, which has set a new standard for what a high-performance powerboat dealership can be. Performance Boat Center owners Brett Manire and Mark Waddington and their dedicated team hosted the event last year to rave reviews. (Trust me, if Cigarette Racing Team principal Skip Braver wasn’t pleased with the results, the event would not be returning.)

Despite having done it a bunch of times, I’m not sure which takes longer—flying from San Francisco to Kansas City or renting a car at the airport and then driving to the lake. I only know that it’s a long travel day—12 hours from the time I wake up to the time I arrive at the lake—but always worth every minute of it.

And like many, many more of you, I’ll be back in the “Show Me” state in late August for the Lake of the Ozarks Shootout. Distant as it seems now, in an eye-blink I know I’ll find myself there next to Jason and Boden in the media room—our Saturday and Sunday office and meeting location—at Captain Ron’s, the host venue for the event.