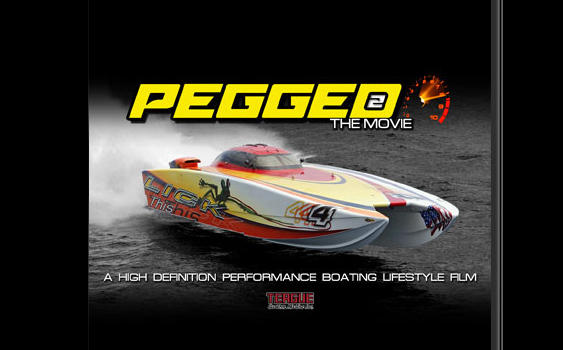 The new “Pegged 2 The Movie” DVD is being billed as an adrenaline-charged documentary.

From camera technology and social media to the economy and the advancements made in performance boats, a lot has changed in the near decade that has passed since Chris Cooley produced “Pegged,” a full-length DVD documentary focusing on the boating lifestyle primarily around the Colorado River. That’s why there’s so much buzz surrounding “Pegged 2 The Movie”, which Cooley expects to be available in early February.

“I literally did the first movie for fun,” said Cooley, who sold his 30-foot Spectre in 2004 and replaced it with a video camera that summer. “I noticed that our sport or our hobby didn’t really have any cool videos like other action sports had. The idea came to mind when I was on hotboat.com back in the day, and people were starting to geek out over a little handycam video of a boat running.” 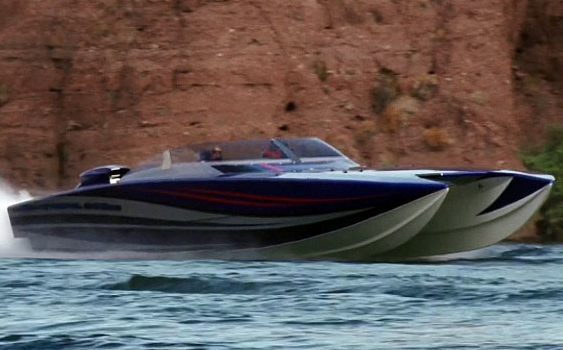 In “Pegged 2 The Movie,” there is no shortage of outrageous offshore catamarans parading around Lake Havasu.

“Obviously there’s been a ton of changes in eight years,” Cooley continued. “The people are different, the boats are different and the technology is different. With the advent of GoPro and other equipment, the amount of quality footage we’ve been able to get this time around is incredible. It’s kind of funny because I had zero aspiration to do another one after I finished the first because it was a lot of expense and a lot of work. And now I’m almost finished with the second one—the editing has taken way longer than I expected. I guess I forgot what I got myself into the last time.”

Cooley, who owns CCR Sport, which manufacturers motorcycle transport parts and truck accessories in Costa Mesa, Calif., and raced motocross for 15 years, explained that he intended to have more footage of performance boats in the first one, but that proved difficult to get and he ended up with way more lifestyle and partying shots. 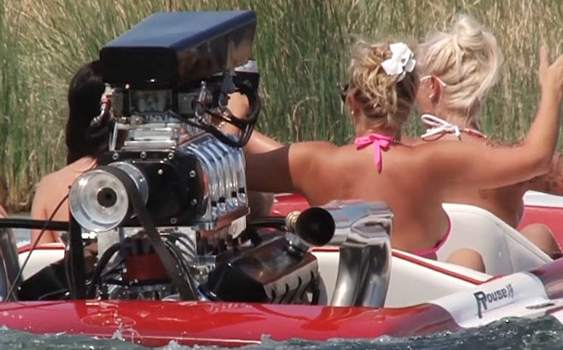 You can bet that the new movie will have plenty of eye candy throughout.

“It turns out the lifestyle footage from ‘Pegged’ was what everyone loved about it,” Cooley said. “For ‘Pegged 2’ I’m focusing more on the boats and their killer-sounding motors. In the last one, I wasn’t able to capture a lot of the noise. I want to do that this time around. Of course, there will be an awesome soundtrack as we feature the good times that make performance boating a way of life.”

“We knew the original ‘Pegged’ had sort of a cult following,” said Cherilyn Teague of Teague Custom Marine, which is a title sponsor of the new movie. “So when Chris approached us about getting involved as a sponsor and providing some footage for the second one, we decided to do it. I’ve only seen the trailer, but I know the movie will provide an upbeat, positive look on this industry and this lifestyle. Plus it really speaks to our customers and shows that Teague Custom Marine continues to support and be a part of the pleasure-boat community.” 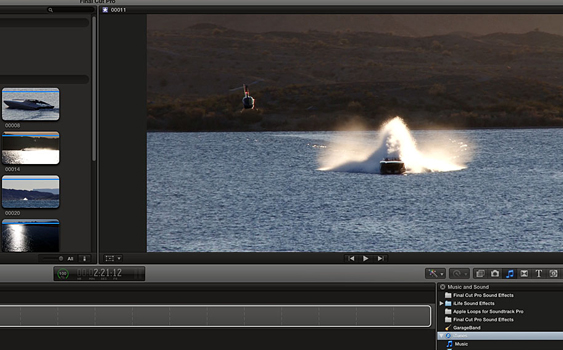 In the final stages of editing, “Pegged 2 The Movie” should be available in early February.

Although Cooley said he already has people asking him when he’s going to do a third one, he’s not looking beyond No. 2. In fact, he can’t wait for the feedback to start rolling in once the DVD ships. You can watch the trailer and order “Pegged 2 The Movie” at www.peggedfilms.com.

“Honestly, I just want people to know that I’m a boater like them who loves this crap,” Cooley said. “This whole thing has been an adventure. It’s been a lot of fun.”