You are at:Home»Can't Wait»More Boat Racing Action Around the Corner 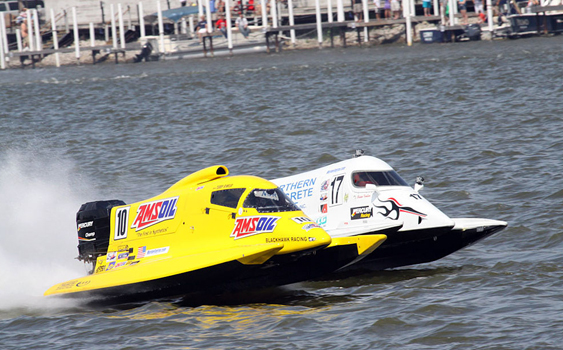 In last week’s column (“Anticipating One Hot Offshore Racing Season”), I highlighted a variety of reasons why the upcoming offshore racing season could turn out to be one of the best in a long time. The same could be said for many of the other boat racing classes, including the fastest boats on water—the Unlimited hydroplanes that race under the H1 Unlimited organization.

With seven races on the U.S. leg of the H1 Unlimited tour—teams began the season in Doha, Qatar, at the Oryx Cup World Championships in February—the series is returning to racing action on Folsom Lake in Sacramento for the first time in 46 years. As part of the Big Wake Weekend at the end of May, the H1 race teams will join other American Power Boat Association (APBA) teams racing in the super stock, cracker boxes, stock hydros and SST-45 classes to entertain the crowd.

After H1’s Sacramento race, the teams will travel to four established events in Madison, Indiana, Detroit, Tri-Cities, Washington, and Seattle. Then it’s back out West for another new race venue in Coeur d’Alene, Idaho, followed by the national championship on San Diego’s Mission Bay in September. There’s no doubt the teams have a busy schedule starting next month, but that’s a good sign for the sport. 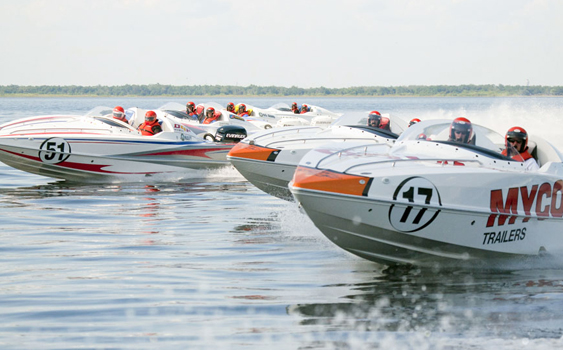 In the tunnel boats classification, the F1 PROP Tour seems to be gaining a little momentum, especially in its premier Formula One class. With six F1 races on the schedule, including the longstanding Bay City River Roar in Michigan in June and the always fun Seattle Seafair in early August, the teams are planning to put on a great show at a few new venues, one of which includes the inaugural Lucas Oil Speedway Formula 1 race in May in Wheatland, Missouri. The tour also will make stops for the first time in LaPorte, Ind., and Valleyfield, Quebec, in Canada.

Now in its third season, the P1 SuperStock USA Championship is switching things up a little this season. For the first time, SuperStock USA teams will participate in a regional format with all five race weekends held in the state of Florida with stops in Stuart, Daytona Beach, Pahokee, Cocoa Beach and Marathon.

Designed to be affordable, equitable and exciting for racers and fans alike, the SuperStock USA season kicks off April 19-21 in Stuart for the Sailfish Regatta, an event sanctioned by the APBA that will include both the P1 series as well as the Grand Prix Hydroplane series, which features some of the fastest inboard hydroplanes in the world. 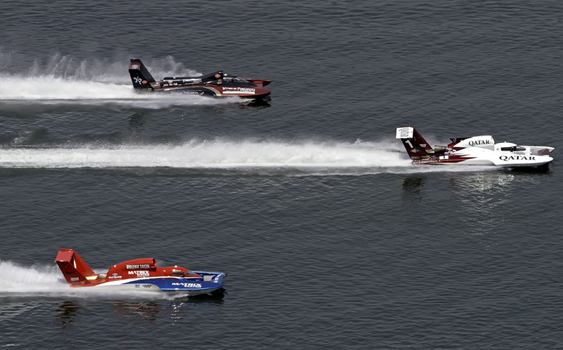 Organizers behind the H1 Unlimited Hydroplane Series are expecting a competitive season, which kicks off next month in California. (Photo courtesy H1 Unlimited.)

The next stop is Daytona Beach in mid-May, and alongside the P1 boats, the event will premier the first AquaX race in the States. AquaX is an offshore personal watercraft race series with three classes based on stock horsepower of 200, 250 and 300. The final stop in September will be in Marathon where a P1 national champion will be crowned. Traditionally a powerboat racing venue, Marathon has not hosted a race since 2009.

From drag boats and stock outboards to superlight tunnels and junior classes, there’s even more racing to get excited about—especially when it comes to regional action. Be sure to check out the upcoming race schedule on the APBA website.