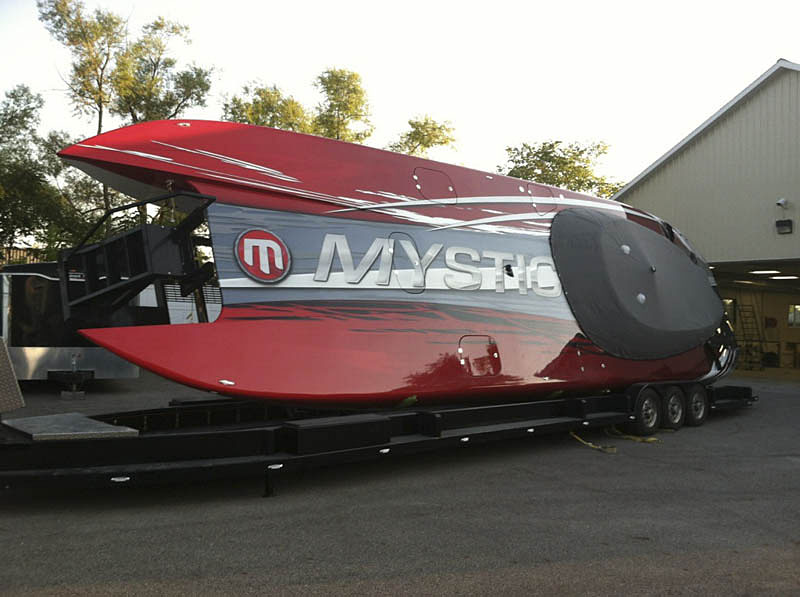 Tennessee performance boater Chad Collier is planning to show off the 50-foot Mystic he purchased in February and has been modifying to make his own. (Photo courtesy of Chad Collier.)

You may be well aware that the month of June is a busy one for performance boat events. From the first weekend’s Jacksonville River Rally Poker Run in Florida and the inaugural Erie Poker Run in Pennsylvania to the following weekend’s Alexandria Bay Hall of Fame Poker Run in New York hosted by Poker Runs America and The Chase Charity Powerboat Event in Muskegon, Mich., June is one of the busiest months of the year.

But it’s the third weekend—Father’s Day weekend—that is by far the busiest. In fact, I can’t recall seeing so many powerboat-dedicated events across the country in one weekend. Before the news was released last week about the exclusive Cigarette Racing Team Owners’ Rendezvous hosted by Performance Boat Center on Missouri’s Lake of the Ozarks, I was aware of four major ones—the Atlantic City Powerboat Rally in New Jersey, the Hartwell Lake Poker Run in South Carolina, the Lake Cumberland Thunder Run in Kentucky and the Texas Outlaw Challenge in Texas—and there are probably more I don’t know about. 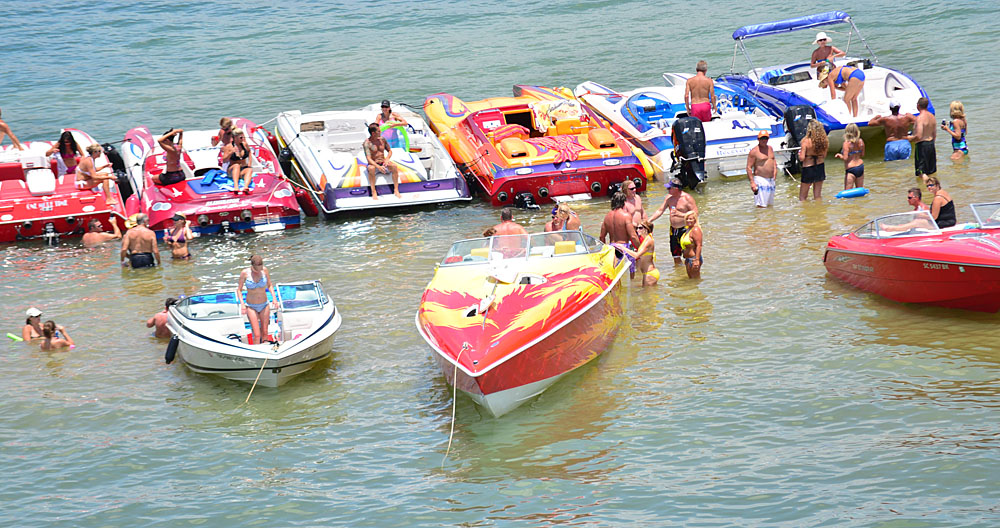 The sixth annual Hartwell Lake Poker Run in South Carolina is the local Meals on Wheels largest fundraiser of the year. (Photo courtesy of April Cameron.)

“I’ve been going to the Thunder Run for several years in a row and, along with the fact that my good friend Kenny Armstrong personally invited me, I really just wanted to do something different this year,” said Chad Collier, who lives in Tennessee and is bringing his re-rigged and re-painted 50-foot Mystic Powerboats catamaran that he bought earlier this year to the Texas Outlaw Challenge. “I’ve always heard good things about the event and since I like trying new runs and I have the new boat, I figured this was a good year to do it.”

An event-filled weekend like this can make a boater’s decision tough, but the good news is that each event is worth attending for its own reasons.

Of course there’s the 200-plus-boat “Big Daddy” run thanks to the welcoming Texans in and around Houston that Collier is attending. From the three-night street festival at the Kemah Boardwalk and the GPS Outlaw Shootout to the first stop at Armstrong’s house and the mouth-watering Texas barbecue, there are plenty of reasons why so many flock to the Texas Outlaw Challenge, which started in 2008.

As one of the event organizers behind the seventh annual Lake Cumberland Thunder Run told me for a speedonthewater.com preview story last week, he understands why a few of the event’s regular participants would opt to take their boats to the Texas Outlaw Challenge this year.

“Heck I want to go to Texas so I know why they’re passing on the Thunder Run,” said Justin Lucas, who owns Go Fast Threads and expects upwards of 100 boats at the Lake Cumberland Powerboat Club event. “We have plenty of first-time participants registered to make up for it. Plus I know some guys who decided they wanted to come to Cumberland this year instead of Texas. There are a lot of good events the same weekend, but what can you do? I guess it’s better than no events at all.” 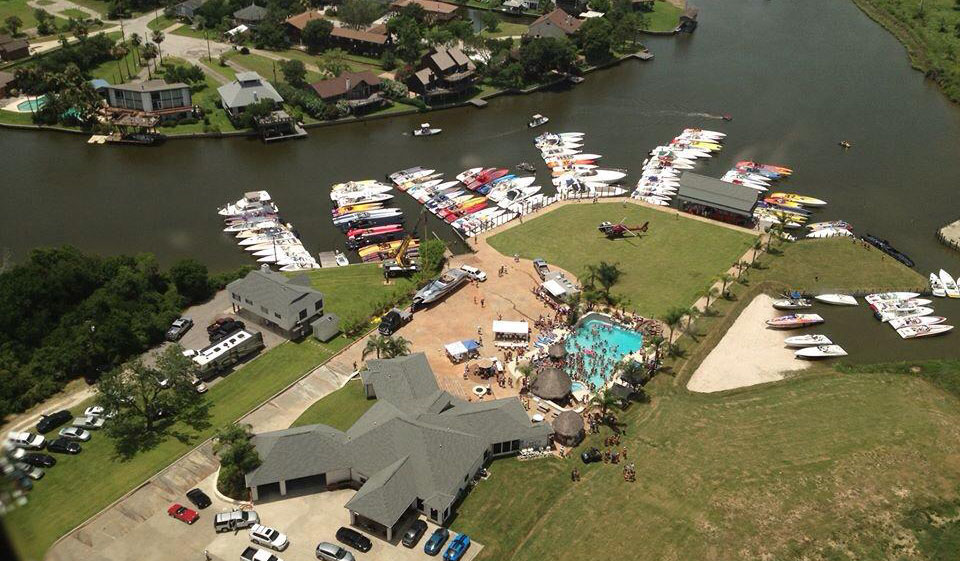 Once again Kenny Armstrong is hosting a pool party that serves as the first stop of the Texas Outlaw Challenge poker run. (Photo courtesy of Jeff Johnston.)

Formerly known as the Atlantic City Poker Run, the Atlantic City Powerboat Rally organized and produced by the New Jersey Performance Powerboat Club is celebrating its 18th anniversary this year. The run, which is limited to 50 participants, is part of the third annual Atlantic City Festival of Speed that includes the rally, a day of powerboat rides for members of the Wounded Warrior Project, an exotic car show, an Offshore Powerboat Association-sanctioned race and multiple social activities throughout the weekend.

Further south, the sixth annual Hartwell Lake Poker Run in Anderson, S.C., is expecting more than 150 boats for the run that benefits Meals on Wheels. Along with Saturday’s poker run from Portman Marina that visits five scenic locations on the lake and concludes with a party featuring food, drinks and music, the event includes a fun run on Friday that is sponsored by Clemson Marina. A street party with a local favorite—The Eric Scott Band—is held Friday night and is open to the public.

Mix in the Cigarette Rendezvous—although it’s only open to owners of the iconic brand and is limited to 60 boats—and this Father’s Day weekend is sure to be one for the ages. So the question remains, which event would you rather take your father to?