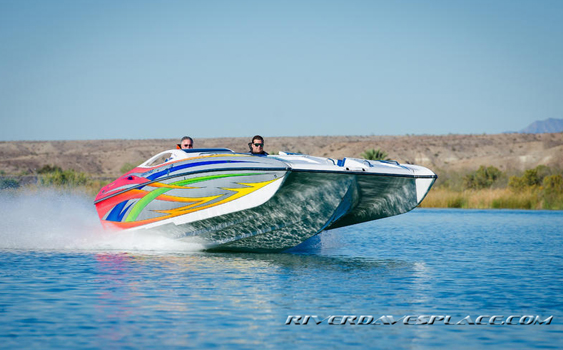 Going live this week, the first round of River Dave’s Place boat tests will be readable online and downloadable as PDFs.

The most popular online destination for performance-boat owners west of the mighty Mississippi, River Dave’s Place will release its first round of boat tests this week, according to Dave Johnson, the founder and owner of the website. While Johnson was—by design from the start—not involved hands-on in the testing, Aaron Fluent of Absolute Speed and Marine in Lake Havasu City, Ariz., and Chris Hamlin of Prestige Marine, also in Lake Havasu City, handled all the dry land inspections for the 14 West Coast custom powerboats the RDP team tested. Both are well-known and respected figures in the Lake Havasu area.

Veteran high-performance marine writer Bob Brown served as the team’s lead test driver and authored all of the evaluations. Photographer Dusty Woodell captured all the images.

“There was a void in the industry for this, and there was definitely a demand from the manufacturers,” said Johnson. “They have been clamoring for boat tests for the past two years because no one has been doing them. All the tests that have been done before were exercises in advertising, not real tests. They were all fluff.

“I started River Dave’s Place as a hobby site—I never intended to do it for a living,” he continued. “We created the largest social website for West Coast performance boat owners. While the articles on our site are good, they have been somewhat inconsistent in their frequency. What we’re trying to do now is become recognized as a media outlet, and these tests will help us get there.” 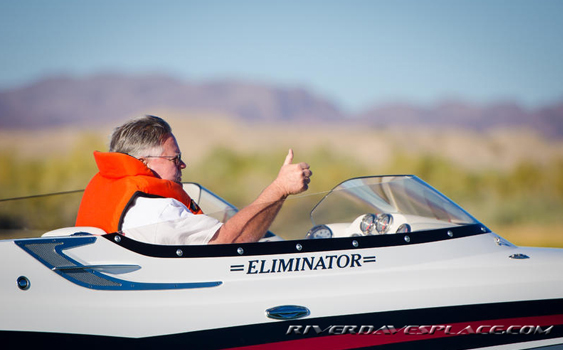 A veteran marine industry writer, Bob Brown is handling the program’s test driving duties as well as writing the evaluations.

Quick to point out that one of his primary goals in establishing a boat-testing program is driving advertising revenue to his site, Johnson said his approach is sharply different from those programs fielded by media outlets—meaning print magazines—in the past.

“First, we have a testing team that is independent of River Dave’s Place and its advertising dollars,” he said. “Second, we offer the manufacturers the option of paying the test team directly so they can own the review and decide if they want it published. If I pay for the review, I am publishing it no matter what. Of the 14 boats we tested, I paid for all of them.”

Johnson’s team started testing this fall in the deckboat category with offerings from the likes of American Offshore, Hallett, Howard, Nordic and Ultra. For their next round of testing this summer, they’ll test V-bottom sportboats. In addition to rating the boats in various categories with a 200-point system—1 to 10 points in critical categories such construction and 1 to 5 points in “softer” areas—Johnson has created a “bang for the buck” value scale to balance price differences between brands. (Each review’s “Scorecard” sidebar will include the numbers and comments for each category.)

“Let’s say you have a Howard that costs $160,000 and gets 200 points, which by the way is never going to happen with any boat, not even a Howard,” Johnson explained. “You take the total number of points and divide it into the price, which means it is going to be $800 per point. Now, let’s say there is an American Offshore that gets 100 points but costs $80,000. It’s also going to be $800 per point.

“The caveat in all of this—and I want to be really clear about it—is this is our first time doing this so there is some subjectivity in the rankings,” he continued. “As soon as we get to the V-bottoms we will be adding criteria to make the rating system more scientific.” 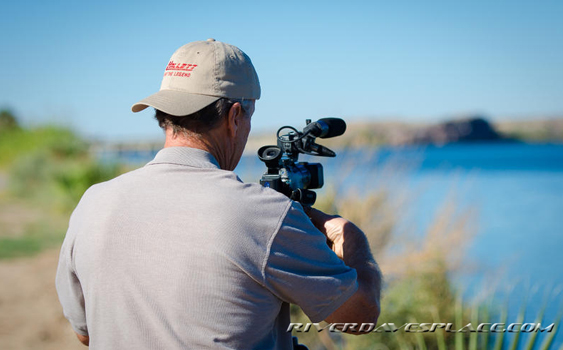 A photographer from Hallett captured original images for the RPD tests.

Starting this week, the River Dave’s boat tests will begin going live on the site. Johnson said he plans to publish two to four per month for the next four months. What’s more, Nordic, Hallett and Howard have already ordered mounted printouts of their reviews for display in their exhibits at the upcoming Los Angeles Boat Show.

“Each display will also have an easel with a sign that reads ‘Tested By River Dave’s Place,’” said Johnson. “When I first announced we were doing it, nobody was testing boats. Now another magazine is. But we are taking as close to a Consumer Reports approach as possible. You will never read ‘best’ in these articles because that’s impossible to prove and there is nowhere to go from there. What we are shooting for in the first series is more of what it’s like to drive and ride in one of these boats. And the online versions will have video to actually show how the boats handled and ran.”