You are at:Home»Can't Wait»What’s Hot For September: Four To The Floor 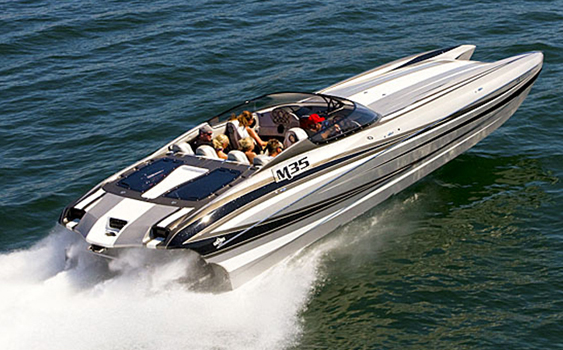 Some of the finest hardware ever created by Dave’s Custom Boats will be on hand for the company’s annual regatta on Lake Havasu.

Aside from kids heading back to school, there’s not much about September that signals summer’s end after Labor Day. Florida, like much of the Midwest and Northeast, is still plenty warm. On the West Coast, September and October tend to be the best weather months of all. But every year come September, most folks in the go-fast boating world tend to see the season as “over,” at least until its last hurrah every November in Key West, site of Super Boat International’s annual Offshore World Championships.

Still, several events happening this month are worth checking out—and here are four that won’t disappoint. As it happens, three are on the same weekend, but because they’re also on both sides of the country, they don’t compete with one another. The fourth actually is an early October event, so early in fact that it warranted inclusion in this list.

OK, yes, I’ll admit that it does help to own catamaran or V-bottom from Dave’s Custom Boats—or at least have a friend who does—to fully appreciate and enjoy this event. But whether you participate or happen to be on Lake Havasu in a ride that isn’t a DCB, the concentration of fine hardware from the El Cajon, Calif., builder that shows up for this late-September gathering is spectacular. The beach at the Nautical Inn, event headquarters, is even better that DCB’s showroom. This year’s theme, which was just announced yesterday? “Black-and-White Casual” dress. I’m not sure what that means or will translate to, but like the boats themselves it should be worth seeing. 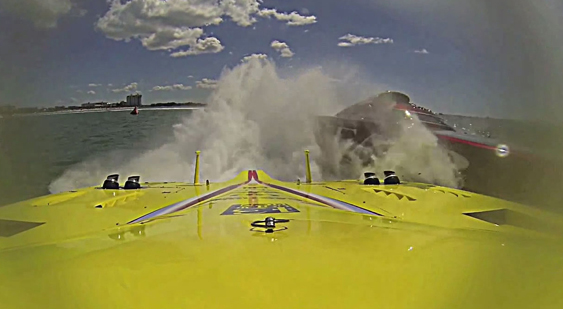 From the beach or one of the many hotel balconies, SBI’s annual regular season-ending event is among the best for viewing offshore racing action. The entire two-turn, long-straightway near-shore course is easy to see from just about anywhere—including the spectator fleet if you’re lucky enough to be there—and there are plenty of fine eating and drinking establishments in Clearwater Beach to keep you entertained when the boats aren’t running. If you’re staying on the shore, the dry pits are a bit beyond walking distance, but there’s a free trolley that will (eventually) get you there. Hot tip: Avoid a trip to the dry pits like the plague on Sunday, because the fan traffic coming in from Tampa and St. Petersburg is ugly. 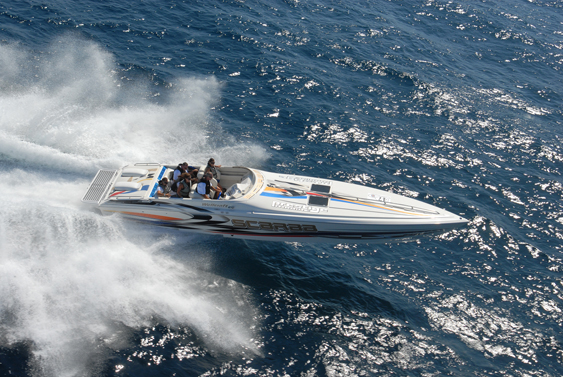 S.C.O.P.E. members will take the to the waters off San Diego for their annual poker run this year. (Photo by Bob Brown.)

For the first time, the Southern California Offshore Performance Elite—yeah, that’s a mouthful—go-fast boat organization won’t be hitting Catalina or Newport Beach during its annual poker run. This time around, most members of the group will trailer their boats to San Diego for the event, which has a happening-but-manageable downtown area full of restaurants and bars called the Gas Lamp District. Proceeds of the event, which is sponsored by IMCO Marine,  Nordic Boats and Pffaf Engines/Baca Marine, will go to Operation Gratitude, which sends care packages to United States military personality stationed abroad. Those members who don’t feel like running the offshore course will have the option of running the “short inland course.” The Kona Kai host hotel reportedly is filling fast, but the organization has secured another hotel that can be accessed through its website. 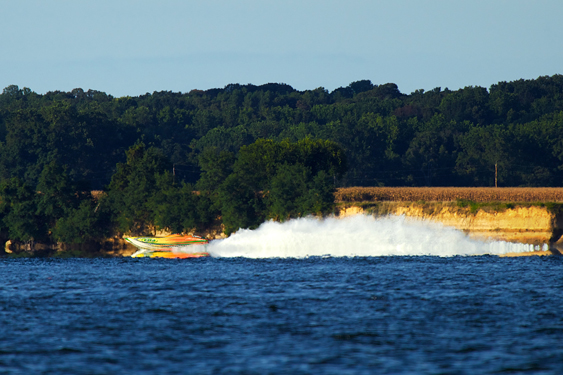 Solomons is among the most idyllic venues on the OPA circuit—and this year it will host the organization’s national and world championship events. (Photo by Tim Sharkey/Sharkey Images)

Yes, I know this round-up is primarily focused on September happenings, but the OPA National and World Championships are “cusp” events on the same weekend and I didn’t want them to get left out because in just two days of racing they wrap up the 2014 OPA season. Offshore racing announcer/commentator Mike Yowaiski is the driving force behind the event, and by most accounts the venue itself is one of the OPA’s most scenic. Having the national and world offshore racing championships is an intriguing concept. On one hand, it makes keeping equipment in one piece a little more challenging. On the other, it saves the racers the expense of travel to another venue. But given the dual-title nature of the event and what’s at stake, you can reasonably expect the boat count to be high.