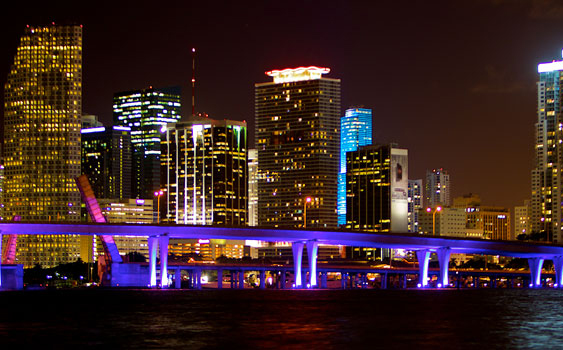 For the past three or four years, I have attacked the Miami International Boat Show as a two-night, two-day assignment. That means getting in Wednesday afternoon and leaving Friday night. In all, it usually translates to less than 72 hours in a place that is 3,000 miles from my home in Northern California. If you combine the airport and flight time in both directions, it usually adds up to more than the amount of total time I spend sleeping while I’m in Miami for the show.

Why the big rush to get in and out of what is—no doubt about it—a really fun town hosting a great event? Well, despite what I’ve done  to keep it secret during the past 10 or 12 years I’ve attended the event: for me it’s work. I have to come back with something other than a headache and bunch of receipts from the Clevelander and the Delano Hotel. And now, thanks to my online work with this site and others, I have to produce daily stories—lots of them—while I’m there. It’s enough to drive a guy to drink, and there’s no shortage of options for that in Miami, particularly in the South Beach area. 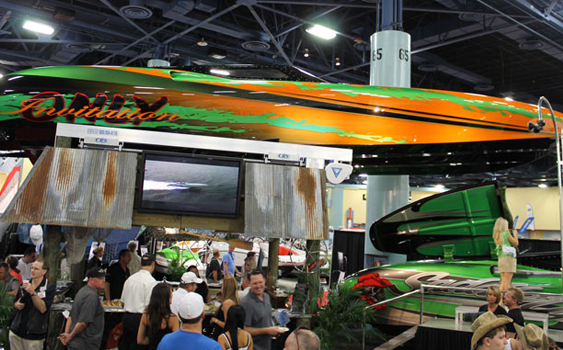 The conventional center houses the world’s finest collection of go-fast boat hardware under one roof.

So what would—and should—you do to make the most out of your visit to the Miami show this year in a limited amount of time (though likely not as limited as mine)? As far as what you need to see at the show itself, take a look at Countdown to Miami: The Complete Series from speedonthewater.com. This is a pretty good roundup, and it’s still growing so check back before you leave for the show, of the coolest new and already existing go-fast boat models you’ll find at the event this year.

What to do on Wednesday night? For my money, that’s the best night to hit the famed and “newly remodeled”—the place seems to be newly remodeled every year—Clevelander bar. It will be packed, for sure, but the Wednesday night crowd will seem thin compared to the evening crowds on Thursday, Friday and (gulp) Saturday.

“I think it’s a state requirement for people during the show to go to Ocean Drive,” says Terry Sobo, the sales and marketing of Nor-Tech, who has been to more Miami Boat Shows than he cares to count. “And the Clevelander is one of those spots where everyone has to go at least once.”

From there, if you’re in the mood for something different, you might want to check out Mangos Tropical Café. But be warned: Like so much in South Beach, all is not what it appears. 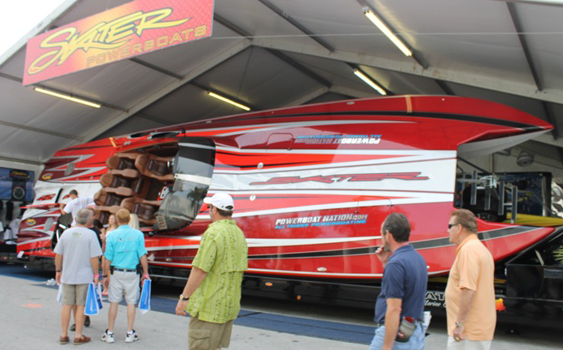 There are plenty of exhibits outside the convention center that need to be seen.

If you’re at the show and ready to go Thursday morning—and you should be—you need to put the following media/VIP-day events on your calendar: The Mercury Racing presentation at 10:15 a.m. and the Cigarette Racing Team presentation at 10:45 a.m. The two displays are pretty much in opposite corners of the Miami Convention Center, so you’ll need to hustle between them.

Once you’re done with those two events, you can stroll the show at your own pace and hit the displays that interest you, all the while considering the next crucial decision of the day: where to eat lunch.

A word on lunch in the convention center: Don’t, unless you absolutely have to because of some absurd time constraint. It’s not that the pricey concession food is particularly appalling, but Lincoln Road is about 10 minutes away by foot and it is lined with dozen’s of decent restaurants with indoor and outdoor—you did come to Miami to shake off winter despair, after all—seating.

My favorite Lincoln Road lunch spot? The Nexxt Café. Solid food served in generous portions at reasonable prices. It won’t blow you away in the way dinner at Joe’s Stone Crab will, but it also won’t require you to take out a second mortgage on your home.

After lunch, amble back to the convention center and catch the free—a word you won’t hear much in Miami—shuttle to the in-water display at Sea Isle Marina.

“I love going to [the]Marriott and Sea Isle Marina where you see all the boats in the water, and the crowd has such an international atmosphere,” says Marilyn DeMartini, a 15-year Miami show veteran who heads PR Power, the public and media relations outfit that handles Cigarette Racing Team and Latham Marine. “To me, the atmosphere there just says ‘boat show’ and it’s so festive. Plus, it’s great to be able to break out of the convention center and spend time outside near the water. I love being able to get on the shuttle and let somebody else worry about the driving, the traffic and the parking.” 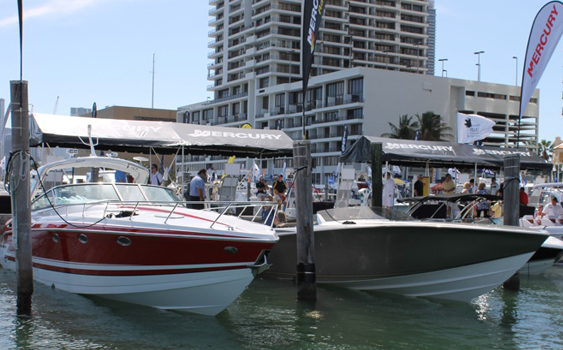 A trip to the in-water portion of the show at Sea Isle Marina is a must.

For dinner Thursday night, you can always head back to Ocean Drive where there are endless restaurants to choose from. But if you’re of a mind to have drinks before dinner—and South Beach is loaded with cabs and seriously short on parking so there’s no excuse to get behind the wheel—the Delano lobby and pool bars are spectacular. (Expect to pay top dollar for your libations.) And for an authentic Art Deco atmosphere, the Raleigh Hotel and its intimate Martini Bar is a must.

So what should you do on Friday? First, sleep in—the Reuben sandwich you ate at Jerry’s Deli at 5 a.m. still needs time to settle. Second, before you head back to the show take a walk on South Beach—not Ocean Drive, not on the sidewalk, but on the actual sandy stuff down by the water. It really is, as DeMartini reminds me and I agree, why people come to Miami.

For me, Friday is a day of hitting what I missed the day before and, of course, writing more news stories until it’s time to run to catch my flight home in the early evening. By midnight, thanks to the miracle of modern air travel, I will be home and feeling that, despite my early departure, I haven’t missed a thing.

I’ll wake up fully satisfied knowing that once again—in the shortest time humanly possible—I fully experienced the Miami International Boat Show. And I’ll be looking forward to it next year.