You are at:Home»Catamarans»Small Catamaran Push: Don’t Bet Against It 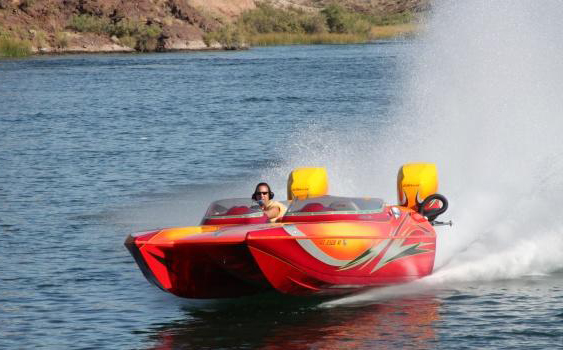 Last week, I wrote a story for speedonthewater.com called, “Smaller Models Driving Skater Production”. In that article, Douglas Marine Skater  founder Peter Hledin, a guy who throws on coveralls and works his company’s Douglas, Mich., plant every day said, “The smaller inboard [catamarans]seem to be making a comeback—we have three or four in production.”

Hledin went on to say that his 30- and 32-footer offerings were his hottest models at the moment.

That got me thinking: Are small high-performance catamarans in the 32-foot-and under range really making a comeback, or is that just a Skater thing?

Without question, San Diego-based John Caparell, the force of nature behind the 32-foot Doug Wright Poker Run Edition cat that made a big impression at major events this season including Desert Storm, the Lake of the Ozarks Shootout and the Texas Outlaw Challenge, is banking on it. And with the release of their 24 SX cat, the people at Nordic Boats are certainly betting on increased small custom catamaran demand. (The new Nordic was reviewed in the fall issue of Sportboat magazine.) 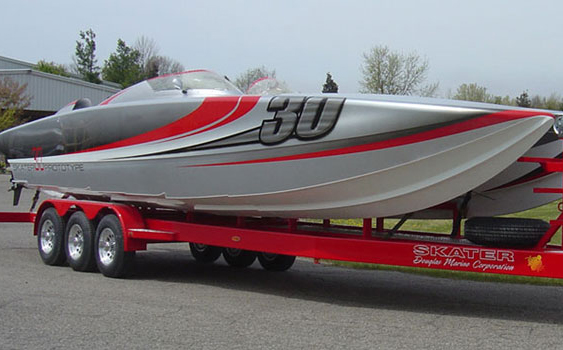 The Skater 30 cat currently is one of the company’s hottest sellers.

But does that mean small cats are—or will become—the “next big thing” in the go-fast boat world?

After talking to Hledin last week, I was curious enough to call Bob Leach, the owner of Eliminator Boats, in Mira Loma, Calif., and get his take. To say the past five years have been challenging for Leach’s company, which filed for Chapter 11 restructuring in late 2010 and went from 100 employees in its hey-day to 15 at present, is a serious understatement. In its best year, Eliminator reportedly built 200 custom cats and V-bottoms. This year, the company will build 30 units.

But Leach is optimistic, especially when it comes to the small catamaran side of his business. Out of the six orders he currently has for new models, three are for 22-foot Daytona cats, one with outboard power and two with inboard power.

“For this time of year, that’s pretty good,” said Leach. “We haven’t had six boats on order in one month for four or five years. Everyone probably would have said that the guys with the big bucks are still buying stuff, but we’re seeing more activity with the smaller boats, especially the cats. 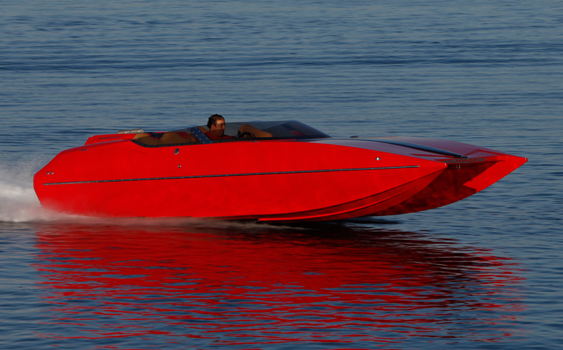 Leach said he believes a lot of potential new-boat buyers are waiting for the outcome of the presidential election, a notion Hledin also touched on in my interview with him last week. Both see the relative recent upswing in small-boat orders as a positive sign for the overall market.

“I think there’s a lot of pent up demand out there,” said Leach. “Once people begin to feel comfortable going forward with the economy, things could take off pretty well.”