You are at:Home»Commentary»So Far, So Good: 2020 On The Right Course

While sitting at the San Francisco Airport waiting for my red-eye flight into Miami Tuesday night with my speedonthewater.com partner Matt Trulio—sipping an olive-garnished deadline martini of course as you may or may not know the latest Speed On The Water digital magazine went live this week (download it here for free)—I started reflecting about things that have already happened in this new decade and it occurred to me that it’s only the second week of February, basically one day before the opening of the 2020 Miami International Boat Show, the event that generally kicked off the boating season for many of us. 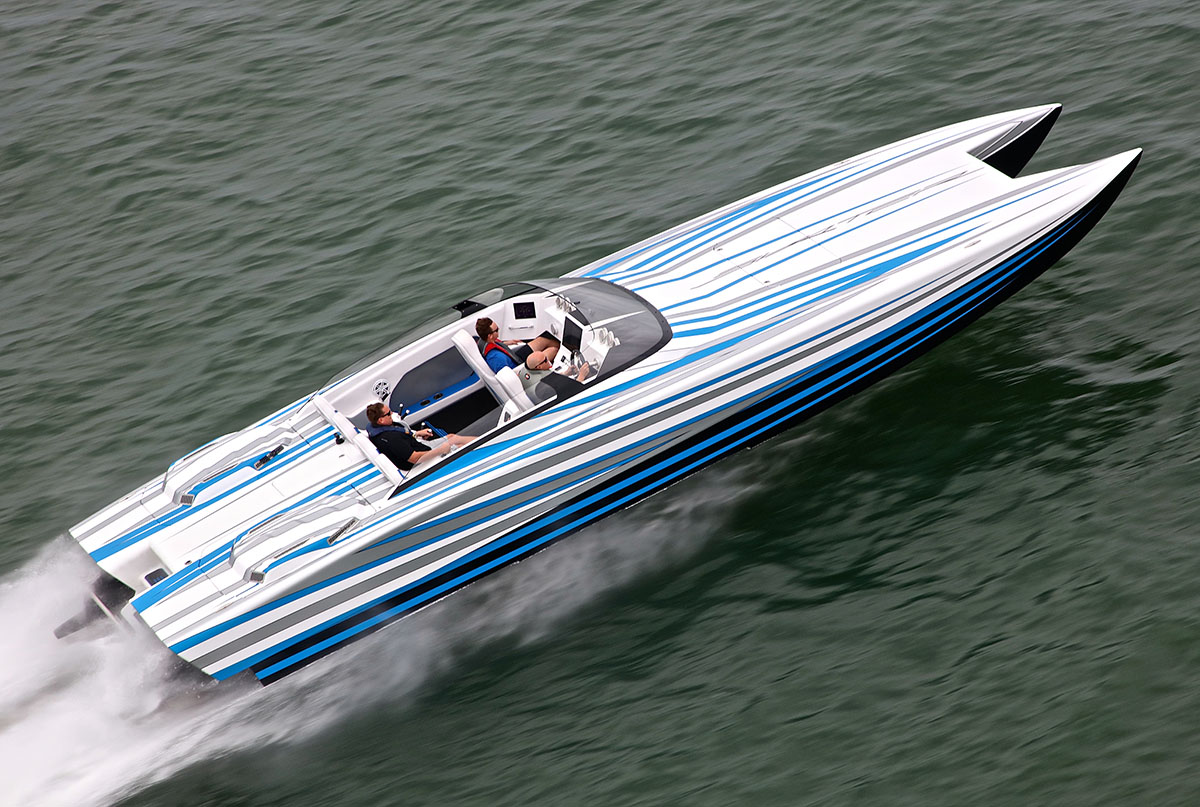 Many performance boaters such as father and son Bill and Jack Munyan, who own a Skater 368 catamaran, attended the Joey Gratton Memorial New Year’s Day Fun Run to show support for the late offshore racer. Photo by Pete Boden/Shoot 2 Thrill Pix

That’s hardly the case anymore. Now we’re talking about the West Coast of Florida festivities on each end of the New Year—a Fort Myers Offshore fun run and the ever-popular Joey Gratton Memorial New Year’s Day Fun Run—as well as the Florida Powerboat Club’s 2020 Winter Poker Run in late January and all of the well-attended boat shows across the country from Los Angeles, Detroit and St. Louis to Dallas, New York and Chicago.

With such positive feedback coming out of those events and shows this year, I’m already excited about how monumental—or rather insightful, get it?—2020 could end up being, especially when you consider what is on the horizon in terms of news from the Miami show and new builds coming from builders such as Cigarette, DCB, Outerlimits, Nordic, MTI, Fountain, Nor-Tech, Eliminator, Donzi, Adrenaline and so many other companies that we all have grown to know and love over the years.

Again, we’re talking about the first full year of the Mercury Racing 450R, which is taking the industry by storm at the moment in a several performance boat segments, not to mention all of the innovations in electronics, navigation, audio, lighting, creature comforts and beyond. 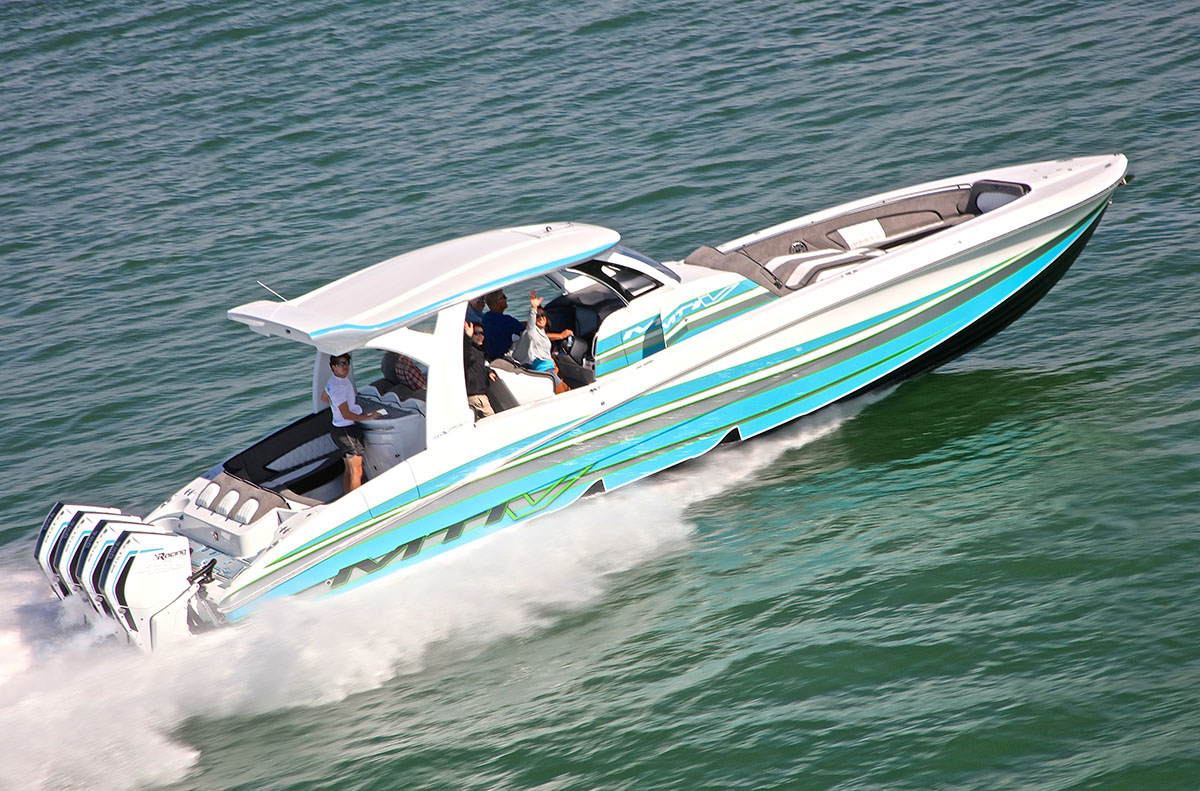 Pile on the buzz surrounding longstanding events such as the Desert Storm Poker Run in Arizona, the Tickfaw 200 Poker Run in Louisiana, the Texas Outlaw Challenge, the legendary Lake of the Ozarks Shootout in Missouri, the Boyne Thunder Poker Run in Michigan, the Jacksonville River Rally and Fun Run in Florida, the Lake Cumberland Thunder Run in Kentucky and so many others that are either brand-based, locally-based or charity-based and the combination appears to be on an unprecedented trajectory.

Take that concoction, add in some relatively new additions—let’s say the Chattanooga Poker Run in Tennessee, the Charleston Poker Run in South Carolina and the Texoma Throw Down in Oklahoma, and the calendar is jam-packed.

What’s crazy about all of this is that I’ve yet to mention the revitalized offshore racing circuits, which Trulio discussed in Tuesday’s column as having a lot of potential, as this story started with a focus on the pleasure side of boating only.

To be honest, I’m just super excited about what’s ahead, not just from a reporting standpoint for speedonthewater.com and offshoreonly.com, but for this entire community. This is getting personal I know, but sometimes that’s the point of this column. If it wasn’t for the people I communicate with on a daily basis who share more passion than me for this lifestyle, I’d likely be less enthusiastic. 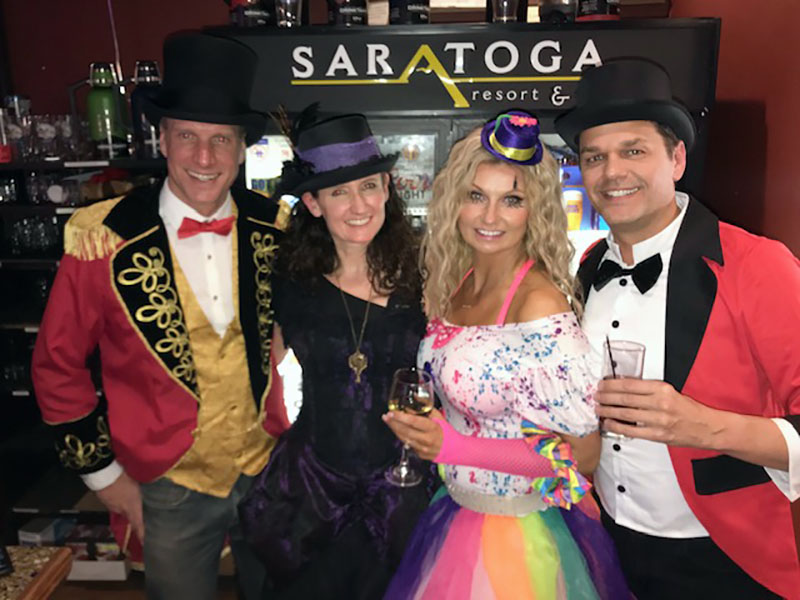 One great example of the passionate boating community was the recent International Snowmobile Rally hosted by Dr. Michael Janssen at his Saratoga Resort & Spa in Wyoming for dozens of his performance boating friends from around the world. While I missed it this year, Speedonthewater.com’s national sales manager Ryan Johnson and his fiancé attended the event and had another amazing time exploring the terrain and soaking in the hot springs. In fact, Raff defended the costume contest she won at the 2019 event by sporting the favorite circus-theme costume at the event.

But now it’s time to stop reflecting and look ahead starting with this week’s Miami International Boat Show.