You are at:Home»Community»Canale Takes Ownership of Sonic Powerboats 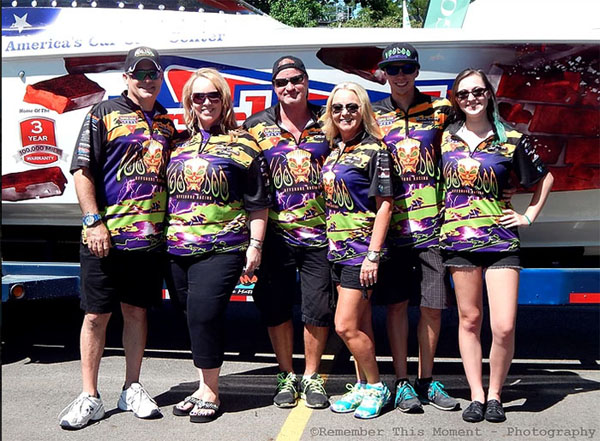 With his wife, Ginger, by his side, world champion offshore racer Tony Canale (left) is excited about his newest endeavor as owner of Sonic Powerboats. Photo courtesy Remember This Moment Photography

Two months after what turned out to be a successful showing at the Florida Powerboat Club’s Key West Poker Run, Sonic Powerboats has announced a major turning point for the Fort Pierce, Fla.-based V-bottom and catamaran builder —a change in ownership. Tony Canale, the owner of Canale Marine in Buford, Ga., has agreed to purchase the company from Anthony Frisina, who has owned the company since 2010.

The deal, according to Frisina, happened rather quickly and became official late last week.

“Tony Canale is one of the best people in the world and his excitement toward this sport and the Sonic brand is beyond words,” Frisina said from his home in New Jersey. “I’ve persevered with this company through some tough times, and now that we’re starting to see the market get stronger and a resurgence in enthusiasm for the brand thanks to the 32-foot cats, our center consoles and other new models, I figured now was as good a time as any to step away. 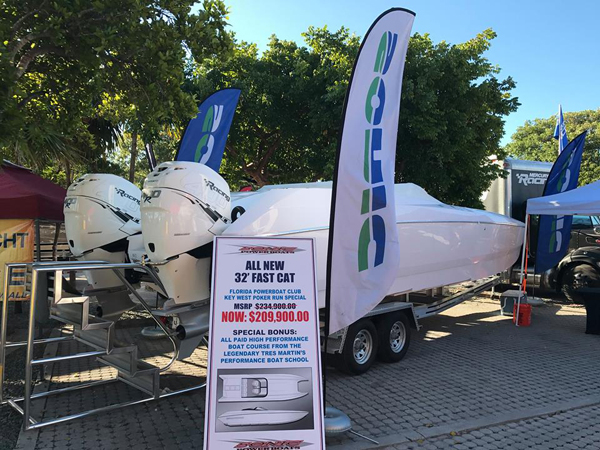 “I’m doing this because I have the opportunity to hand it off to someone I know will pour his heart and soul into this business,” he continued. “I hope Tony and his son, Nicholas, who is incredibly enthusiastic as well, take this company to the next level. I want the Sonic name to live on forever — and I know I’m not the only one. There are a lot of loyal Sonic customers out there and Tony Canale is the guy to create even more.”

Canale, who was appointed COO of Sonic in the fall and has been working closely with the company for more than a year, said he’s a little overwhelmed by the whole thing at the moment. He was aware that Frisina might want him to take over the company eventually; he just didn’t know the time would come so soon. 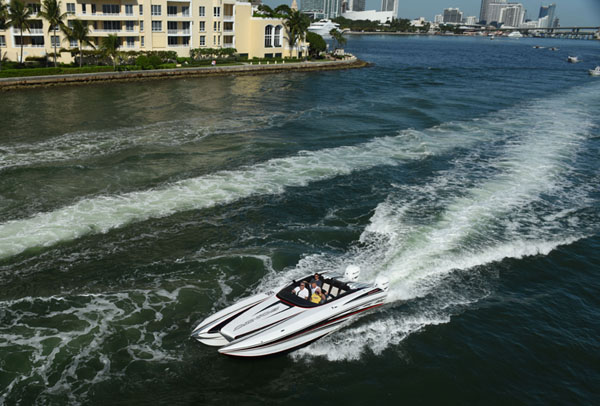 “I’m going to do everything I can to make Sonic prosper and be a thriving boat company,” said Canale, a world champion offshore racer who, in between races with his VooDoo Offshore Racing Team, spent much of his free time in 2016 enjoying poker runs across the country in the new Sonic 32 Fast Cat powered by twin Mercury Racing Verado 400R engines. “Nothing much is going to change in the immediate future. We have a great crew in place with our shop foreman Bruce Carvalho heading up our day-to-day operations. Of course I will be more involved with all aspects of the company from here on out, but everyone seems to be excited about that.”

Along with having a new list of responsibilities on his plate, Canale recently started rehabilitation a couple weeks ago from his fractured C2 vertebrae and expects — once his doctors give him clearance — to race this season alongside his friend Jim Simmons of Simmons Marine. Canale’s former boat, a 35-foot Fountain Powerboats V-bottom, was badly damaged in a violent accident Canale endured with teammate Gary Jones at the Super Boat International National Championships in Clearwater, Fla., in early October (read VooDoo Luck: Surviving an Offshore Race Crash). Canale and Jones were fortunate to escape with non-life-threatening injuries.

Canale, who is very excited about next month’s Miami International Boat Show, said the company will have an updated model on display at the in-water portion of the show with details still to come.