You are at:Home»Community»Cannonball To The Heart

But he would if he could. 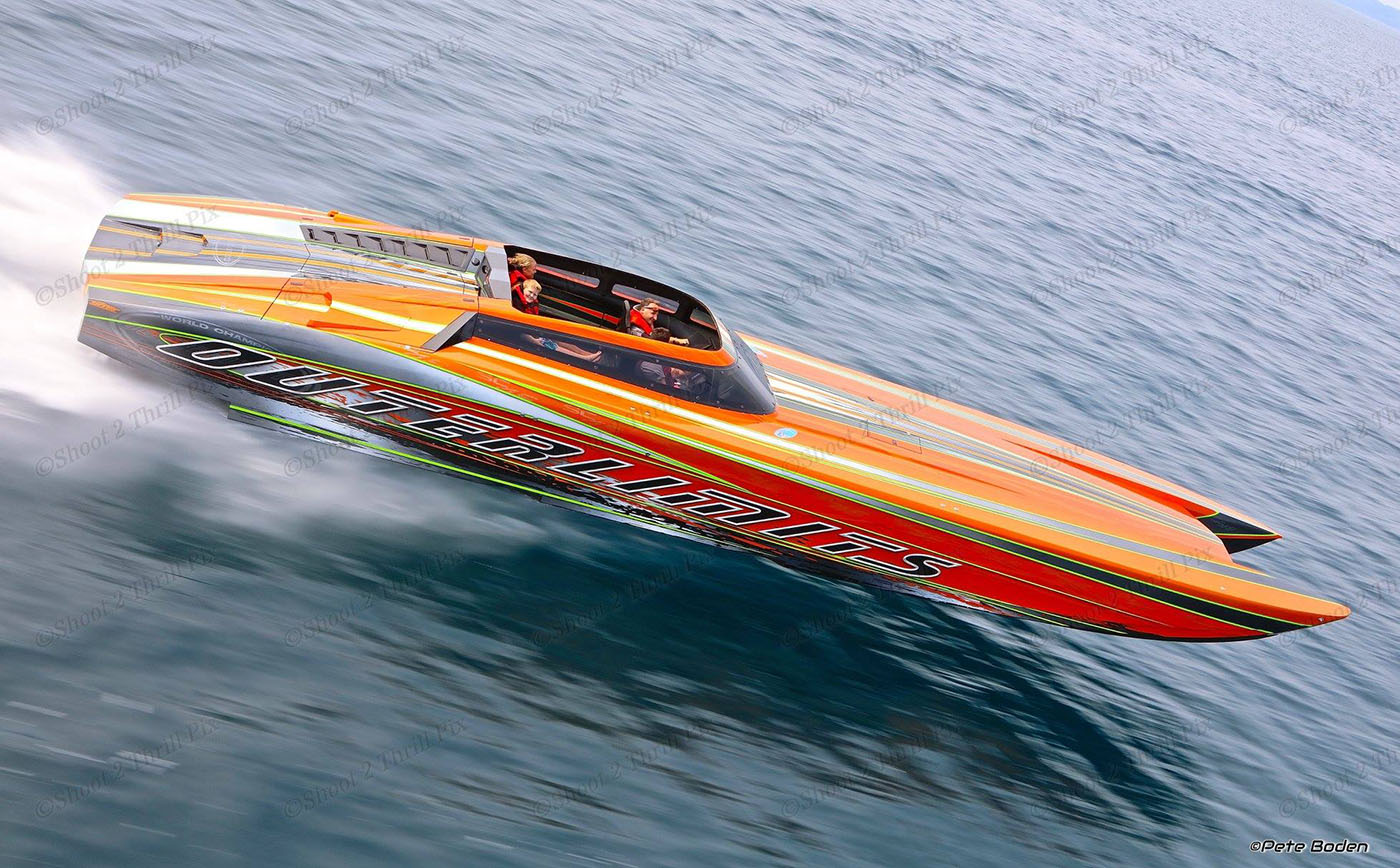 Topless is one of two 46-foot Outerlimits Offshore Powerboats catamaran that will be part of the 2019 Kuttawa Cannon Ball Run. Photo courtesy/copyright Pete Boden/Shoot 2 Thrill Pix.

So it will come as no surprise to anyone who knows Miles that a few weeks ago he found himself blubbering in the front seat of a passenger van that he and fellow Kuttawa Cannon Ball Run organizer Jeff Hoefling purchased for and delivered to Puzzle Pieces, a nonprofit organization in Owensboro. According to its website, Puzzle Pieces “provides a safe environment for individuals with intellectual disabilities and promote independence, life skills, community access and involvement, social interaction, communication, self-worth and build trusting relationships between clients, staff, and families.”

Only a pile of lowlife, knuckle-dragging scum would steal a client transportation van from an outfit such as Puzzle Pieces—the benefitting charity of the third annual Kuttawa Cannon Ball Run set this year for June 21-22—but that’s exactly what happened in early March. And Miles and Hoefling, both title sponsors of the event, didn’t miss a beat.

“Jeff went out and immediately bought them a van,” said Miles. “We paid for it out of sponsorship money and registration fees already collected for this year’s Kuttawa Cannon Ball Run, which just started registration. I think it cost about $5,000, but we already have raised more money this year than we did in our last two years.

“Puzzle Pieces is a really good charity,” he added. “And it’s local. So when we delivered the van to them, I was crying.”

Running on Lakes Barclay and Kentucky, the Midwest Powerboat Association event attracted approximately 60 boats in its first year and 85 boat in its second. Miles said that he and Hoefling, a customer—Miles painted his 42-foot Fountain sportboat—who became a close friend are hoping for a 100-boat fleet this year.

And that fleet should be particularly impressive. As the go-to painter for Outerlimits Offshore Powerboats customers, Miles has leveraged/gently persuaded a few of his favorite Outerlimits clients to participate this year. Michigan’s Burton and Yvette Kirsten are bringing Jet, their SC 46 catamaran that debuted at the 2019 Miami International Boat Show Jeremy Tschida will run Topless—another 46-foot Outerlimits cat—in the event. Vinnie Diorio of Wisconsin likely will be there with his stunning SV 43 sportboat and Canadian Dave Scotto will run his new Team Gotta Go II SL 50.

“People are going to be blown away this year by the hardware,” said Miles. “I think the most impressive boat we’ve had so far at the event is 42-foot MTI catamaran with 700-hp engines.

“This is our home lake, the lake I boat on every single weekend,” he added. “I’m excited to have the Kuttawa Cannon Ball Run coming back for a third year. It’s going to be great event—and we’re already off to a great start.”