You are at:Home»Community»Go-Fast Boating Charity Starts At Home—Even If It Has To Stay There

Had the 2019 Lake of the Ozarks Shootout in Central Missouri been canceled, 32 local charities and eight fire departments would have missed out on $357,000 in donations. Had last year’s 1,000 Islands Charity Poker Run been scrubbed, the wishes of two severely ill children in Make-A-Wish programs would have gone unanswered.

The list, as almost every significant go-fasting boating event has a charitable component, goes on and on. 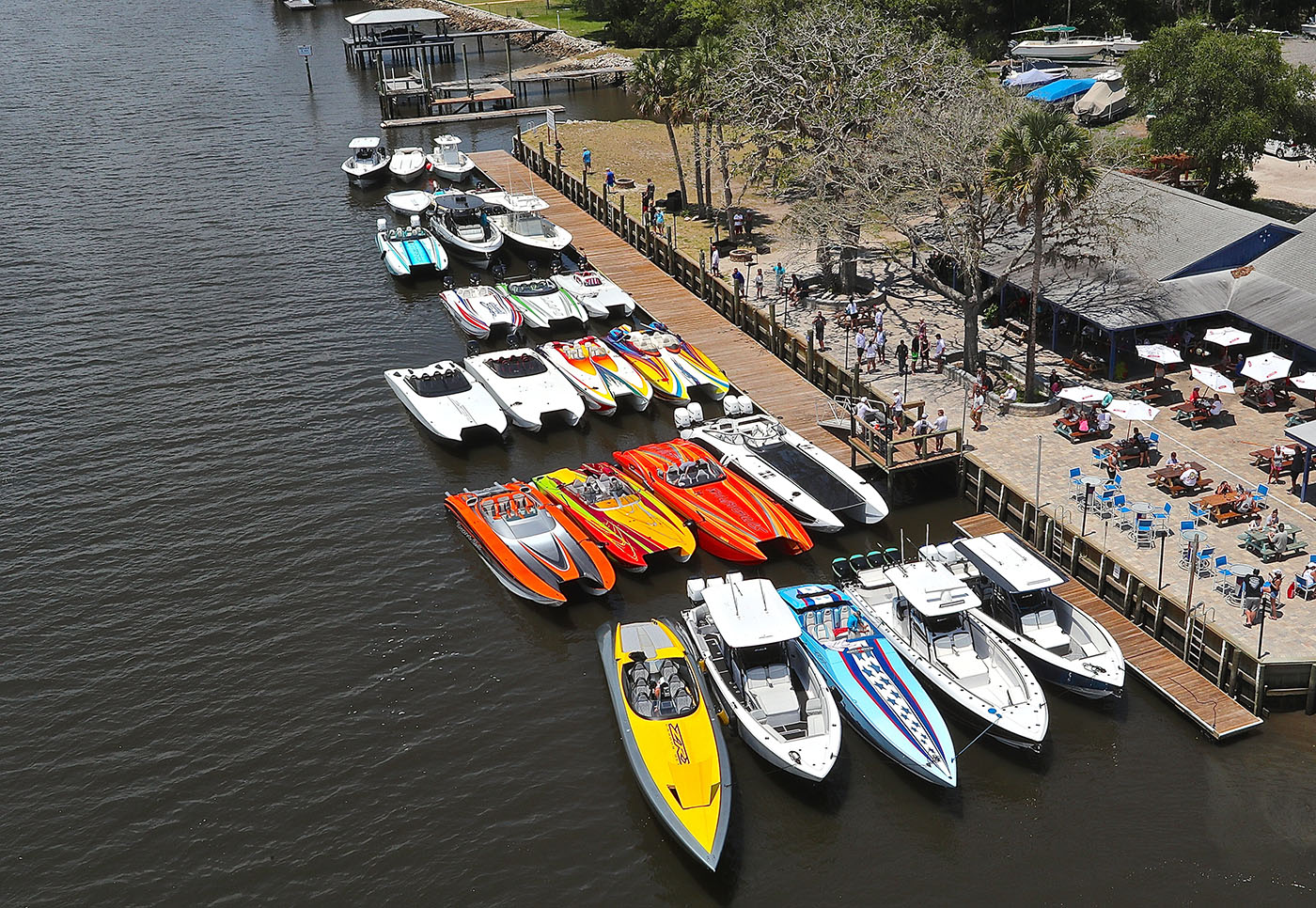 In the event he is forced to cancel the event, Jacksonville River Rally and Poker Run organizer Greg Harris will help registered participants get donations to Camp Amigo, the charity it supports. Photo by Pete Boden/Shoot 2 Thrill Pix.

But what if, in the event your favorite organized poker run or fun run gets canceled this year, you simply donated money to the charity it supports anyway? And better still, why not donate in the name of the supporting event?

Sound like a good idea? Members of the American Poker Run Association, a poker-run organizer Facebook page group, think so. Some organizers such as Anthony Scioli of Elite Poker Runs, LLC, Greg Harris of the Jacksonville River Rally and Poker Run and Shannon Radtke of the Four Horsemen Poker Run said they would even collect them.

“We would,” said Harris. “And we would ask everyone who is already registered if they would like a refund or to just donate the money directly to the charity.”

“I am quite sure that our committee would support following Greg’s idea,” he said.

This doesn’t mean any of the events above, as well as any other poker run or fun run scheduled this season, is canceled (The exceptions to this are the Florida Powerboat Club Spring Key West Poker Run, which was set to depart Miami today, and the Fort Myers Offshore Sarasota Hyatt Run March 27-28.) It does not mean you shouldn’t register for the events you were planning to join this season.

But you are a giving group, the most generous group in the entire marine world in my unflinchingly biased opinion. Charity is ingrained with you. Time after time, you have proven your penchant for giving back.

The good news? Even if your favorite event gets canceled this year, you still can.