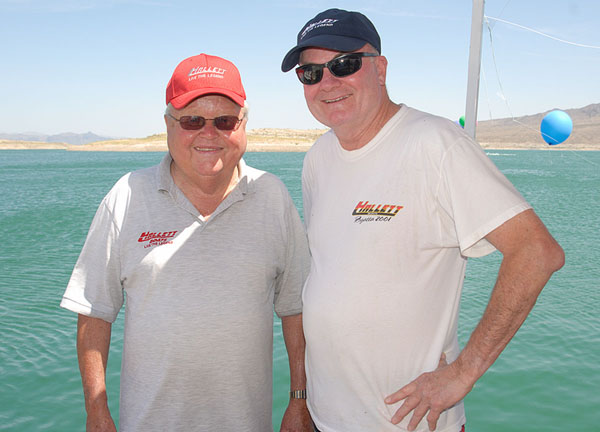 Nick Barron and his brother, Tom, at the 2007 Hallett Boats Regatta on Lake Mead in Nevada. Photo courtesy Bob Brown

Anyone who ever crossed paths with Nick Barron, the founder of the iconic Southern California boat company Hallett Boats, for sure has a story about the first time they met the man who took pride in bringing families together on the water. He was an impressionable person to say the least, and judging from the outpouring of support expressed toward his immediate family and his boating family since his passing on Thursday, March 2, following a setback in his battle with cancer, his impact was widespread.

Bob Brown, a performance boat industry veteran who is a former editor of Powerboat magazine, a go-to marketing/public relations expert for several companies and an organizer behind many events including the longstanding Lake Havasu Boat Show, remembers the first time he met Barron.

“It was at the Salton City 500 boat race in 1962 and Nick was a few pits down from us in his 18-foot flat-bottom,” said Brown adding that he’s really going to miss Barron, who worked and played with in some fashion or another for more than 50 years. “It didn’t happen that day, but he became a lifelong friend from our days at Lake Arrowhead in the ’60s. He was a smart guy; he knew how to sell boats and he made some good business decisions over the years. 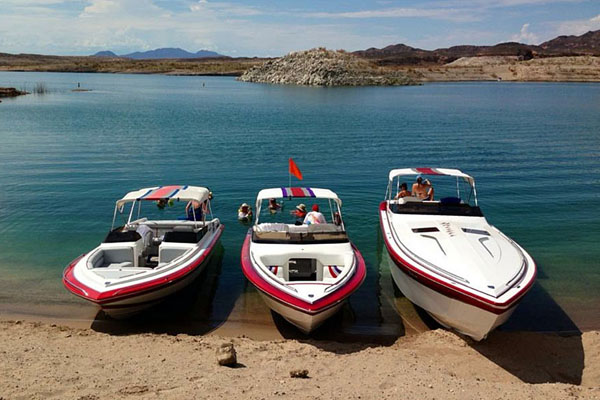 “The best thing I can say about Nick was that he was great at building long-term relationships with his customers,” he continued. “There are many Hallett customers who are third-generation Hallett owners — there’s a lot to be said for that. He built incredible brand loyalty by not only caring about the quality and craftsmanship of his products but about the people and the families using them.”

Besides being familiar with Barron as a kid because his father Kerry owned a Hallett, Jeff Johnston of DCB Performance Boats in El Cajon, Calif., got to know Barron especially well over the last 15 years thanks to stints with Powerboat magazine and Hering Propellers.

“Nick was an icon in this industry and he was like a mentor to me,” said Johnston, whose family has owned three Halletts over the years, including its current 270. “I’m sure going to miss him. He gave so many of us countless and priceless days on the water with our friends and families. His legacy will live on.” 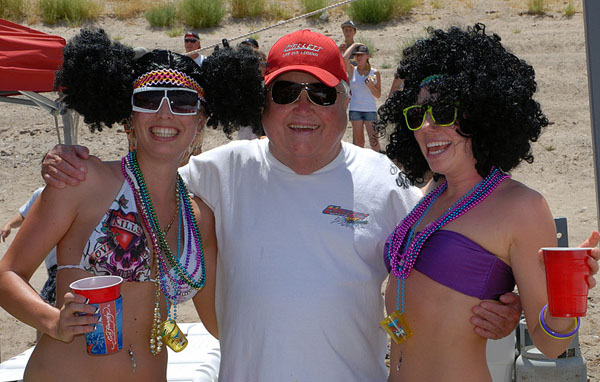 Jerry Barron, who has led the Hallett sales team for decades and is still running the show with production manager Jim Frisbee by his side, said he’s extremely proud of the legacy his dad created some 57 years ago.

“He literally started Barron Boat Works when I was four years old in our backyard,” Barron said. “And he was able to develop such an incredible family-focused customer base over the past six decades. We’re expecting a nice warm reception next week just as my dad wanted. My phone has been blowing up since his passing so I know he made a lasting impact on a lot of lives. Our family thanks everyone for their many thoughts and prayers — they are warmly received and greatly appreciated.”

Barron is survived by his wife of 45 years, Shirley, his brother, Tom, his sisters, Carolyn and Fritz, and his sons, Jerry and Tom.

“Hallett is alive and well,” Barron said. “Nick put us in position to continue the Hallett legacy and we’re going to do just that.”