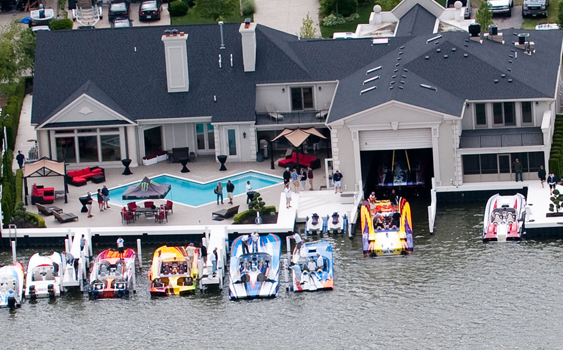 There are quite a few people in the performance boat industry who would be awesome to switch places with for a day, a week or even longer. Take an icon like John Tomlinson of TNT Custom Marine in Miami. Can you imagine a day in JT’s shoes testing a high-performance catamaran while running a high-profile marina complete with a rigging, service and restoration shop? Sounds fun—and busy.

Or how about Paul Ray, president of Ilmor Engineering Inc.? The driving force behind the Ilmor High-Performance Marine engine lineup, Ray oversees a facility that designs engines for both pleasure and race boats, Indy race cars, custom motorcycles, performance road cars and more. If horsepower is your thing, surely it doesn’t get much better than a day in the life of Paul Ray.

From boat builders, offshore racers and poker runners, the list of people that would be fun to trade places with goes on and on. Yet, after spending a little time with Ron Szolack at last week’s Desert Storm Poker Run in Lake Havasu City, Ariz., I think I’ve come up with the first person I’d jump at the chance to get a glimpse into their life. 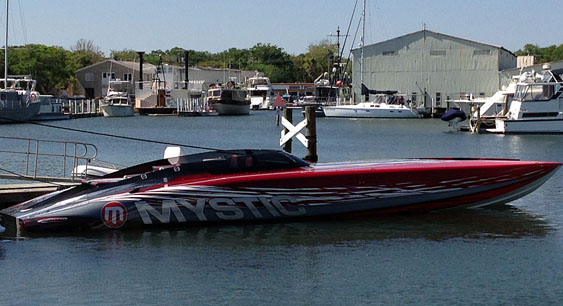 Szolack, who goes by the name “flight club” on OffshoreOnly.com, is a true go-fast enthusiast with a waterfront home in Harrison Township, Mich., that is to die for, trust me I’ve been there. Featuring an indoor boathouse—the property was originally constructed in 1976 by Bud Drettman as the home of Active Catamarans—and eight slips behind the 8,000-square-foot house, the property was remodeled by Szolack in 2005 and includes four bedrooms, six bathrooms, two kitchens, a guest residence, an outdoor grilling area and a saltwater pool.

While that property is reason enough to want to walk in his footsteps, Szolack, who owns Flight Club, an upscale adult entertainment club in Detroit, has owned some of the baddest boats on the planet—and he just bought another one. During our conversation in Lake Havasu, the 45-year-old told me he recently purchased Tom Borish’s 50-foot catamaran from Mystic Powerboats. The boat, the first Mystic powered by twin Mercury Racing 1350 engines, is currently at BoatCustoms.com getting the paint job refinished as Szolack liked the overall paint job but prefers it without the Mystic name on the sides and the deck. 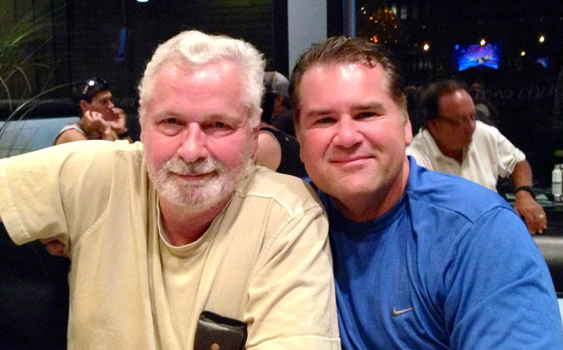 “I’ve never owned a Mystic so I thought I’d add one to the stable,” quipped Szolack, who is adding two Douglas Marine-built Skater Powerboats catamarans to his list of toys—a 30-footer with twin Mercury Racing OptiMax 300XS outboards and a 388 that will be powered by the twin 1,500-hp quad-rotor Sterling Performance engines Szolack pulled out of the Skater 488 V-bottom (one of three ever built) he sold last year. He expects both boats to be finished in time for his annual Flight Club SkaterFest he hosts in June at his home. He’ll also have the Mystic parked in his boathouse, which can accommodate a boat up to 55 feet long and 18 feet wide with a hoist that can handle up to 60,000 pounds.

Szolack said he doesn’t plan on taking the Mystic on many poker runs because of its sheer size. He’ll use the Skaters for out-of-town events and “keep the Mystic in the boathouse until someone is interested and it goes.”

Judging from Szolack’s track record, the 50-footer could “go” sooner rather than later. The Michigan native is notorious for building boats and selling them shortly after, or even before, he takes delivery. He’s owned about 30 performance boats over the years, including 14 Skaters, three Nor-Tech catamarans, three Outerlimits Powerboats V-bottoms, two Marine Technology Inc. catamarans and V-bottoms from the likes of Cigarette Racing, Formula Boats, Fountain Powerboats and Hustler Powerboats.

I’ve been fortunate to “try” many of those boats out as well, but that’s because I tested boats for Powerboat magazine for many years, not because I’ve owned them. And get this—when I followed up with Szolack on Monday afternoon, he informed me that he just purchased a canopied 46-foot Skater that he plans to rig with a pair of 1,600-hp Sterling PSI engines and race in the St. Clair River Classic at the end of July.

What a life. I don’t think I need to explain why I’d like to trade places with Ron Szolack anymore, do I?