You are at:Home»Customization»Behind the Stitches 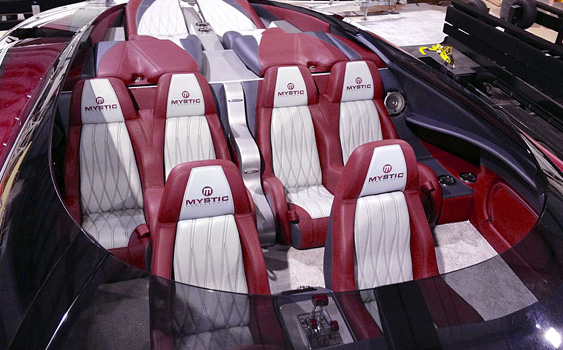 Jamie Borg of Cutting Edge Interiors pulled off a complete retrofit of the cockpit and rear lounges in the first 50-foot catamaran from Mystic Powerboats with twin Mercury Racing 1350 engines.

I’ve met some pretty busy people in the marine industry—some with schedules I envy, some not so much. Jamie Borg’s schedule for the next couple of months is definitely of the latter. Next week, the upholstery specialist behind Cutting Edge Interiors in Punta Gorda, Fla., is off to Missouri to work on a special-edition 42V just in time for Marine Technology Inc. (MTI) to show off the center console at the Miami International Boat Show in February.

From there he’ll fly home to spend a few days with the family before packing his bags, loading his tools and equipment in his truck and trailer, and heading out on a two-plus-month work trip to knock out the interior for at least four boats and a car.

Starting with a jaunt back to Wentzville, Mo., Borg will spend roughly eight days with the MTI crew before heading over to Visual Imaginations in Peculiar, Mo., to work alongside Mark Morris on a new interior for a 388 Skater Powerboats catamaran. Once finished with the Skater, he’ll make his way to Dallas to work on a car for Gas Monkey Garage. From there it’s off to Douglas, Mich., to set up shop and build a custom interior for a new 38-foot Skater, maybe even two 38-footers if the timing is right. 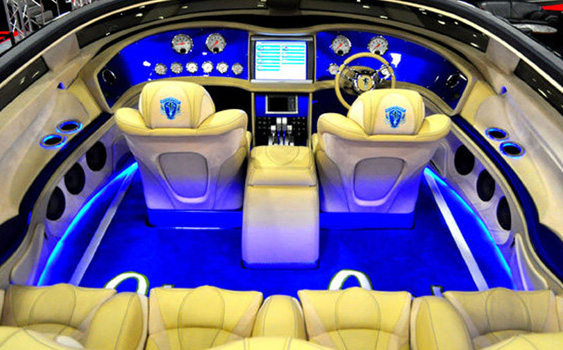 Borg was responsible for the stunning interior on Statement Marine’s second 50 Passion catamaran, Stray Cat, which was on display at the 2013 Miami International Boat Show.

Working 70- to 90-hour workweeks and spending two months at a time away from his wife and two daughters wasn’t exactly the life Borg envisioned when he (and his pregnant wife) moved from New York to Florida after taking a job at Nor-Tech Hi-Performance Boats in Fort Myers seven years ago. And while he isn’t always on the road for eight weeks at a time and he can come home to visit on weekends, the 43-year-old said that hard work is the only way to keep the one-man-shop operation he started four years ago successful and cutting edge. 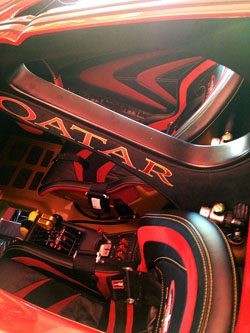 From the side panels and suspension seats to the steering wheel and headliner, Borg was enlisted to create the custom interior for the Qatar Team’s latest race boat, a turbine-powered 50-foot Mystic catamaran.

“There’s no guess work when I set up shop at a manufacturer’s facility,” said Borg, who was responsible for the custom leather and Alcantara interior for the Qatar Team’s 50-foot Mystic Powerboats catamaran and support trailer that debuted last fall. “I close down my shop, load up my equipment, live in a hotel out of a duffel bag for a couple of weeks, then come back home. I don’t mind when I have to go away because I know I’m there for a purpose—to get the job done and move on to the next project.”

Thanks to a reputation for amazing craftsmanship, meticulous attention to detail and first-class materials, Borg, who said he enjoys seeing how each company runs its shop and builds its boats, has worked with the likes of MTI, Mystic, Nor-Tech, Outerlimits Powerboats and Statement Marine, and has been responsible for many recognizable rides, including Kenny Armstrong’s luxurious Phantom MTI. He’s had his hands on many of Nor-Tech’s go-fast boats as of late—his favorite is the new bright green and black 40 Roadster owned by Scott Murray—and he also redid the upholstery in the first 50-foot Mystic powered by twin Mercury Racing 1350s owned by Tom Borisch then Ron Szolack, two notable names in the industry.

“I work under the premise that if you’re paying close to a million dollars or more for a boat, you should get the interior you desire and one that matches the impressive paint job and top-notch equipment used throughout the boat,” said Borg, who honed his craft making sails and spinnakers for the sailboat-racing world and had a shop in New York and contracts with companies such as Sea Ray and Azimuth before moving to Florida to be closer to even more boat companies. “I take a lot of pride in my work and meeting deadlines. I’ll work 17 hours a day if I have to until the boat rolls down the launch ramp.” 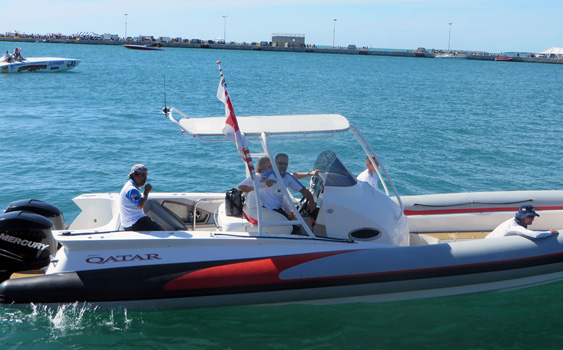 After working on the Qatar Team’s new Mystic, support rig, golf cart and more, Borg was asked to be part of the U.S. crew and drove the team’s rigid inflatable support boat from Cougar Marine in Key West at the world championships.

Thanks to his experience with companies such as Lazzara Yachts in Fort Lauderdale, Borg has been able to utilize some high-end fabrics and techniques from the yacht industry to take his performance boat projects to new levels. Although boats take up the majority of his time, Borg has built interiors for helicopters, personal planes and even classic cars. 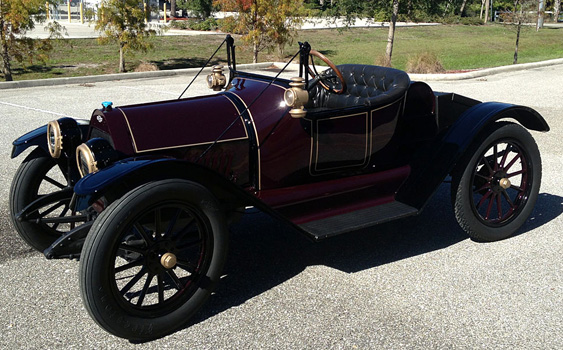 In fact, a recent project he’s extremely proud of is a showpiece for Rick Treworgy’s Muscle Car City Museum in Punta Gorda—the first production car from Chevrolet, a Royal Mail Roadster. Borg installed a new seat, door panels, shifter boot and trunk on the 1914 model, which boasts VIN 001, and is one of only eight in existence.

Still, no matter what car comes his way, Borg remains focused on the performance boats and making them as “luxurious, classy and bad-ass as possible.”