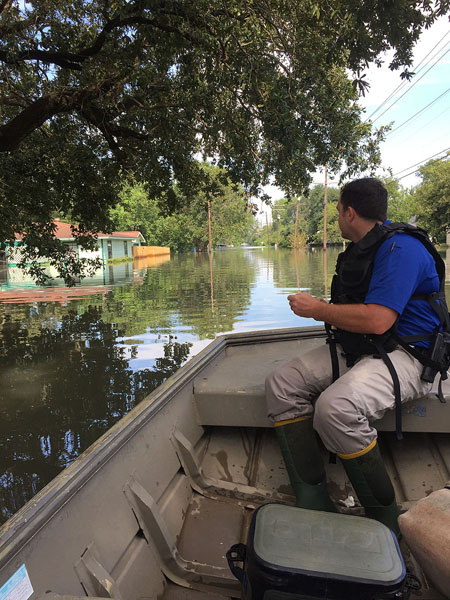 Stretching well beyond the performance boat community—as in mass media via the world’s leading international news sources and the infinite abyss known as social media—the positive stories regarding people using their boats in the rescue efforts following Hurricane Harvey, which devastated parts of Texas in late August, have been incredible.

The latest story shared by Paul Robinson, the organizer of the Texas Outlaw Challenge in Clear Lake, is about a generous $50,000 donation that has spurred on a PayPal page created by the group behind the Texas Offshore Performance Powerboat Squadron (TOPPS) to give back directly to the impacted communities.

There’s also an indirect example of performance boaters doing their part thanks to the team from Louisiana’s Livingston Parish Sheriff’s Office using several boats and high-water rescue vehicles, which were purchased from funds raised by the one-and-only Tickfaw 200 Poker Run in Springfield, La., to aid in the rescue efforts in the Beaumont area. That’s a telling story about how event fundraising can impact a community—and others around it—well beyond that year or the next one. Casey Harrison, one of the organizers of the Tickfaw 200, shared a few images of the team, which includes many water patrol officers who are normally on duty during the Tickfaw 200, working in Texas. 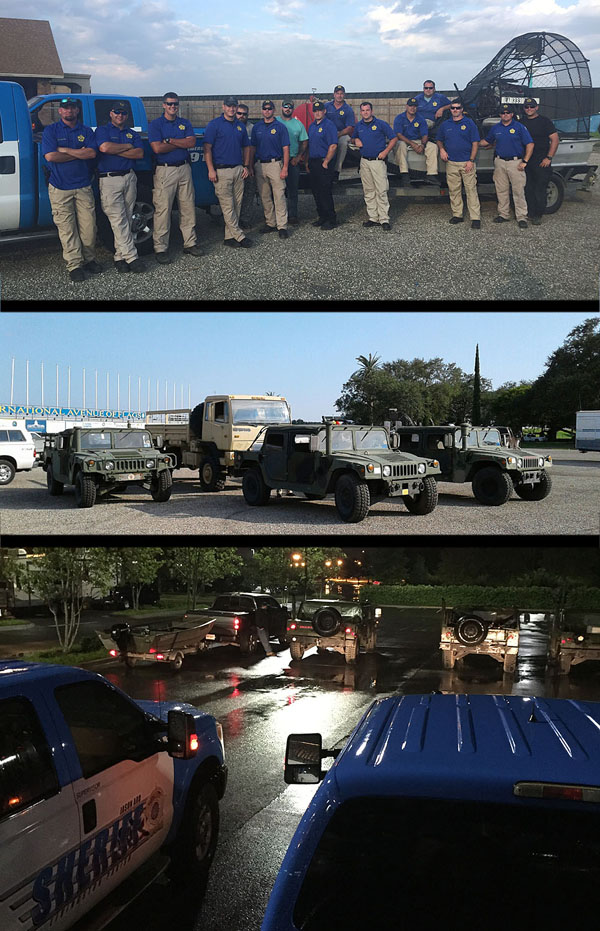 Once the Livingston Parish Sheriff’s Office knew it was safe to leave Louisiana following its own Hurricane Harvey aftermath, the team left to assist in the rescue efforts in Texas. Photo courtesy Casey Harrison

Now, with the spotlight also cast on Florida with more hurricane devastation, it’s important to recognize that the effort from the performance boat community to give back to those in need in Texas hasn’t stopped and won’t for some time.

Days after the hurricane destroyed his home in Dickinson, Robinson got together with the team at Race World Offshore to announce the addition of an offshore race to the 2018 Texas Outlaw Challenge (read the story). Obviously Robinson wanted to make sure everyone knew that the close-knit, big-hearted, Texas powerboat community was going to bounce back from the destruction, and it was going to take assistance from boaters beyond the Texas community, such as offshore racers coming to town nine months from now.

What he didn’t know was that one extremely generous couple, who wished to remain anonymous until Robinson convinced them that publicizing their generosity might inspire others to donate, would seek out a way to donate $50,000 directly to the areas of Houston that needed it the most.

According to Robinson, Doug and Carolyn Comrie, who are well known for their philanthropy and fundraising efforts in the battle against cancer with their Comrie Cancer Foundation in Fort Myers, Fla., said that if a short story would motivate others to donate, they would let him give out their name. 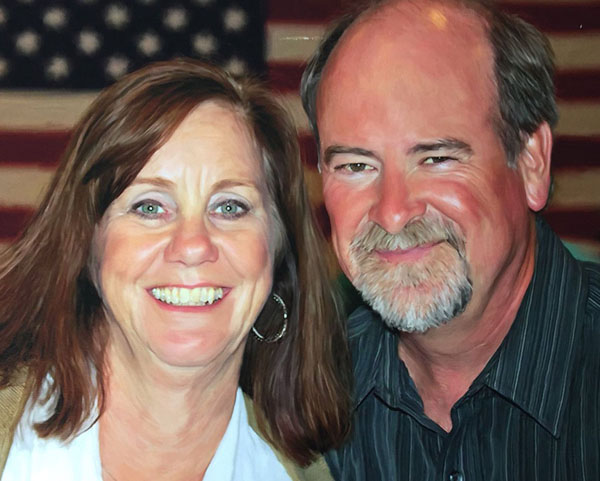 Through friends in the boating community, Carolyn and Doug Comrie made a generous donation to the Hurricane Harvey relief efforts in Texas.

“While ordering a boat from MTI’s sales and marketing manager Tim Gallagher, the extremely generous Doug and Carolyn Comrie asked Gallagher who they could contact in Houston to donate toward the relief efforts,” Robinson said. “Tim sent them my way and I’ve been working with friends at TOPPS, which was already actively involved with many of the water rescues that were taking place.”

Robinson, a past president of TOPPS, is assisting the organization to coordinate the proper non-profit distribution channels to expedite the $50,000 donated by the Comries as well as other donations that are expected to come in via the Paypal page (click here to donate) set up in the name of TOPPS with a purpose of donating 100 percent of the proceeds toward rescue, shelter and recovery efforts.

“We want to make it easy for boaters, or anyone for that matter, to give back—our path is direct to the hand and immediate,” said Robinson, who is living out of a FEMA hotel. “The marine groups are running low on resources so we’re focusing efforts there. Our community organizations are all feeding people and bringing them clothing. In fact, there are many families that won’t be having Christmas here this year, so why wait? We’re taking care of the kids now and bringing them toys while they are struggling to exist in shelters.”

Make no mistake about it, the recovery efforts are just getting started.