You are at:Home»Giving Back»Performance Boat Owners Dive In For Veterans 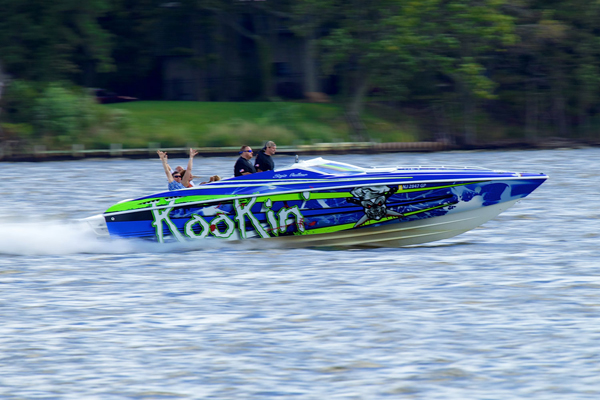 Chef Mike Jurusz brought his Baja sportboat to give rides and may return next year to cater the event. Photos by Tim Sharkey/Sharkey Images.

Among the many joys inherent in Scuba diving is that you are—for the most part—weightless during the activity. You feel as if you’re flying, albeit in slow motion, when you’re underwater. You become Superman. Arms and legs help move you along, but you really don’t need either to enjoy the experience.

All that and more make Scuba diving an ideal adaptive sport for veterans returning from combat with lost limbs. Scuba isn’t just a joyful visit to another world. It’s a confidence-builder—the very act of drawing breath underwater takes courage and a leap of faith. And that, too, makes it an ideal activity for severely wounded veterans.

Enter SUDS, an acronym for Soldiers Undertaking Disabled Scuba, a 10-year-old program for veterans that according to the nonprofit organization’s website “gives permanently disabled service members the opportunity to try a challenging and rewarding activity that can help facilitate the rehabilitation process and be an activity that they can enjoy for years to come.”

About eight years ago while visiting a friend in Rincon, Puerto Rico, Nick Arcuri of Brick, N.J., caught the program in action. He was captivated and decided he wanted to be involved.

Earlier this month, the seventh annual Arcuri For SUDS Fundraiser in Brick brought in $100,000 for the charity, a record for the daylong event, which included a catered lunch and dinner, live entertainment and high-performance powerboats rides for the veterans and their families. Of course, it took a small village of volunteers including Arcuri’s fellow organizers Ray Malaspina and Dave Magliaro, as well Mark Jameson, Steve Monteforte, Laura Santangelo and Mike Jurusz of Chef Mike’s ABG restaurant—a popular waterside restaurant in Seaside Heights—and many more to make it happen. 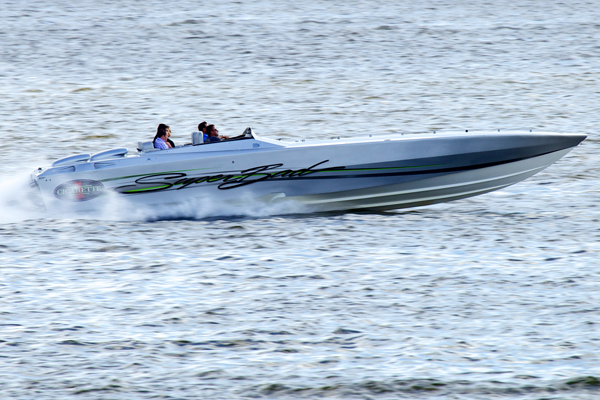 High-performance powerboat owners such as Mark Jameson (above in his Cigarette sportboat) volunteered their time and their vessels for the event.

For the third year in a row, photographer Tim Sharkey was there to capture the event. According to Sharkey, Jurusz, who signed on as an event sponsor this year, may handle the food at next year’s Arcuri for SUDS Fundraiser as its current caterer is retiring.

“It was probably one of the greatest events we’ve had, and that had a lot to do with the veterans being there,” said Arcuri. “The SUDS program means a lot to them. It builds their confidence. The day was beautiful, the boat rides were excellent and the receivables were the highest we’ve ever had. I couldn’t ask for more.”

Even at that, Arcuri described the annual fundraiser as “just getting out of first gear.” Translation? He expects it to be bigger and better next year. He expects to raise more money for the SUDS program in the years to comes.

“I look at is as an opportunity,” he said. “We’re lucky to be involved.”