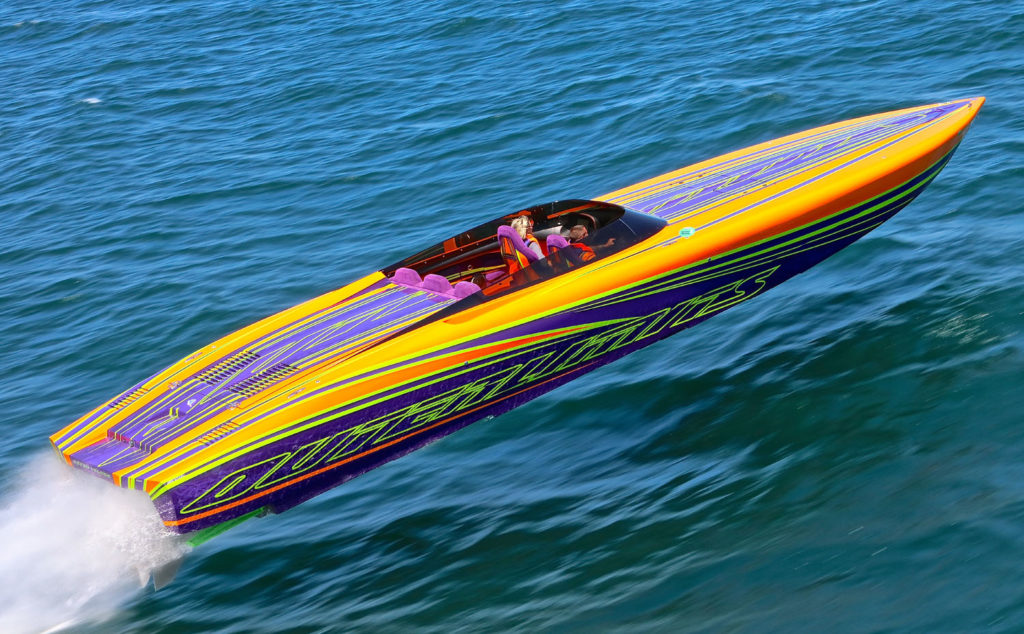 These days, you’d be hard-pressed to find a locally organized poker run, or any kind of grassroots go-fast boating event, in which fundraising for charity isn’t a key component. And that’s a good thing, not just for the benefitting charities but for the general public’s perception of high-performance boating, which—fairly or unfairly—hasn’t always enjoyed the best reputation.

Nowhere in the go-fast boating world does the expression “win-win” better apply.

But have you ever wondered how the organizers of these events choose their benefitting charities? There’s definitely more to it than simply attaching to a big-name nonprofit or going with the cause celebre of the day.

First and foremost, organizers want the money raised to go where it can do the most good. Nonprofit charities with big infrastructure costs are easy to rule out. The basic question is pretty simple: What percentage of each dollar raised actually goes to those served by a given charity? 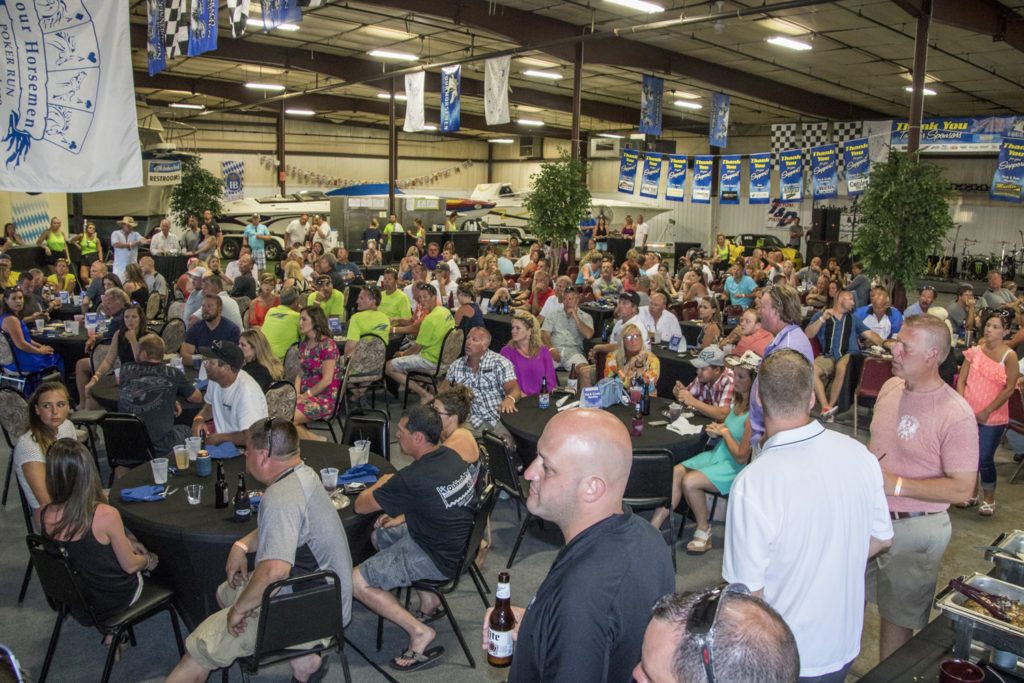 Proceeds from this year’s Four Horsemen Poker Run will go to the Northern Chapter of the American Cancer Society. Photo by Brian Radtke/Media One 7.

That 86 cents of every dollar raised for Operation Stand Down Tennessee goes directly to benefit the veterans it supports convinced Old Hickory Fun Run, Bar Crawl and Raft-Up organizer Chad Collier to choose the charity as the beneficiary of his group’s efforts this year and last.

“First and foremost, I look for who will use the money the best,” said Collier, who has worked with several charities in his event’s six-year history. “I did a little homework on Operation Stand Down Tennessee and quickly found out they were someone I wanted to work with.

“The other thing I look at is what help I can get from them, volunteer-wise,” he continued. “Can they provide volunteers to help out with registration and so on? That’s another one of the reasons Operation Stand Down was so attractive to me. A lot of their people are old Navy guys and they have no problem helping out at the docks.”

In short, Collier and his fellow organizers are looking for a working relationship with the charities they choose to support through their events. Since those events tend to be staffed by their own in-house volunteers, additional labor from the benefitting charities is more than welcome. 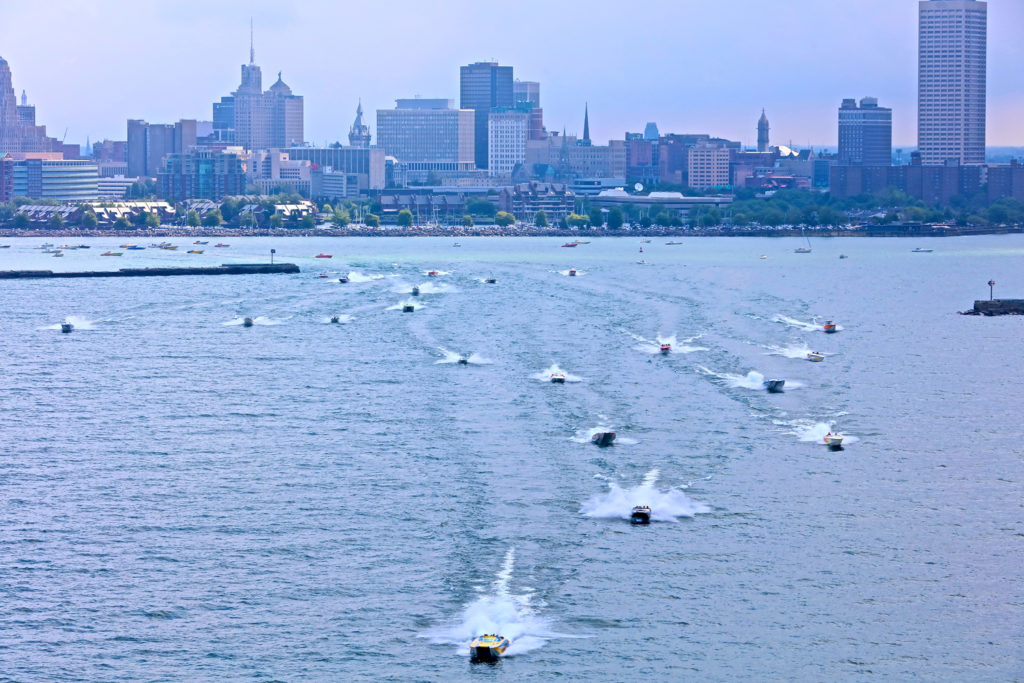 The objectives of putting the monies raised to good use and involvement of those organizations using them tend to be best served by local charities. Last year, the Four Horsemen Poker Run in Oshkosh, Wis. organized by Shannon Radtke took that approach to a granular level by raising $23,000 for a local family in need.

But that doesn’t mean larger, nationally known charities are an automatic rule-out for organizers. This year, the proceeds from the Four Horsemen event will go to benefit the Northern Chapter of the American Cancer Society, through which 75 cents on every dollar goes to those served—and to vital research—by the organization.

“Though the ACS is not ‘super local,’ so much of the money raised (through the Northern Chapter) stays in the state of Wisconsin,” said Radtke. “Last year, they made 400 wigs for people who needed them. They provided hotel rooms and rides. And a bit of the money went to research.” 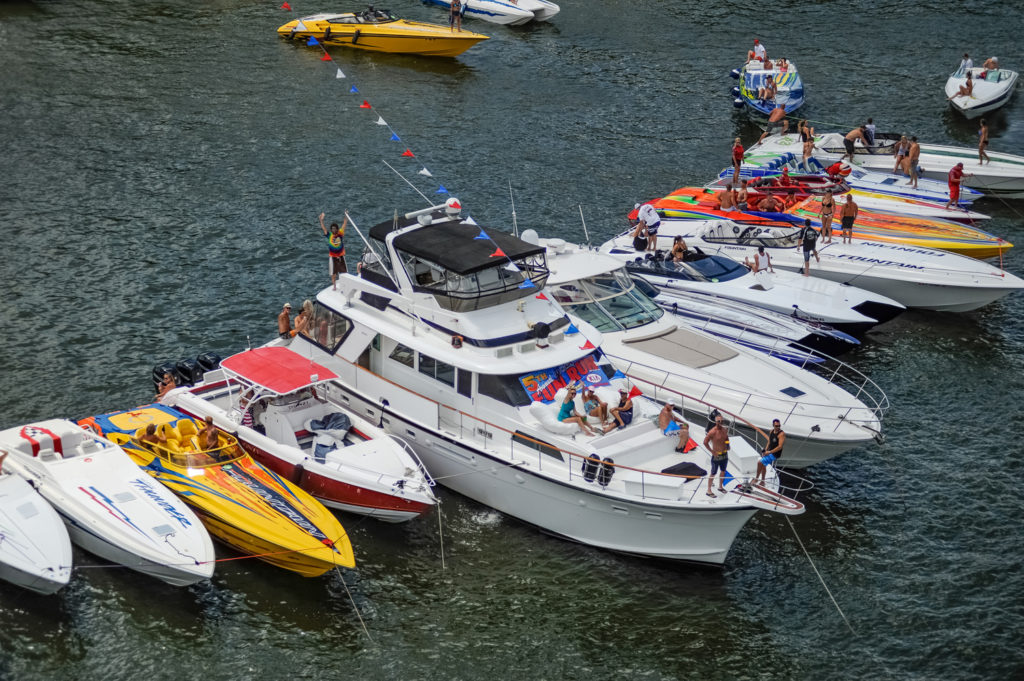 For the second year in a row, the Old Hickory Fun Run, Bar Crawl and Raft Up has selected Operation Stand Down Tennessee as its benefiting charity. Photo by Devin Williams/Devin Williams Photography

“Through members of the Western New York Offshore Powerboat Association there was a strong connection with Excalibur,” said Scioli. “But I’m always looking for a marine-based charity that does good things. In my first year at Erie, I found this maritime school that works with troubled high school kids outside of their regular school environment and has them working on marine-related projects. I think they are building a big schooner right now.”

In some cases, such as that of the Boyne Thunder Poker Run in Boyne City, Mich., organizers work with multiple charities. It’s a worthwhile, if often complicated process, according to Boyne Thunder organizing committee chairman Bob Alger.

“We have three beneficiaries,” said Alger. “One is the Main Street organization and its board, which answers to our city council. They set the percentages of what goes to our two nonprofits, Camp Quality and Challenge Mountain, which has quite a volunteer force that contributes to the event.

“We raised $198,000 last year so I think we could add another charity,” he continued. “But there are a lot of worthy causes in our area so we need to choose carefully. The other thing is once you become part of such a large organization like Boyne Thunder you tend to feel a little self-imposed internal ‘pressure’ because the funds we raise become such an integral part of the various charities’ operating budgets. That’s just part of the good and bad of what we do.”

Like his fellow organizers, Alger said he and the Boyne Thunder organizing committee members have been thoughtful and cautious in the charities they’ve chosen for the event to support.

“We don’t make these decisions haphazardly,” he said. “That doesn’t mean our choices are always on target, but there’s a lot that goes into our thinking.”